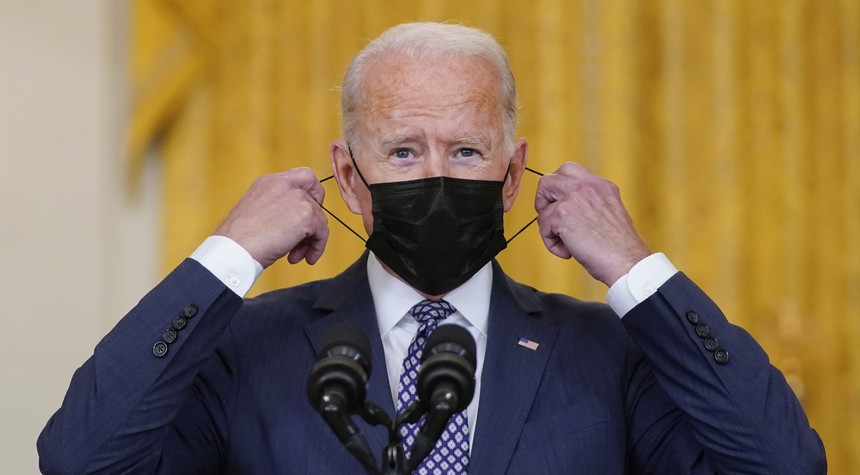 “220,000 Americans dead […]  anyone who is responsible for that many deaths should not remain as President of the United States of America,” Biden declared during the final presidential debate in October 2020. “I will take care of this, I will end this. I will make sure we have a plan.”

Nearly a year later, there have been over 266,000 COVID deaths on his watch. It’s a stunning number considering that Joe Biden took office with two vaccines approved for emergency use by the FDA (Pfizer and Moderna) and another one just about a month later (Johnson & Johnson). By any measure, Joe Biden took office with advantages in combating the virus that Trump didn’t have. In fact, if it weren’t for Trump, Biden’s COVID numbers would likely be even worse. We probably would not have a COVID vaccine yet, let alone three, had it not been for Operation Warp Speed.

According to COVID data from Johns Hopkins University, there have been 664,572 total COVID deaths in the United States since the beginning of the pandemic through September 15, at 12:21 PM. Of those deaths, 266,926 occurred on Joe Biden’s, accounting for just over 40 percent of all COVID deaths.

That’s 40 percent of COVID deaths in eight months, with three vaccines and advances in therapeutics. Boy, you’d think that number would be a lot lower, don’t you think? Roughly 53 percent of the United States’ population is fully vaccinated. When you add into the mix those who have recovered after having COVID and thus have natural immunity, the share of the population at risk of COVID is much lower than it was under Trump. So, again, what’s going on.

…yet a greater share of the population in the United States is fully vaccinated. pic.twitter.com/vOZQSowZWV

Looking at these charts, it sure looks like Joe Biden has botched his response to COVID. He wants to blame the unvaccinated for the rise in cases and deaths, but as the above graph shows, Europe has a lower vaccination rate than the United States, yet still has a lower death rate right now. If things were playing out the same way right now but Trump was still president, he’d be getting blamed for letting COVID get out of control again. So, where’s the media blaming Biden for the larger spike in COVID deaths despite the better vaccination rate of Europe?

Joe Biden needs to be held to the same standard that Donald Trump was last year.