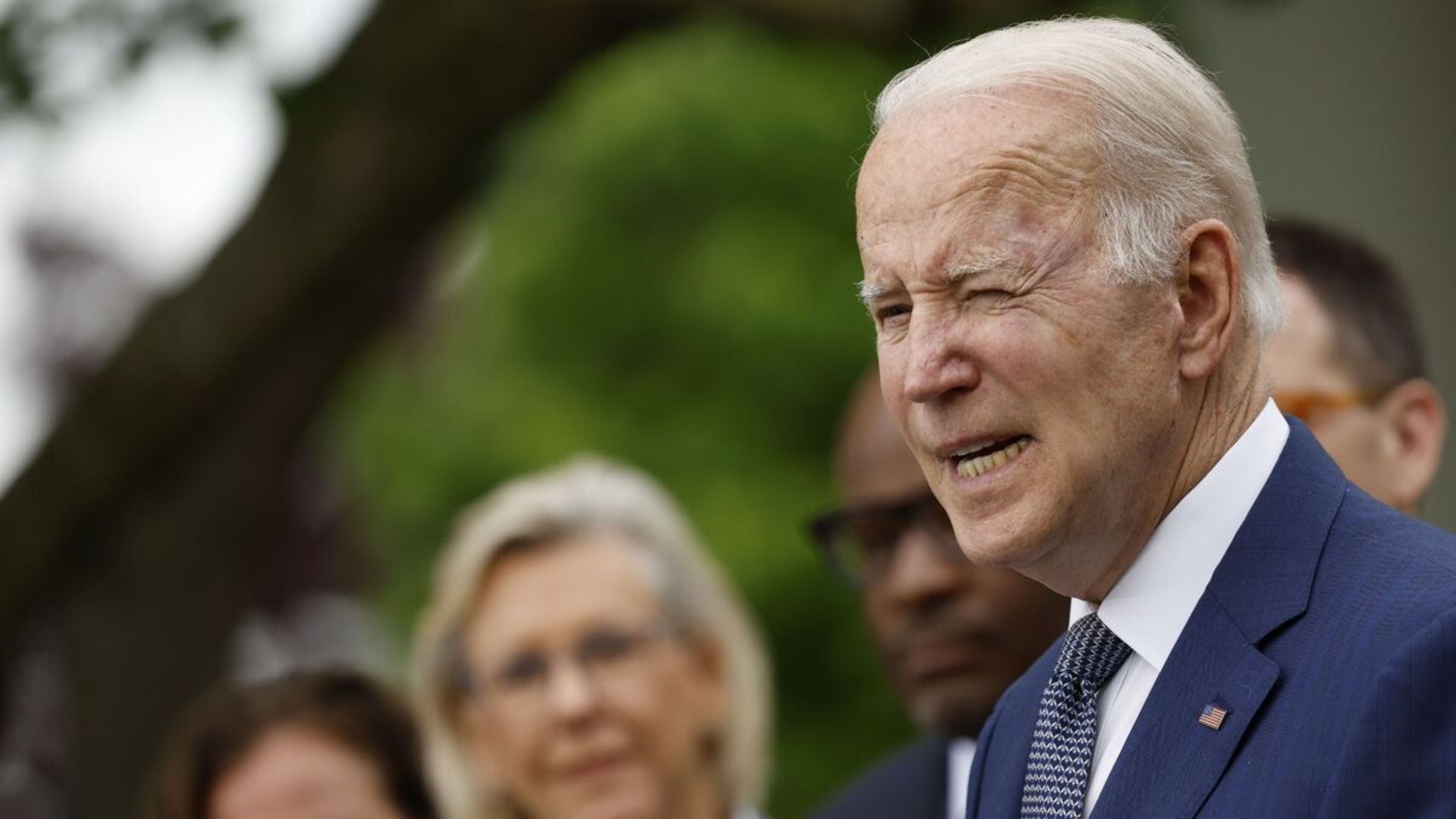 Outgoing White House Press Secretary Jen Psaki recently implied that the president’s new nickname for Republicans — some variation of MAGA, like “Ultra-MAGA” — was something that he created on his own accord. A new report from The Washington Post casts doubt on that claim as it revealed that the nickname was actually the result of a six-month research project conducted by a progressive group in Washington, D.C., as well as a public relations adviser who allegedly assisted convicted rapist Harvey Weinstein prior to his trial.

“Biden’s attempt to appropriate the ‘MAGA’ brand as a political attack was hardly accidental,” The Washington Post reported on Friday. “It arose from a six-month research project to find the best way to target Republicans, helmed by Biden adviser Anita Dunn and by the Center for American Progress Action Fund, a liberal group.”

Dunn worked for the Biden administration until August of last year. She was recently re-hired by the administration. Now, it appears that during her time away from the executive office, she was in part working on this research study to craft the best way to smear Republicans.

In 2017, she reportedly helped the disgraced Hollywood mogul Weinstein conduct damage control after it was revealed he had illegally used his immense position to pressure Hollywood actresses to perform sexual favors in exchange for movie roles. He was convicted of rape after six women came forward against him.

The extent to which she helped him during that time remains unclear, but her previous employer confirmed that a friend had asked Dunn to speak with Weinstein.

Additionally, the Center for American Progress Action Fund assisted in the research project to zero in on Biden’s new talking points.

“All of that extremism gets captured in that brand,” Navin Nayak, president and executive director of CAP Action Fund, said of the term. “We are not trying to create a new word. This is how they define themselves.”

“The polling and focus group research by Hart Research and the Global Strategy Group found that ‘MAGA’ was already viewed negatively by voters — more negatively than other phrases like ‘Trump Republicans,’” the Post reported.

It was not reported how much capital was spent on this effort, but it might have been a giant waste of money. Many Republicans have already embraced the nickname, including President Donald Trump, whom Biden called “the Great MAGA King.”

They studied for 6 months to try to find a slander of the Trump supporters?
That was a great waste of money all right.
Then they came up with Ultra MAGA and MAGA King?
Had they missed the way the “basket-full-of-deplorables” was adopted by the right?
Had they missed how being UNvaccinated has been memed as being a Pureblood?
This isn’t even a bad slander.
It’s saying you can be even more of a Make America Great Again person than you already are.
What’s that say about themselves?

(Oh, and as a side note, often I am told my email is not valid so my posts cannot be accepted.
What’s that all about?)

Yet using common sense, anyone can derive the moniker “dumbass” to describe anyone that legitimately supports this regime.

Maybe they should do some focus group studies and see if people preferred policies that helped the country and people instead of idiot Biden’s polices that intentionally and maliciously DESTROYS the country? I doubt that would take 6 months to develop an agenda.

Dunn is also a Mao worshiper. The first qualification for anyone doing work for this regime is you have to HATE this country. 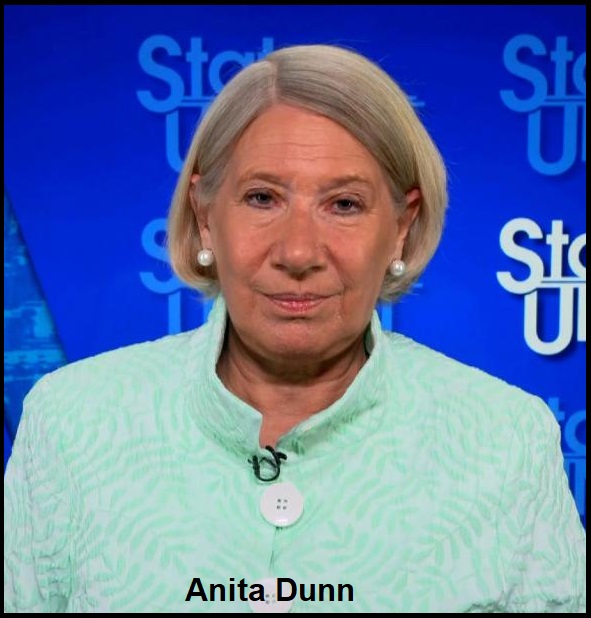 This is the new face of the democrat dis-information gang. This deranged individual is an obama acolyte and a totally anti-American scumbag. Now that this scumbag has reared its ugly head again, it only confirms who is the real operator behind the scenes.

The manufactured crisis we are now embroiled with has been done intentionally.

Anita Dunn also married to Obama’s personal attorney Bob Bauer. Bauer was the lead partner in the Russia gate firm of Perkins Coie. Under his leadership they also were the law firm for the Hillary campaign,Obama for America and the DNC.
He just happened to retire when things began to heat up during the investigation. Amazing how the two were never questioned about their collusion nor was their offices and home ram shacked like Trump advisors.

Woof. If Weinstein had kept that picture with him at all times, he’d never gotten into sexual harassment trouble. NO ONE could get it up with THAT in the room.