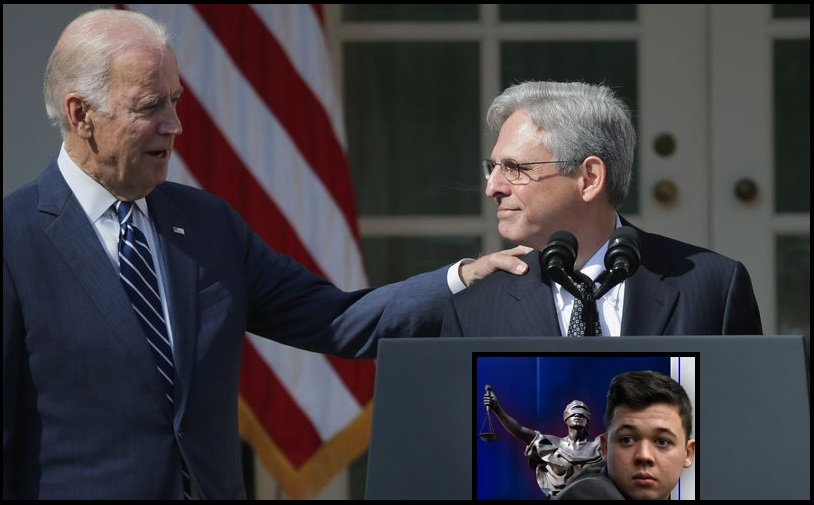 Given this mounting evidence, the position of Attorney General Garland has gone from dubious to ridiculous in evading the issue of a special counsel appointment. https://t.co/MPWeCGS7YS

Attorney General Merrick Garland continued to refuse to address questions over his refusal to appoint a Special Counsel in the Hunter Biden investigation despite new evidence tying President Joe Biden to the controversial business deals. The New York Post is reporting that President Biden agreed to cover more than $800,000 in bills of Hunter, including legal fees tied tied to the foreign deals. While President Biden’s denial of knowledge of Hunter’s deals have been repeated contradicted (including by Hunter himself), White House Press Secretary Jen Psaki declared that President Biden stands by his denials. However, she declined to explain new information showing that a key business partner in these deals visited the White House over a dozen times, including at least one meeting with then Vice President Biden.

The New York Post shows that on Jan. 17, 2019, Hunter Biden’s then-personal assistant, Katie Dodge told accountant Linda Shapero that Joe Biden was covering the legal costs. The email states “I spoke with Hunter today regarding his bills. It is my understanding that Hunt’s dad will cover these bills in the short-term as Hunter transitions in his career.”

What may be even more damaging is the the new disclosure that Hunter Biden’s business partner, Eric Schwerin, made at least 19 visits to the White House and other official locations between 2009 and 2015. Schwerin was the president of Rosemont Seneca, one of the key firms involved in the alleged influence peddling schemes.

As vice president, Joe Biden flew to China on Air Force Two with Hunter Biden, who arranged for his father to meet some of his business interests. Hunter Biden’s financial interest in a Chinese-backed investment firm, BHR Partners, was registered within weeks of that 2013 trip.

There are emails of Ukrainian and other foreign clients thanking Hunter Biden for arranging meetings with his father. There are photos from dinners and meetings that tie President Biden to these figures, including a 2015 dinner with a group of Hunter Biden’s Russian and Kazakh clients.

People apparently were told to avoid directly referring to President Biden. In one email, Tony Bobulinski, then a business partner of Hunter’s, was instructed by Biden associate James Gilliar not to speak of the former veep’s connection to any transactions: “Don’t mention Joe being involved, it’s only when u [sic] are face to face, I know u [sic] know that but they are paranoid.”


Instead, the emails apparently refer to President Biden with code names such as “Celtic” or “the big guy.” In one, “the big guy” is discussed as possibly receiving a 10 percent cut on a deal with a Chinese energy firm; other emails reportedly refer to Hunter Biden paying portions of his father’s expenses and taxes.

There were other connections like an office arranged for Joe Biden by the Chinese, a letter of recommendation written by Joe Biden for a key Chinese figure’s child, and expenses paid out of joint accounts.