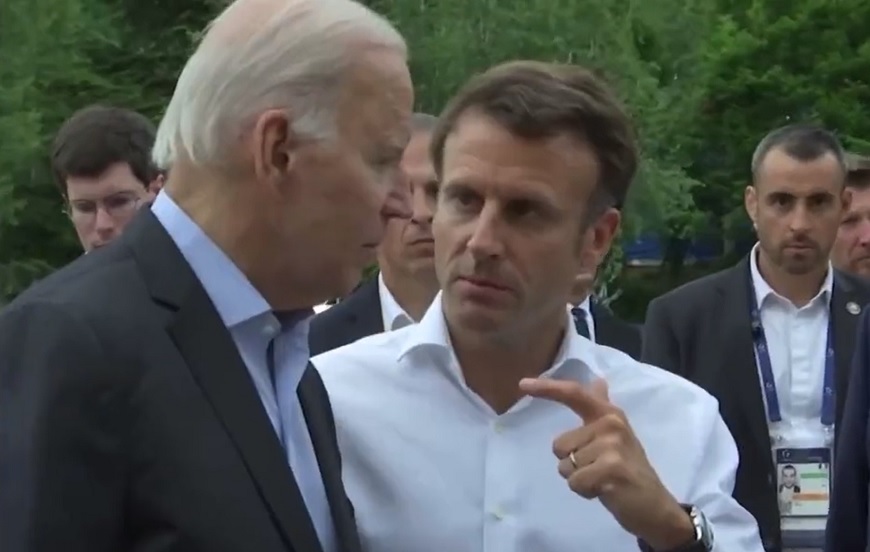 As Michael Shellenberger points out, Macron could have delivered this information to Biden privately.

Instead, he chose to deliver it in front of the cameras and within range of the microphones.

He doesn’t just want Biden to know that the Saudis and UAE can’t produce more oil — he wants the world to know that Biden knows.

“I had a call with MBZ,” Macron said. (MBZ is the leader of the United Arab Emirates, Sheikh Mohammed bin Zayed al-Nahyan.) “He told me two things. I’m at a maximum [production capacity] and [the] Saudis can increase by 150 [thousands barrels per day].”

Biden’s refusal to expand oil and gas production in the US in the midst of the worst energy crisis in 50 years was insane *before* Macron’s revelation.

Now, if Biden doesn’t act, he is effectively renouncing America’s standing as the leader of the free world. https://t.co/wkT9G2ABo5

It is extremely interesting that Macron chose to deliver the information in the way he did, which was within earshot of journalists. It’s almost as though Macron wanted the international news media to report on Macron’s intel, perhaps as a way to pressure Biden to finally act.