Fedsurrection: Under Dogged Questioning About Ray Epps and Federal Agents Inciting Violence at “Insurrection,” FBI All But Admits Their Agents Incited the Riots by Repeatedly Refusing to Deny Epps Works for Them 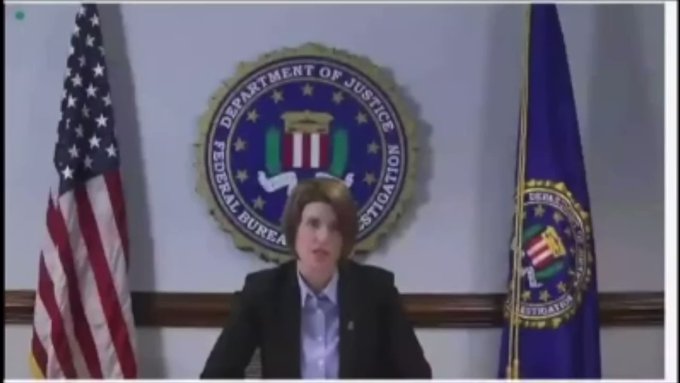 The DOJ representative, Assistant Deputy AG Olsen, just kept claiming to have no information about anything, despite having been repeatedly asked the same questions for the past year. He’s perjuring himself or making himself question-proof by keeping “clean” of useful information, which would be a kind of obstruction of Congress.

The FBI bureaucrat, on the other hand, all but admits that Ray Epps is an FBI agent (small a — agent as in “someone acting at the direction of the FBI”) and that there were other FBI agents present also encouraging the violence.

This is an admission.

"How many FBI agents or confidential informants actively participated in the events of January 6th?"

"Who is Ray Epps?" pic.twitter.com/Haufq3kym2

This isn’t entirely new — Rep. Massie also got stonewalled by the Centrist and Moderate AG Merrick Garland about the same question.

But this feels more like an admission. The FBI’s chief of the National Security Division could not deny that Epps is an agent in their employ.

Earlier today, Senator Ted Cruz attempted to regain his J6 credibility with questions to the DOJ and FBI about the day’s events.

The Senate Judiciary Committee hearing provided the backdrop for an urgently needed modification to the marionette strings. Capitalizing on the opportunity, Senator Ted Cruz (U-DC) asked Jill Sanborn, Executive Assistant Director, National Security Branch at the Federal Bureau of Investigation, about any law enforcement participation in the events of Jan. 6.

Questions were asked, grand protestations were proclaimed, theater lights dimmed to provide the dramatic context, and Ms. Sanborn noted she could not answer the questions. Curiously (or not) there was no follow-up as to “why the FBI was unable to answer”.

We are now supposed to forget that he REPEATEDLY called these American citizens “violent”, “extremists”, “terrorists”. He “asked tough questions”? We shall now pretend he is “one of us”? Why did he not ask those questions last week instead of the slander he aimed at EVERY American who disagrees with him and the rest of the corrupticrats? Were it not for his failed groveling act last week on Tucker’s show, he would never have dared to say the name ray epps out loud.

Cruz is not MAGA, instead he is a cameleon. He can talk a good talk when necessary but will he walk the walk?

Perhaps these are the “terrorists” he was referring to: the FBI informants on site to specifically make sure the protest turned violent. The “terrorist” attack was launched by the left.

How difficult would it be to confirm that, sure, FBI assets were present but, definitely NONE participated in or incited any violence? It’s getting more and more conclusive exactly what went down January 6th and why that ridiculous kangaroo kommission carefully evades any meaningful queries that would yield actual truths. They are all in it up to their sorry necks.

National Guard and beefed up municipal police withheld and blocked and FBI assets on sight actively inciting the violence. Then, blame Trump.

Here we go again, it will take years of FOIA investigations Fed phone searches and whistle blowers to sort this out. Rerun crossfire hurricane. Did Ted just now look at footage taken from those at the capitol on their cell phones that has been on the internet for a year?
Calling those that gathered to peacefully have their voices heard “Terrorists” might be a hole he cannot dig himself out of, even with us who voted for him in the 2016 primaries. We’ve lost that loving feeling whoa that loving feeling. I have a hint for him, get the Brandon political prisoners of J6 released from the 3rd world DC moldy gulag, time served.
I havent forgot Ted the fighter.
There are rules for under cover agents they cant in the course of duties break the law, only BLM and Antifa can.

Yeah, I was a Ted guy in 2016 during the primaries as well. His comments calling the innocent January 6 protestors lost me for good. Many MAGA supportors will not rekindle their support for Ted unless he would actually walk on water. Defending the prisoners in the American Gulag in DC is an easy thing one should be able to do, but his establishment donors called his shot and now he is in a hole and a long way from climbing out.