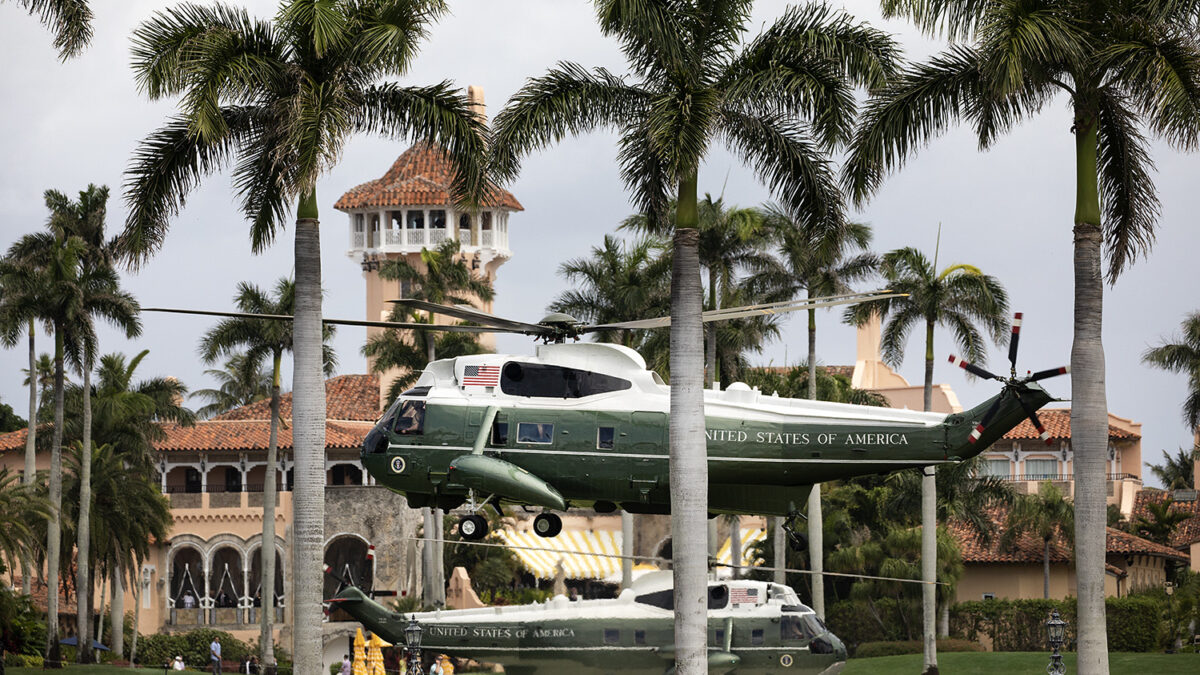 With Monday’s raid of Trump’s Florida home, FBI headquarters has made clear it still sees Trump and conservatives as the enemy.

The FBI’s unprecedented raid of former president Donald Trump’s home has angered Americans much beyond his loyalists. Nonetheless, watch for the bureau to exploit the backlash to target conservative organizations and to find some isolated extremists to entrap Whitmer-style.

The raid at Trump’s Mar-a-Lago residence on Monday raised the volume of voices on the right who have been criticizing the politicization of the Department of Justice and the Federal Bureau of Investigations for six-plus years. But the overreach seen in the search of the former president’s home proved even too great for some Trump critics and even a few Democrats who joined the choir to condemn the raid. Notwithstanding the broad base of the pushback, however, conservatives should ready themselves for further moves by FBI headquarters to target the right, using outrage over the raid of Trump’s home as an excuse.

FBI headquarters has made clear its view of conservatives such as Sen. Ted Cruz, R-Texas, which were exposed last week when Christopher Wray testified before the Senate Judiciary Committee. During the three-hour-plus hearing that the FBI director cut short to catch a plane, Cruz marched through the most extreme examples of the FBI’s targeting of conservatives.

“The simple words, things like the Ku Klux Klan or the Nazi Party, would be symbols” of violent extremism, Cruz stressed, but the FBI training materials instead “included astonishingly patriotic symbols of our nation and our history,” such as “the Betsy Ross flag,” even though Presidents Barack Obama and Joe Biden took their oath of office directly beneath the Betsy Ross flag.

Also included on the list of “symbols of militia-violent extremism,” Cruz continued, was the Gadsden flag, even though Virginia and several other states offer license plates displaying the bright yellow “Don’t Tread on Me” image. The Gonzales “Come and Take It” flag likewise made an appearance on the FBI’s list as indicative of a violent extremist militia, prompting the Texas senator to self-report since the Gonzales flag embosses the back of his boots.

Wray claimed unfamiliarity with the training material but noted that the FBI attempts to caveat such “intelligence products” with a warning “that a symbol alone is not considered evidence of violent extremism.” Yet, as Cruz countered, the FBI did not include Black Lives Matter or Antifa flags or symbols, just the ones displayed by those on the right.

Cruz next highlighted the collaboration between the National Association of School Boards and Attorney General Merrick Garland. The school board association had requested that the attorney general investigate parents as domestic terrorists under the Patriot Act in response to angry parents challenging school mask policies and the teaching of racist critical race theory curriculum. Five days later, Cruz noted, the attorney general sent a memo to Wray asking the FBI to target parents, prompting the bureau to create “a red tag — threat tag directed at parents.”

The FBI director assured Cruz that in response to the memorandum, he told agents that they were not in the business of policing parents’ speech, but the FBI would work with partner law enforcement organizations if threats needed investigating. That Wray believed he needed to address the constitutional right of parents to protest school board policies, however, confirmed the validity of Cruz’s concern over Garland’s memorandum.

With little time left, Cruz mentioned only in passing the FBI’s outrageous targeting of Michigan protesters of Gov. Gretchen Whitmer. A jury found that two of the four individuals tried for plotting to kidnap the governor had been entrapped by the FBI’s paid informant who instigated or incited the planned violence. While the jury could not reach a verdict on charges brought against two other individuals, both of whom will be retried shortly, that even one protester was entrapped by government agents is one too many — just as one violent extremist is one too many.

Law enforcement, however, should be the good guy. But there is nothing good, right, or just about presenting half of America as violent extremists because of their political views or targeting anti-woke parents or conservative protesters, especially while ignoring the violent protesters during the summer of rage.

Without any rigging, Republicans are sure to win the House, Senate, and the Oval Office in the next few years.

Will be a good time to simply require those in positions of power to do their jobs, or be fired for treason.

We see the totalitarian police state approaching. This is what it looks like. Laws, rights, justice, due process or the Constitution does not impede this regime that assumes absolute power. They’ve simply deemed anything that is not promoting socialism and the left is a crime.