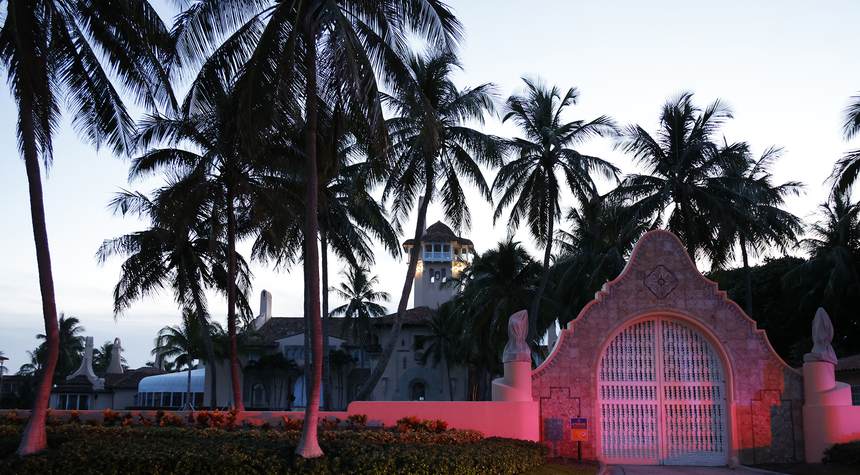 The FBI is dissolving before our eyes into a rogue security service akin to those in Eastern Europe during the Cold War.

Take the FBI’s deliberately asymmetrical application of the law. This week the bureau surprise-raided the home of former President Donald Trump — an historical first.

A massive phalanx of FBI agents swooped into the Trump residence while he was not home, to confiscate his personal property, safe, and records. All of this was over an archival dispute of presidential papers common to many former presidents. Agents swarmed the entire house, including the wardrobe closet of the former first lady.

Note we are less than 90 days out from a midterm election, and this was not just a raid, but a political act.

The Democratic Party is anticipated to suffer historical losses. Trump was on the verge of announcing his 2024 presidential candidacy. In many polls, he remains the Republican front-runner for the nomination — and well ahead of incumbent President Joe Biden in a putative 2024 rematch.

In 2016 then FBI Director James Comey announced that candidate Hillary Clinton was guilty of destroying subpoenaed emails — a likely felony pertaining to her tenure as secretary of state. Yet he all but pledged that she would not be prosecuted given her status as a presidential candidate.

As far as targeting presidential candidates, Trump was impeached in 2020 ostensibly for delaying military aid to Ukraine by asking Ukrainian officials to investigate more fully the clearly corrupt Biden family — given Joe Biden at the time was a likely possible presidential opponent in 2020.

The FBI has devolved into a personal retrieval service for the incorrigible Biden family. It suppressed, for political purposes, information surrounding Hunter Biden’s missing laptop on the eve of the 2020 election.

Yet in a pre-dawn raid just before the 2020 election, the FBI targeted the home of journalist James O’Keefe on grounds that someone had passed to him the lost and lurid diary of Ashley Biden, Biden’s wayward daughter.

At various times, in Stasi-style the FBI has publicly shackled Trump economic advisor Peter Navarro, swarmed the office of Trump’s legal counsel Rudy Giuliani, and sent a SWAT team to surround the house of Trump ally Roger Stone. Meanwhile, terrorists and cartels walk with impunity across an open border.

McCabe, remember, was also the point man in the softball Hillary Clinton email investigation — while his wife was a political candidate and recipient of thousands of dollars from a political action committee with close ties to the Clinton family.

McCabe took over from disgraced FBI Director James Comey. On 245 occasions, Comey claimed under oath before the House Intelligence Committee that he had no memory or knowledge of key questions concerning his tenure. With impunity, he leaked confidential FBI memos to the media.

Comey took over from Director Robert Mueller. Implausibly, Mueller swore under oath that he had no knowledge, either of the Steele dossier or of Fusion GPS, the firm that commissioned Christopher Steele to compile the dossier. But those were the very twin catalysts that had prompted his entire special investigation into the Russian collusion hoax.

FBI legal counsel Kevin Clinesmith was convicted of a felony for altering an FBI warrant request to spy on an innocent Carter Page.

From Hanson’s pen to God’s ears

The FBI is perhaps the tip of the spear when evaluating the administrative state. However, the unelected entrenched bureaucracies are the poison within the federal government. President Trump is correct when he says he would fire 50% of the career bureaucrats.
That might just be a start, the number is closer the 80%.
The federal government has usurped the powers of the states. Eliminating the administrative state and returning those responsibilities back to the states where they belong is the ultimate goal. 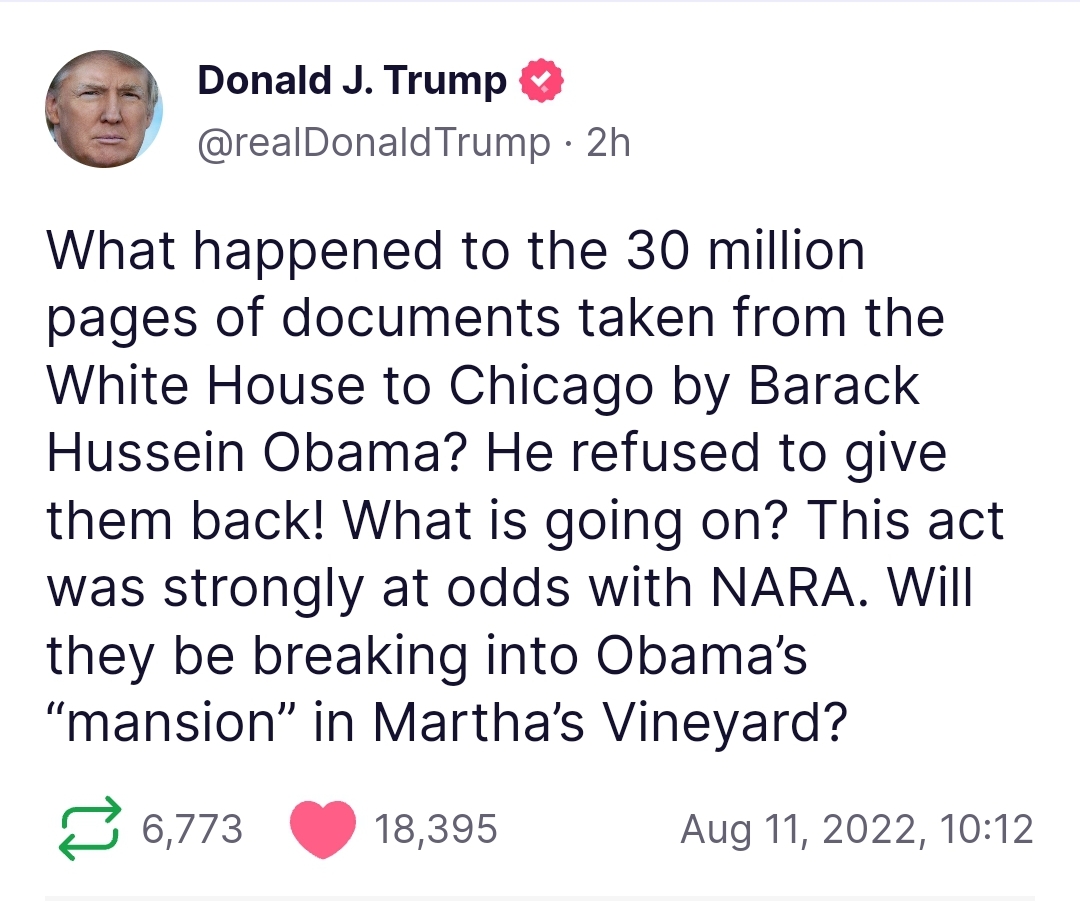 They should but they won’t because they are fascists

Maybe they’re afraid the rising ocean will get them?

He mentions GWB’s boy many times. WITH GOOD REASON!
Conservatives said 21 years ago when GWB put leftist Mueller in charge Bush was making the FBI America’s Stasi. FBI/Stasi’s prim objective would be to persecute and intimidate conservatives. If you were too poor to “take out your wallet and pay attention!” 7 years ago here are some Regan men FBI persecuted (only a few of thousands!):
Flynn, Mansfort, Scaramucci.

CONSERVATIVES, UNFORTUNATELY, WERE 100% RIGHT 21 YEARS AGO!

The agency has become dangerous to Americans and an existential threat to their democracy and rule of law. The FBI should be dispersing its investigatory responsibilities to other government investigative agencies that have not yet lost the public’s trust.

And which ones would that be? ROTFL

Is it true that the real purpose of the raid was to secure some of Melania’s underwear? I saw something like that in a tweet from CNN or one of the other left wing news sources.

How is THAT legal?

Yeah, General Flynn naively thought they both worked for the same government.

There definitely needs to be a purge.

The FBI and DOJ look corrupt and stupid after the presser so they immediately leak some unfalsifiable nonsense to The Washington Post, and people just lap it up. It’s like they’ve learned nothing over the last seven years. Not a single thing.

Oh just like trump was a Russian spy, huh? please if you believe this you’re an idiot. The FBI chose to believe this nonsense because they hate Him. No doubt they knew it was bullshit, and lied to get the warrant. Watch pic.twitter.com/Kz04SiWkh1

“Nuclear documents” seems intentionally ambiguous. They could have said “nuclear codes” but didn’t.

Garland could have explained any of this, but he said nothing and leaked it to WaPo instead.

The DOJ, FBI, and Biden administration have not earned the benefit of the doubt.

So let me get this straight. They're going with "Trump stole nuclear weapon secrets because he's an evil dictator who wants to take over the world?" LMAO.

By Monday, the New York Times will be running a story about how Trump had the Ark of the Covenant

Couldn’t they just use a Geiger counter to search for the nuclear documents? Was he going to build his own nuclear weapons and give them to the Proud Boys so they would have superiority over ANTIFA?

CLASSIC DEMOCRAT PLAYBOOK:
1.) Do a VERY public raid alleging "potential" stolen docs
2.) Say you can't discuss the SERIOUS nature of the case
3.) LEAK to the Washington Post they are NUCLEAR docs
4.) WAIT a week for FULL media saturation
5.) Announce: "Nothing was found."

This is silly. This over-the-top excuse, backtracking to save face, sounds like something the knuckleheaded interns at MSNBC would concoct… It's laughable on its face. Sit in an echo-chamber of weird & you get this… um, nuclear stuff.. yeah, yeah, that's the ticket. https://t.co/kLTbHJd4m2

So, if have this correct, Trump took classified nuke papers, the FBI believes they are somewhere in Melanias’ lingerie, amazing did they get that idea from the assassinated Russian royalty sewing jewels into their corsets?
What a bunch of spaz.

Donald Trump, the president of the United States, stole classified nuclear documents after wrestling the steering wheel from a secret service agent, peeing on Russian prostitutes, and spitting on wounded veterans if you doubt this you’re an agent of Putin https://t.co/RYmIl7bhGH

Dick Cheney’s ad for his Communist daughter accuses Trump of “lying to his supporters.”

Hey, Dick, ever hear of Iraq? How about Afghanistan? Did you lie to Americans about those nations? How many Americans died for your “Ever war” policies?

OK, so Trump was stealing the nuke documents so he could level the NY AG’s office or what?