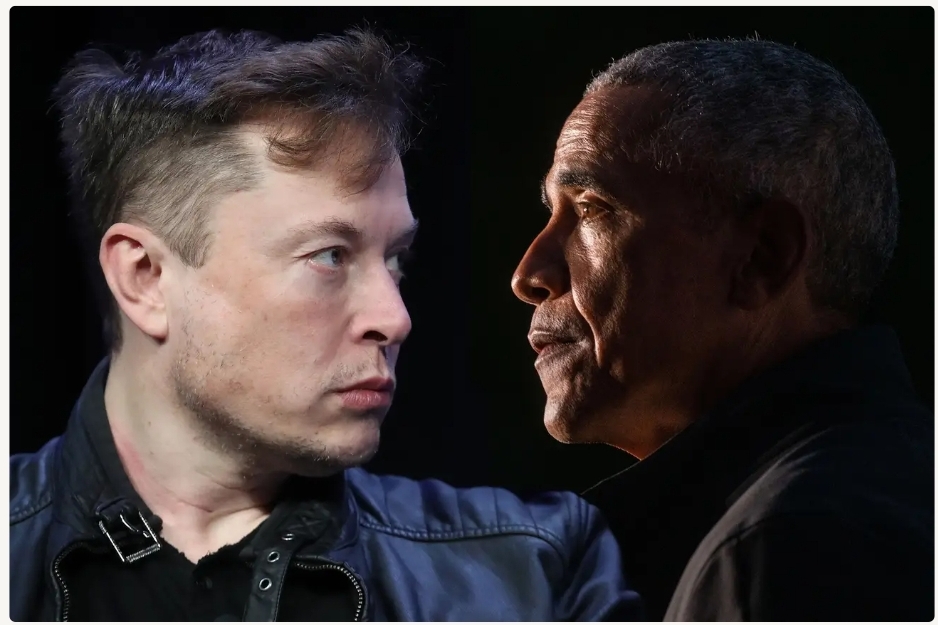 Twitter, the social media platform that led the charge in censoring reporting on the Hunter Biden laptop, was reluctantly forced to approve Elon Musk’s $44 billion “leveraged buyout” Monday after running out of options to block the deal. With that move, the richest man in the world, with a day job running electric car manufacturer Tesla, instantly promoted himself to five-star general of a free speech army fighting to liberate the internet from top-down political control. “Free speech is the bedrock of a functioning democracy, and Twitter is the digital town square where matters vital to the future of humanity are debated,” Musk tweeted in his first statement announcing the deal, where he also pledged to make the platform’s algorithms open source “to increase trust,” defeat the site’s spam bots, and authenticate its human users. “The Berlin Wall of censorship fell yesterday,” internet entrepreneur David Sacks tweeted on Tuesday.

If Sacks had wanted to use a different metaphor, he might have said that Musk had captured a key foothold—a defensible initial position from which to build up forces in an effort to gradually expand the territories in which it’s possible to dissent from the party line on issues like COVID-19 or U.S. policy in Ukraine where discourse has been most tightly regulated. Because, with this latest move, Musk and a merry band of fellow billionaires that includes Sacks and the venture capitalist Marc Andreesen seem to be coalescing into an American counterelite committed to breaking the monopoly on public discourse held by our current ruling class.

On the other side of the skirmish line we have the forces of the bipartisan political establishment under the command of General Barack Obama. The members of this faction are easy to identify because they have been engaged in an unhinged freakout for weeks. Ever since news first broke indicating that Musk was trying to acquire a controlling share of Twitter, his critics have been apoplectic about the dangers to democracy that will be unleashed by allowing users to more freely share and view information. Former Clinton administration Labor Secretary Robert Reich captured the shrill zeitgeist of apocalyptic liberal technocrats everywhere when he warned that Musk’s “libertarian vision of an ‘uncontrolled’ internet [is] also the dream of every dictator, strongman, and demagogue.” Uh, sure, “what linked Idi Amin, Suharto, and Adolf Hitler,” James Kirchick recently noted in The Scroll, “was their belief in unfettered freedom of speech.”

But the official, buttoned-up version of the freakout was articulated by Obama himself. Less than a week ago in a speech at Stanford University, the former president warned that it’s necessary to impose more regulations on the internet, in order to prevent toxic disinformation from destroying American democracy by eroding citizens’ trust. “Once they lose trust in their leaders, in mainstream media, in political institutions, in each other, in the possibility of truth, the game’s won,” Obama told the audience at the Silicon Valley hub. “As Putin discovered leading up to the 2016 election,” Obama said, “our own social media platforms are well designed to support such a mission.”

The Stanford speech was a nearly perfect encapsulation of what is so corrupt about the disinformation discourse—which is, at this moment, frantically being redirected against Musk to force him into playing ball or being painted as a Russian stooge. In the same speech where he made the case for more censorship, even while hollowly proclaiming his commitment to free speech, Obama could not stop himself from echoing the single most destructive piece of disinformation of the modern political era—the establishment’s “big lie” that Russia swung the 2016 election for Donald Trump, a claim that has repeatedly been proved false but is kept alive because it makes such an effective political weapon.

Obama has to uphold the Russian collusion narrative, even if it means spreading disinformation himself, because that extraordinary claim established the basis for the joint government-tech company control over the information environment, which was expanded under COVID and he now wants to fortify. In the current system, which Musk is vowing to change, social media platforms take orders on censorship protocols from government officials and partisan functionaries with titles like “fact-checker” who work inside the complex of NGOs funded by the Democratic Party.

If Obama, or President Biden for that matter, was serious about curtailing the power of the tech oligarchs, they would put aside the culture war rhetoric and act in the national interest by using antitrust laws to break up tech monopolies. That might actually restore political agency to American citizens and political sovereignty to the government. So why hasn’t that happened, and indeed won’t ever happen? Because the Democratic Party relies on the tech companies to fund its political campaigns and regulate what kind of information reaches voters.

The populist movements of 2016 were an attempt on both the left and right to wrest power back from technocratic elites. Those movements relied on figureheads—Bernie Sanders and Donald Trump—because average voters, even when they were tens of thousands strong, were too cut off from the levers of power located inside institutional centers to pose any long-term challenge to the American ruling class. Even Trump, at the time supposedly the most powerful man in the world, couldn’t quash the false Russia collusion narrative or keep himself from getting booted off of Twitter, and was forced to mope off pathetically like he was just another anonymous troll account.

Um, whatever Leftists say…just assume the opposite and you’ll be correct 100% of the time.

You mean like “the border is closed” from the Secretary of the Ministry of Truth, Mayorkas? There can be no mistake that these corrupt reptiles simply take great pleasure in flaunt their power and ability to abuse it. Mayorkas loves the fact that he can tell such proven bold-face lie and not be held accountable. HE wants to be telling US what the truth is. THERE is where Obama should be worrying about the destruction of credibility and trust. But, he is in on the game.

Yeah
he says they have operational control.
his vernacular is they are controlling the operation of smuggling in illegal aliens to rob our treasury through welfare, etc, smuggling in drugs to kill our youth and smuggling in children for sex trafficking.

That is the biden regimes operational control

We have high hopes but few expectations. He is not a conservative, dont think he will be all libertarian. It is highly entertaining to see him twist a few tails of the cry bully victim status claimers. He has seen what becomes of a country with the wrong characters in charge.

I’ll definitely believe it when I see it, but as the tweets say, it has forced the left to come right out and declare that fear free speech, oppose free speech and want to have full control of speech. Maybe I’ll think of a reason to join Twitter.

I'll keep pointing it out: the leading agitators and activists for censorship are employees of media corporations — in part because they believe only they can be trusted to speak, in part to eliminate competition as they collapse.@ElonMusk has forced them to say it explicitly: https://t.co/B8cgM4hYyg

But that someone who is given the job title of "journalist" by the HR Department of Warner Bros. Discovery Corp. can read a story about Homeland Security creating a "Disinformation Board" and celebrate it as "common sense" shows not only why CNN is dying but why it deserves to.

People will link to things that prove they are liars and democrat shills! I see a lot of 404 page cannot be found in the near future, screen shoot it all.

It is, let us say, hardly ideal in a democracy to depend on the whims of a billionaire who seems to get off on winding people up to secure the basic constitutional protections of free speech.

Precisely correct. It is ridiculous to have to rely on billionaires and $43 billion in order to have free speech in just one venue. That’s as ridiculous as having to pass laws to make Democrats follow and enforce laws already in place. It is unnecessary redundancy to an absurd degree.

If Democrats don’t want to abide by or cannot survive under the Constitution, then let them be gone.