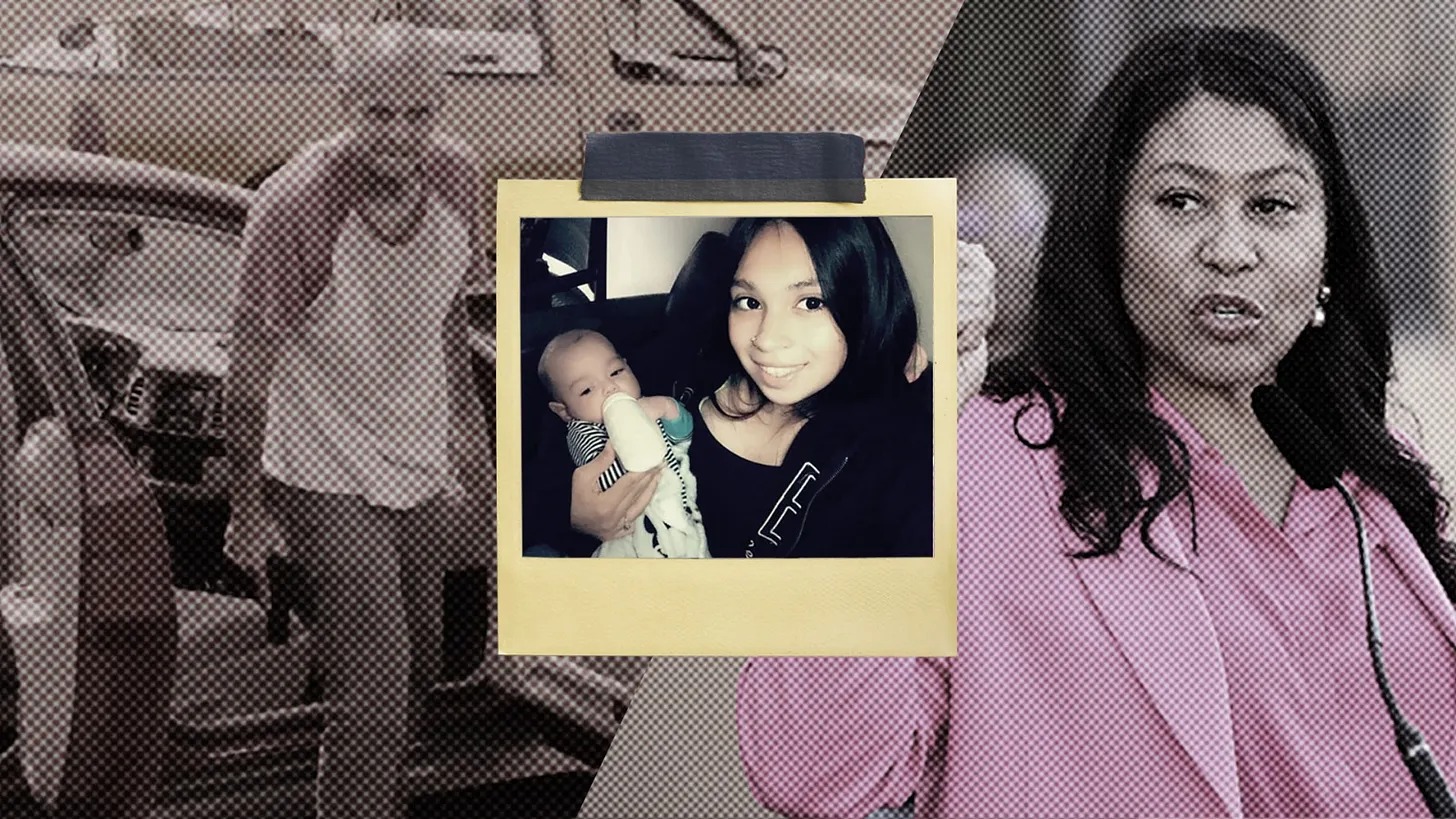 by Leighton Woodhouse and Michael Shellenberger

Over the last 30 years, many voters and policymakers in California and other states came to believe that decriminalizing drugs would reduce and even end drug-related violence in America. As drugs like marijuana were decriminalized and penalties for the possession of harder drugs were reduced from felonies to misdemeanors, the thinking went, we would see a decline in criminal gangs, mafias, and cartels that use violence to control production and distribution and to resolve disputes over market territory.

It’s now clear that the opposite has occurred. California’s marijuana decriminalization incentivized Mexican drug cartels to create illegal farms in the state’s redwood forests and bring their criminal lifestyles along with them. Cartel-connected murders, gun fights, sex trafficking, and missing persons are on the rise in Humboldt County. Environmental pollution from illegal pot farms is increasing. And the cartels have so frightened residents that they asked reporters with The Los Angeles Times not to use their names.

Meanwhile, California’s 2014 reduction of drug possession from a felony to a misdemeanor, and the de facto decriminalization of open-air drug markets by the city governments of San Francisco and Los Angeles, greatly expanded the reach of the Sinaloa cartel. Young men from Honduras, who are in the U.S. illegally, and protected by California’s sanctuary laws, publicly deal drugs supplied by the cartel in downtown San Francisco.

Just last week, a small town in California’s Central Valley saw a cartel-style killing of six people, including a 72-year-old woman, a 16-year-old girl, and her 10-month-old baby who she was cradling in her arms as she ran away from the killers. The massacre has raised the specter that the brutal violence that plagues much of Mexico, including the killing of children and family members by drug cartels, has arrived in the U.S. The killing occurred in the small city of Goshen, about a 30-minute drive southeast of Fresno on highway 99.

“We don’t know what it is yet,” said reporter Ioan Grillo, a journalist who has covered the Mexican drug cartels for 20 years. “I’d be surprised if the cartels were directly doing it because the Sinaloa cartel doesn’t want to bring all the heat on their people in the area. But whatever it is, I think it’s significant. You do not want this to become the norm in the United States, where cartels are everywhere.”

Grillo noted that the Mexican mafia in the 1990s banned drive-by shootings by its members because they killed too many bystanders. Other gangs followed, resulting in a significant decline in homicides in California from the 1990s through the early 2000s. By contrast, the Mexican cartel has routinely used psychotic and sadistic mafia hitmen, known as sicarios, to kill, torture, and rape family members of their competitors.

Decriminalization need not result in open-air drug dealing, unregulated marijuana cultivation, and cartel-style killings. The Netherlands allows for the sale and consumption of marijuana, and both the Netherlands and Portugal have reduced penalties for drug possession. But neither country allows open-air drug dealing or drug use. And both put pressure on drug addicts to recover from their addiction, interdict hard drug distribution, and tightly control the production and sale of marijuana.

And though we don’t yet know who was behind the cartel-style killing, Grillo expressed fears that the violence signified a changing of norms. “It could be they’ve started not respecting the rules anymore and are like, ‘We’re gonna teach them a lesson! We don’t care!’ Or it could be that it was done by some renegade members of the cartels, or by people from Mexico who have been in the cartel wars in Mexico.”

What, exactly, is going on? Why did decriminalization in California go so totally awry? And what can be done to prevent the United States from going the way of Mexico?

The 2015 film, “Sicario,” opens with a scene of the FBI raiding a house in an unremarkable desert subdivision outside Phoenix, Arizona. The house is owned by a drug lord of Mexico’s Sonora cartel. Hidden behind the drywall, the agents find dozens of corpses of the cartel’s victims, men and women alike. The discovery portends a new reality: Mexico’s drug wars have arrived on the northern side of the border.

The conceit of the movie is, for now, fiction. In real life, notes Grillo, Mexican drug cartels restrain their violence in the U.S. In 2010, for instance, Ciudad Juarez was the murder capital of the world, while El Paso, which would be the same city as Juarez if not for the national border running between them, was one of the safest cities in America, notes Grillo.

There were two notable exceptions to this restraint. The first was a series of assassinations by the Zetas, a gang headed by former Mexican soldiers, in Texas in the early 2000s. The second was the infamous case of  Los Palillos, who dissolved their victims in acid in Southern California between 2004 and 2007.

By contrast, in Mexico, cartel violence reached levels of depravity comparable to those reached by Central American death squads in the 1980s, and by Middle Eastern governments for decades. One massacre had 72 victims; the largest mass grave yet found contained nearly 300 bodies. Cartels have battled the Mexican military for days at a time. Just a few weeks ago, the Mexican military captured El Chapo’s son in a combat operation replete with helicopter gunships.

American cities have long been plagued by drug dealing and the crippling addiction it spawns. But there’s a big difference between what drug dealing looks like today in cities like San Francisco, Seattle, and Salt Lake City and what it looked like a generation ago. One of the biggest differences is that, in the main, the dealers are no longer American. They’re foreign nationals.

Most of the high-volume, full-time drug dealers on San Francisco’s streets are from Honduras. They’re brought to the United States by coyotes paid for by Mexico’s Sinaloa cartel. While the dealers don’t technically work for the cartel, it’s in much the same way that an Uber driver doesn’t work for Uber. The cartel isn’t their direct employer, but the entire operation the dealers are plugged into is controlled by the cartel, and the cartel is their sole supplier.

Contrary to the claims of local politicians and activists in San Francisco, including former District Attorney Chesa Boudin, the dealers are not victims of human trafficking. They come to the United States of their own volition. They’re on the hook to pay back the cartel for the expenses of smuggling them into the country, but at their typical earning rate (up to and exceeding $1,000 a day), that only takes a couple of weeks.

San Francisco has de facto decriminalized drug dealing. Dealers are clustered by the dozen on certain blocks in the Tenderloin and SoMa districts, selling drugs in plain view of the public and the police to users who smoke and inject even less discreetly than the dealers deal. Vast swathes of downtown San Francisco have become open-air drug markets, where addicts and dealers outnumber ordinary people by ten to one.

And on the rare occasions when dealers are arrested and charged, they can count on San Francisco’s Public Defender to do everything in his power to get them back selling on their corners again. Public defense attorneys are obligated to defend their clients zealously, but Mano Raju, San Francisco’s Public Defender, goes way beyond that duty. Raju seems to regard his job as not merely to defend individual drug dealers in court but to protect the entire Sinaloa drug cartel operation from being disrupted by law enforcement.

When San Francisco police officer Daniel Solorzano, who is half Mexican and half Nicaraguan and whose first language is Spanish, offended the Public Defender by arresting too many Honduran drug dealers, Raju, with the help of the ACLU, filed a motion in court accusing him of anti-Latino racism.

Grillo noted that the Mexican mafia in the 1990s banned drive-by shootings by its members because they killed too many bystanders.

And both put pressure on drug addicts to recover from their addiction, interdict hard drug distribution, and tightly control the production and sale of marijuana.

Democrats do the exact opposite; they ENCOURAGE drug use by opening centers to make it “safer” instead of forced treatment of addicts. This makes sure the cartels always have plenty of customers and, of course, our wide-open southern border makes sure the flow of drugs and profits continues unabated. The only thing that infringes on the cartel’s drug profits is the more lucrative human trafficking business, which the Democrats also encourage and subsidize.

Have they considered the possibility that these people were killed because they didn’t make their payments for being ushered across the border back to the cartels?