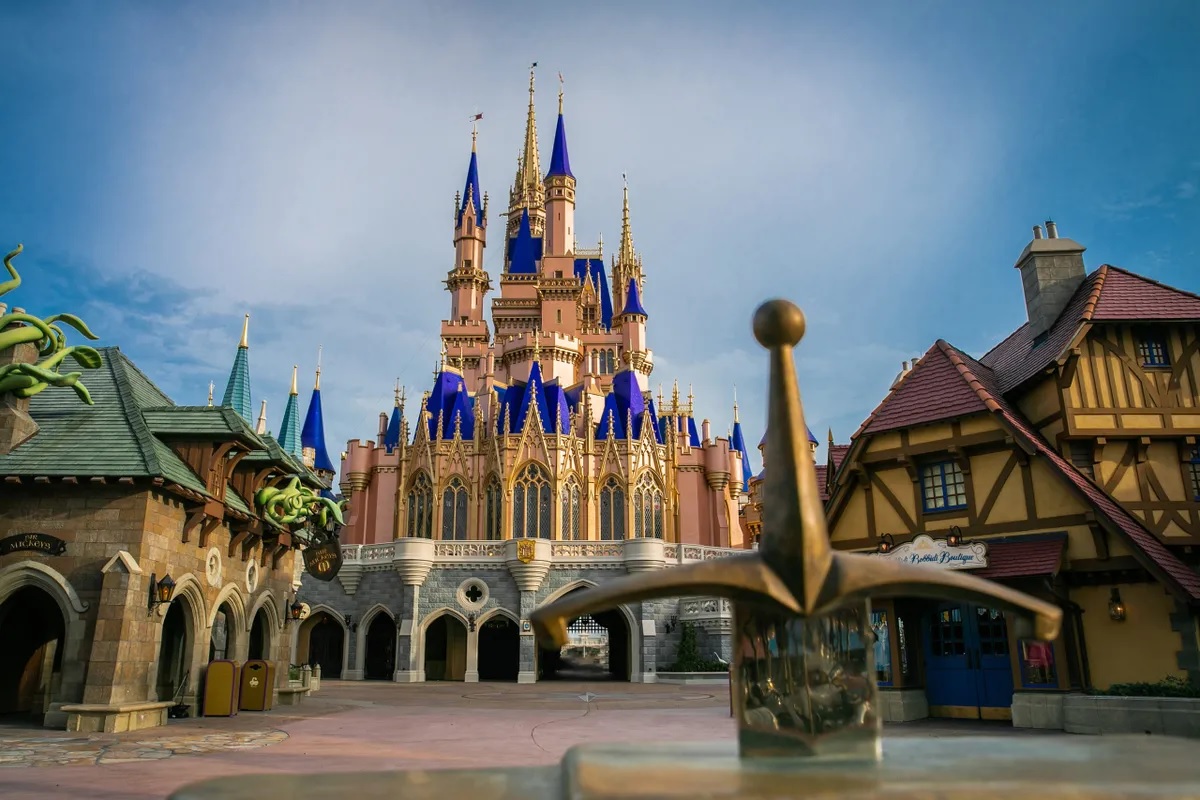 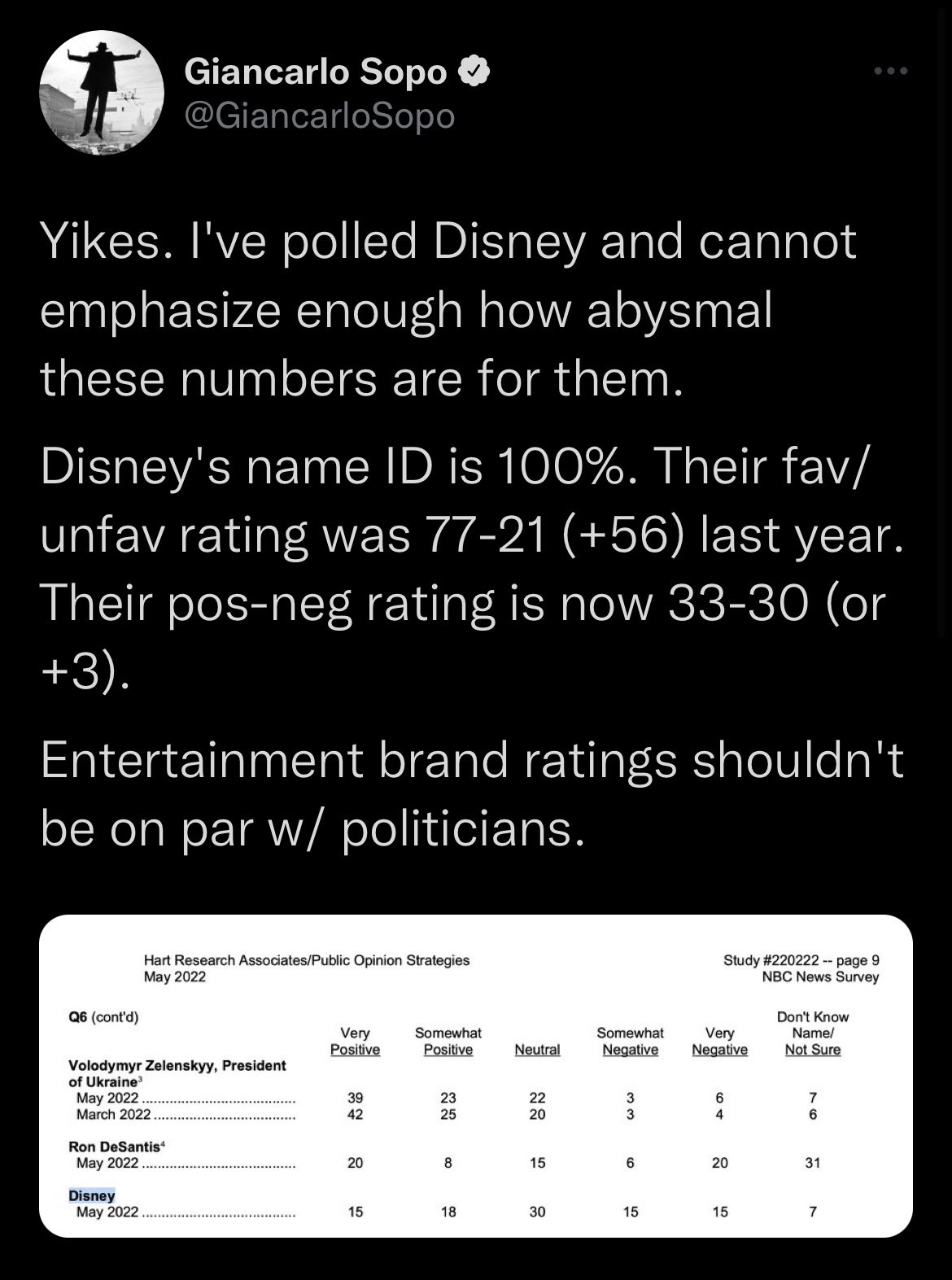 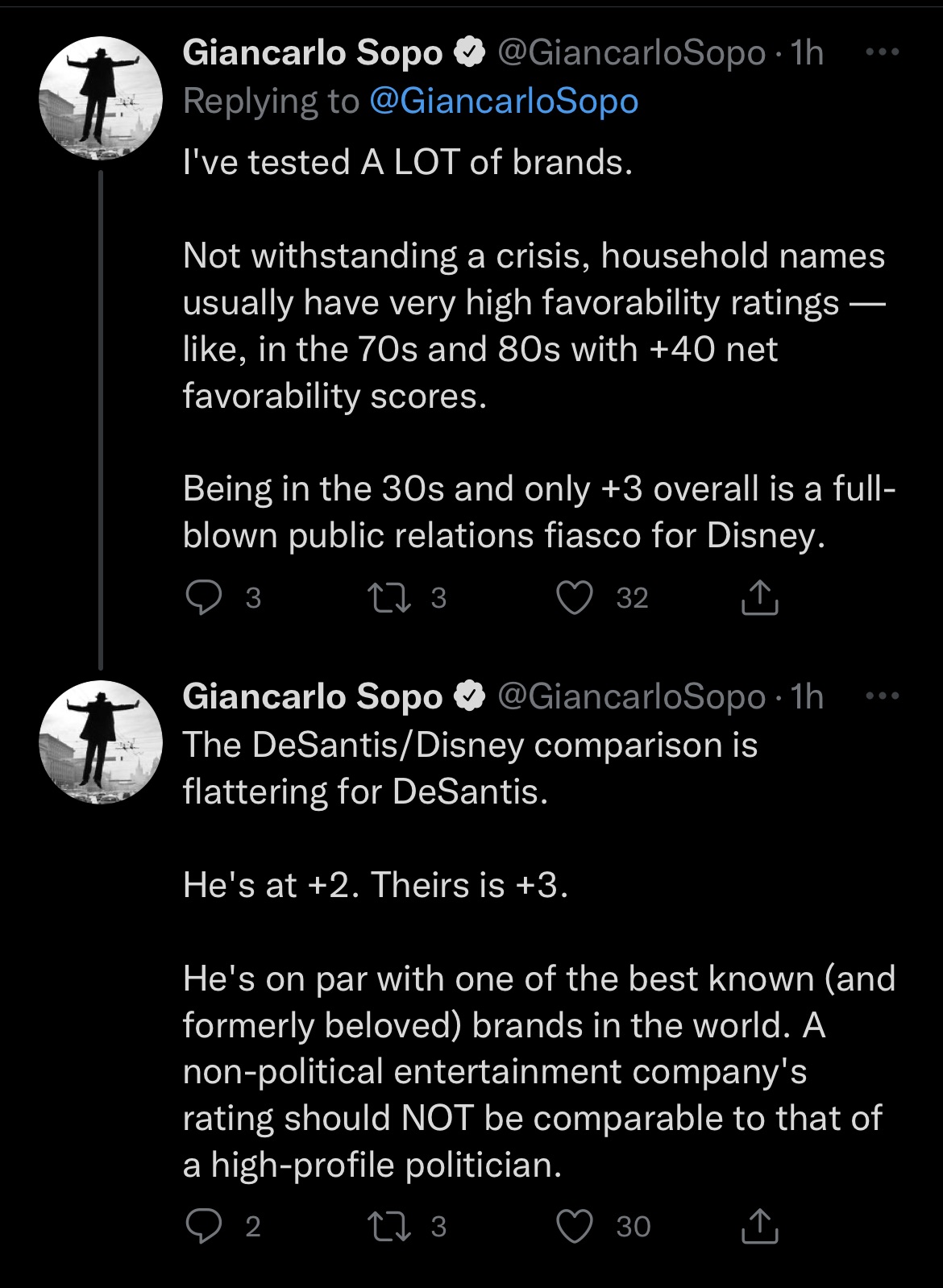 Disney’s hitherto unbeatable franchise is now in trouble, as Dr. Strange 2 drops 67% in its second week with zero competition due to poor word-of-mouth.

Deadline calls it a “wake-up call for Marvel.”

By the way, Disney’s rivals are reporting that the film really dropped 68%, but most media outfits are going with Disney’s self-serving claim of 67%.


While that drop is akin to the second weekend declines of recent MCU titles, the uber-successful Spider-Man: No Way Home (-67.5%) and Black Widow (-67.8%), know that all these percentile plummets are not equal. Doctor Strange 2 ranks among the MCU’s biggest second weekend box office drops which includes Black Widow, No Way Home and 2003’s Hulk (-70%) (the latter was executive produced by Kevin Feige, though not part of Disney’s Marvel).Doctor Strange 2’s second weekend decline simply rests on bad word of mouth; the sequel receiving a back-to-back meh grade from CinemaScore for an MCU movie, B+ to Eternals’ B back in November.

All of this should be a splash of cold water in Marvel’s face as they go crazy exploiting IP between features and streaming Disney+ series.

Now, we made a lot of hay about Disney/Marvel’s Black Widow’s second weekend drop back in July; that the pic’s release was impacted by a theatrical Disney+ PVOD day-and-date strategy, plus piracy. That argument still stands, rock solid. Not to mention, witness the immense amount of money that Doctor Strange 2 opened to at $187.4M when it was exclusively available in theaters compared to Black Widow’s $80.3M back in July.

But what about the third highest grossing movie ever at the domestic box office ($804.66M), Spider-Man: No Way Home, and its second weekend fall? Why did that movie tumble? That beloved sequel’s decline was strictly due to Christmas Eve (a low traffic moviegoing day) falling on Friday, and the fact that the Jon Watts-directed movie was making money hand over fist during its weekdays, it’s first midweek grosses ranging from $28.8M to $37M per day. Note, Doctor Strange 2’s fall this weekend doesn’t have anything to do with a slow traffic moviegoing day.

However, yesterday afternoon, it finally hit me in the face that the bad word of mouth on Doctor Strange 2 and that B+ grade were taking its toll; that a Batman v. Superman factor was in effect (another B graded, -69% second weekend decline comic book title).

The article also notes that Disney isn’t releasing the viewership figures for the finale of Moon Knight, “which means it was bad.”

I haven’t seen Dr. Strange but here’s my review based on the reviews I’ve seen: It’s okay. But given how bad Marvel Phase 4 has been, Dr. Strange really needed to be genuinely good to reverse things, and it’s not.

We’re into the “Well, I guess I have to see this piece of shit” phase now.

Midnight’s Edge was discussing the disappointment of Dr. Strange. While Dr. Strange is not a bomb or a disaster, it is now yet another major disappointment from Marvel’s Phase 4, which has yet to produce a real hit. Black Widow, Shang Chi, the Eternals. Yes I know Spider-Man, but that’s a co-production with Sony. Marvel’s own productions range from disappointments to disasters.

I speculated before that someone will have to walk the plank. I don’t think that will be Kevin Feige, who is perceived as being too critical to the previous success of the franchise. Even though, frankly, he deserves to be fired at this point. All these failures are happening under his watch.

Midnight’s Edge suggested the same name I did: Victoria Alonso, the SJW, LGBT, racialist (Brown and Queer, Brown and Queer!) producer who has been pushing more diversity and more female Representation in M-She-U films.

Well, she got it. How’s that working out for ya?

She’s the Future is Female genius who wants to change the name of the X-Men because the name is “outdated” and sexist.

I know it’s hard to fire an Oppressed Minority — they have so many protections, despite their alleged oppression — but at some point, you have to consider the unthinkable.