“Disinformation” conference proves Trump is right, the media is the enemy of the people 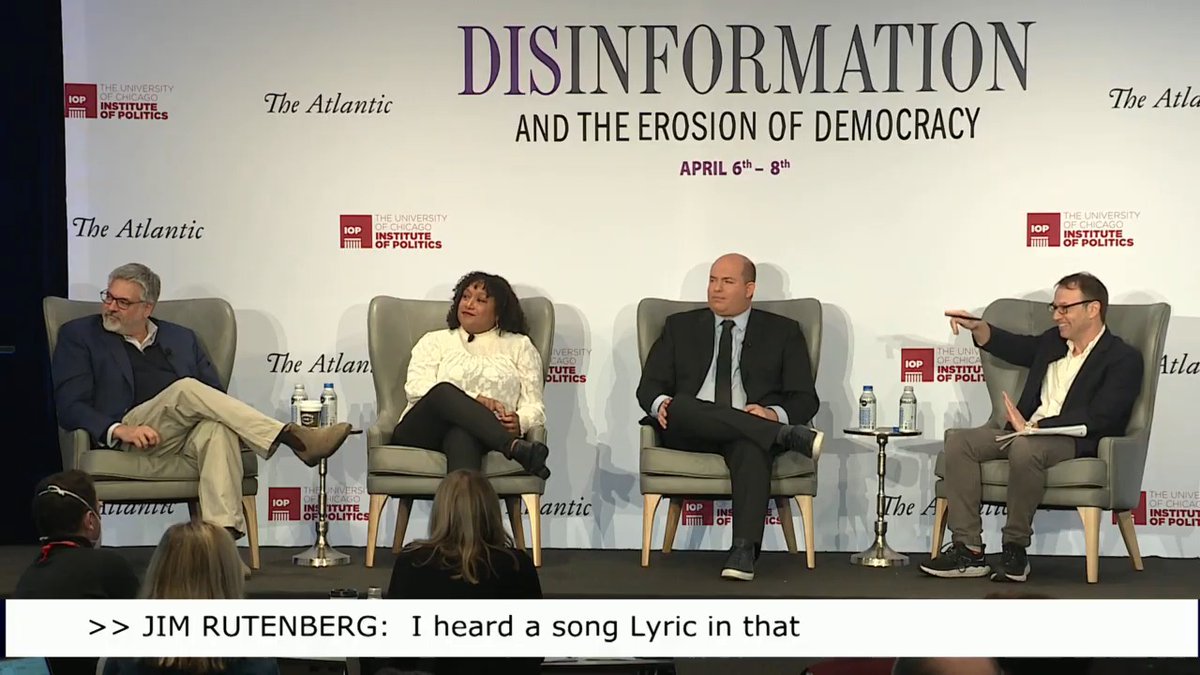 Last year, in his farewell column, longtime Chicago journalist Phil Kadner spoke of his praises, and he indeed deserved his own pats on the back. Kadner mostly covered the generally overlooked, but corrupt, south suburbs of Chicago. I grew up there, they are a rat-hole of graft.

A creature of the left, who called for President Trump’s impeachment in 2019, Kadner discussed in that final column, his anger after Trump said the media was “an enemy of the people.”

Is Kadner an enemy of the people? No.

But with a few exceptions, most of the media is.

The latest example of why that is true took place at the University of Chicago, which hosted along with the Atlantic, the Disinformation and the Erosion of Democracy conference. A quick look at the speakers at the event betrays what kind of conference it was, there were no conservative panelists. Only the self-appointed “cool kids” are allowed in the tree house.

WATCH The Atlantic’s @anneapplebaum refuse to answer @RealDSchmidt's🔥🔥 question about Hunter Biden’s laptop during @UChicago’s “Disinformation and the Erosion of Democracy” conference! pic.twitter.com/1OgXBBiiI0

Ah, but there were at least a couple of conservatives there, including freshman U of C student Daniel Schmidt, who challenged one of the speakers, the Atlantic’s Anna Applebaum. Schmidt blew the whistle on her for dismissing the importance of the Hunter Biden laptop revelations in 2020, which at the time Applebaum wrote that it “barely registers” with her.

Her response? “My problem with Hunter Biden’s laptop I think is totally irrelevant,” Applebaum continued, “I mean it’s not whether it’s disinformation or, I mean, I didn’t think the Hunter Biden’s business relationships have anything to do with who should be president of the United States, so I don’t find it to be interesting, that would be my problem with that as a main news story.”

Ah, now here is an enemy of the people to be sure, Anna Applebaum.

Hunter Biden, if not Joe Biden, because of what has been discovered on that laptop, can rightly be called the head of a Chicago-style influence peddling ring.

It’s arguable that the Biden family has sold out America to our enemies, particularly China.

The Clown Prince of Disinformation is CNN’s Brian Stelter, the host of the laughably misnamed Reliable Sources. He spoke on the next day at the conference. And it was the turn of another University of Chicago freshman, Christopher Phillips, who said of Stelter’s network, “They push the Russian collusion hoax, they push the Jussie Smollett hoax, they smear Justice [Brett] Kavanaugh as a rapist, and they also smeared Nick Sandmann as a white supremacist,” Phillips told Stelter. “And yes, they dismissed the Hunter Biden laptop affair as pure Russian disinformation.”

A University of Chicago student called out CNN and Brian Stelter for all their lies. This is phenomenal. Enjoy: pic.twitter.com/zfLKgbaY0q

Phillips continued: “With mainstream corporate journalists becoming little more than apologists and cheerleaders for the [Biden] regime, is it time to finally declare that the canon of journalistic ethics is dead or no longer operative?”

Stelter quipped, “It’s time for lunch,” but then gave a meandering reply that didn’t address any of Phillips’ points.

The Disinformation and the Erosion of Democracy conference was reminiscent of a bad Hollywood thriller, where the protagonist is finally able to report his findings of an anti-government conspiracy after escaping captivity, only to learn that those he trusts in the government are part of that nefarious plot too.

“My problem with Hunter Biden’s laptop I think is totally irrelevant,” Applebaum continued, “I mean it’s not whether it’s disinformation or, I mean, I didn’t think the Hunter Biden’s business relationships have anything to do with who should be president of the United States, so I don’t find it to be interesting, that would be my problem with that as a main news story.”

Idiot Biden made a statement on video that he thought the Ukrainian prosecutor was corrupt and told the Ukrainian government that unless they fired that prosecutor, they would not get $1 billion in US aid. Now, aside from poking his nose into things that weren’t his business, no big deal… right?

But then we find out that the prosecutor was investigating corruption in the Ukrainian energy conglomerate Burisma. And we further find out that at that precise time, idiot Biden’s no-energy-experience-son, Hunter, was getting paid $80,000 a month for just being on their board. Now, THAT’S some curiosity-generating shit, huh? But “journalists” that put liberalism before truth don’t get curious at all… or so they wish we would believe.

No this was a “dis-propaganda” conference. They were concerned with discussions that might damage their propaganda initiatives, not anyone spreading “disinformation”. Let us remember The Atlantic spreading the “disinformation” that Trump had insulted dead veterans. They printed a totally false story of a police shooting that never happened. The Atlantic is hardly an organization to complain about disinformation. But then again, neither are any of the liberal propaganda outlets… like CNN.

Currently, there is a LOT of interest in Trump Jr’s texts. Now, what was his position in the US government again? Yeah, one President’s son texting about concerns about the validity of an OBVIOIUSLY fraudulent election is VEEEEEEERRRRRRRY interesting, but the emails of a Vice President’s son describing in detail influence peddling that involves the VP and compromises national security… meh.