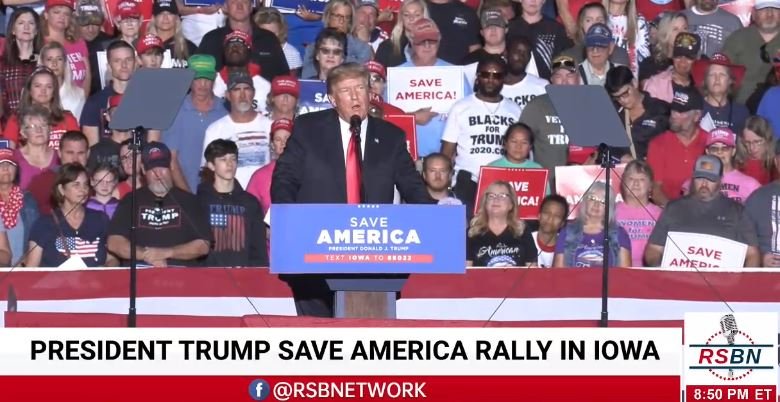 These democrats are pretty scared:

Numerous Democratic strategists are terrified that former President Donald Trump will run again in 2024 and warning that he must not be underestimated.

“There’s not a strategist or insider that I’m hanging out with who would like to see Donald Trump running again,” Democratic pollster Rachel Bitecofer told The Hill on Friday. “Nobody should think he would be a weak nominee.”

Trump almost won re-election in November despite the coordinated efforts of establishment news outlets and social media oligarchs to control the narrative being spoon-fed to the public for the past six years — a point Bitecofer acknowledged but gave a left-wing spin.

“He almost re-won the White House in 2020 even after four years of scandal after scandal, and then the pandemic and the mismanagement of that,” Bitecofer said. “That never affected him. And he almost won and his party picked up seats in the House.”

Democratic strategist Mike Morey agreed that it would be foolish to dismiss Trump’s unwavering popularity with his base, as evidenced by the massive audiences he continues to draw at his rallies even though we’re not in election season.“No one should underestimate his ability to energize the base with grievance politics,” Morey told The Hill. “Democrats would be foolish to think he would be easy to take down.”

Thousands in line for this evening’s Trump Rally in Iowa pic.twitter.com/1n6oE2MMi1

Another Democratic strategist said Trump’s re-election bid would be “the world’s biggest nightmare.”

“He’s shown that he’s willing to campaign from the lowest denominator and do anything and everything to win,” the unidentified strategist said. “If that doesn’t scare the s*** out of every Democrat, we’re in trouble.”

The former president has strongly hinted that he plans to run again in 2024, even though he has not formally announced it.

There are a number of strategic reasons for this.

First, it’s too soon to drop such as a big announcement, since the 2020 election was less than a year ago.

Second, insiders — including son Eric Trump — have expressed concern about the Democrats’ malicious prosecution of his father to prevent him from running again. If Trump were to announce his re-election bid now, it would give his enemies more time to go after his businesses and his family members.

Third, a Trump re-election announcement would distract from the Republicans’ efforts to focus on the 2022 midterm elections.

Finally, the announcement would likely energize left-wing activists to protest and riot across the United States when we’re still reeling from the countless Black Lives Matter demonstrations that roiled the nation last year.

Despite these obstacles, Trump has given strong hints that he’s eager to run again. Insiders say he has been buoyed by the multiple crises engulfing President Joe Biden, which have tanked the Democrats’ poll numbers.

“While there is a little angel over my shoulder reminding me of what I thought in 2016, I’m more confident it would be a disaster for him — and Republicans up and down the ballot — than in 2020,” Vale told The Hill.

“Another Trump run isn’t just the over-the-hill rock star trying to play his greatest hits again, it’s trying to come back on stage for an encore after you’ve been booed off. This would help to keep pushing independents, suburban voters and even some Republicans away from the party. And the 2024 Senate map would be really good for Democrats to have Trump driving turnout.”