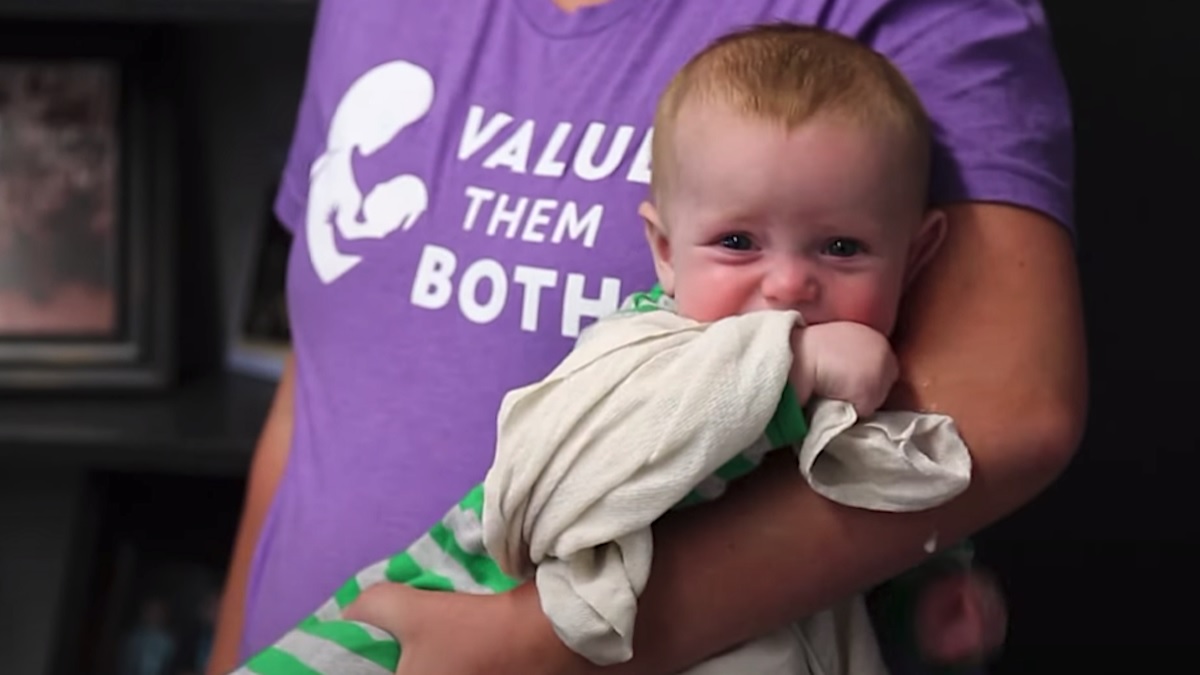 Kansans will soon discover the political dishonesty in play when the abortion industry descends on the state to expand operations.

Kansas voters yesterday rejected a proposed constitutional amendment that would have declared that the state constitution did not guarantee a right to abortion after out-of-state abortion activists flooded the Midwestern state with dark money and deceptive ads. With the vote now over, Kansans will soon discover the political dishonesty in play when the abortion industry descends on the state to expand operations while taking to the courts to strike the moderate pro-life laws still on the books.

The Value Them Both amendment included on Tuesday’s primary ballot sought to overturn the Kansas Supreme Court’s decision in Hodes & Nauser v. Schmidt that declared the state constitution guarantees a “fundamental right to abortion.” The amendment proved important because, with Dobbs’ holding that there is no federal constitutional right to abortion, overturning Hodes would have allowed the Kansas Legislature the opportunity to pass robust laws to protect the unborn for the first time in 50 years.

While abortion activists and their apologists in the leftist media will claim that the 59 percent of voters saying “no” to the ballot measure, to a mere 39 percent of “yes” votes, proves the public disagrees with the reversal of Roe v. Wade and Planned Parenthood v. Casey. But the millions spent by out-of-state leftist groups, coupled with the massive misrepresentation of the amendment, make such conclusions suspect. In the last half-year, more than 70 percent of the $6.54 million raised by the lead group campaigning against the amendment came from outsiders, compared to less than 1 percent of the $4.69 million donated by out-of-staters to the Value Them Both campaign.

With a nearly $2 million cash advantage, outsiders succeeded in flooding Kansas with deceptive claims about the Value Them Both amendment, an amendment which, quite simply, would have returned the right to regulate abortions to the state legislature, providing:

“Because Kansans value both women and children, the constitution of the state of Kansas does not require government funding of abortion and does not create or secure a right to abortion. To the extent permitted by the constitution of the United States, the people, through their elected state representatives and state senators, may pass laws regarding abortion, including, but not limited to, laws that account for circumstances of pregnancy resulting from rape or incest, or circumstances of necessity to save the life of the mother.”

In pushing Kansans to vote “no” to the amendment, the abortion activists inaccurately claimed: “The Legislature currently has the power to pose limits on abortion. To date, there are dozens of restrictions. What the Legislature can’t do is ban the procedure, as the Kansas Constitution currently guarantees access.”

In reality, the Hodes decision created a “fundamental right to abortion” under the Kansas constitution that surpassed the right previously guaranteed under Roe and Casey. And those dozens of restrictions on the books cannot withstand the strict scrutiny the Kansas Supreme Court established for judging regulations affecting abortions, including many passed with bipartisan support.

For instance, the “Woman’s Right to Know Act,” which includes a 24-hour waiting period plus the provision of information about abortion methods, risks, alternatives, pre-natal development, and county-by-county resources available to pregnant women, is subject to challenge and likely invalidation. While the abortion industry opposed that legislation, it passed the Kansas Senate 36-0 and 118-0 in 1997. The “Woman’s Right to Know & See” law, passed in 2009, will similarly be subject to a constitutional challenge. That statute requires that options be provided to view and receive copies of a sonogram and was opposed by the Aid for Women abortion facility and Planned Parenthood. It passed the Senate 32-6 and the House 85-37.

Parental-consent laws will likewise soon face court challenges, such as the 2011 law that requires two-parent consent for abortions on minors, with some exceptions. The Kansas National Organization of Women, Planned Parenthood, and Trust Women all opposed that legislation, which passed the Senate 24-15 and the House 100-22.

The Pain-Capable Unborn Child Protection Act, which bans abortions at 22 weeks with limited exceptions, will be another sure target of abortionists. Following the Supreme Court’s decision in Dobbs, such a second-trimester ban would be permissible but for the Kansas decision in Hodes. And under Hodes, the statute is doomed even though it passed the Senate 24-15 and the House 94-28. The ban on second-trimester dismemberment abortions — those where the fetus is killed by the abortionist ripping the living human being apart limb-by-limb — struck by the Kansas Supreme Court in Hodes, of course also remains banned with the defeat of the amendment.

Taxpayer-funded abortion will likely soon be required too, with a challenge to the Pro-Life Protections Act, which prohibits taxpayer funding of abortion. That statute also bans sex-selective abortions and requires anti-coercion warnings inside clinics, but those provisions will likely be declared unconstitutional in the near term. Conscience provisions and health and safety standards, including the requirement that physicians perform abortions, will also soon be on the chopping block.

The experience in other states where courts have similarly found a constitutional right to abortion teaches that these laws have little chance of surviving. What is less clear is the strategy the abortion complex will adopt to attack the statutes. Will they wait until the public’s attention has moved on from the hard-fought battle over the Value Them Both amendment? Or will they move immediately to have the laws declared unconstitutional? And will they challenge all the laws at once or in sequential lawsuits?

If the abortion industry moves too quickly, Kansans may realize they were lied to about the amendment, teeing up a do-over.