County under a cloud: Maricopa’s decade-long history of election issues, from 2012 to 2022 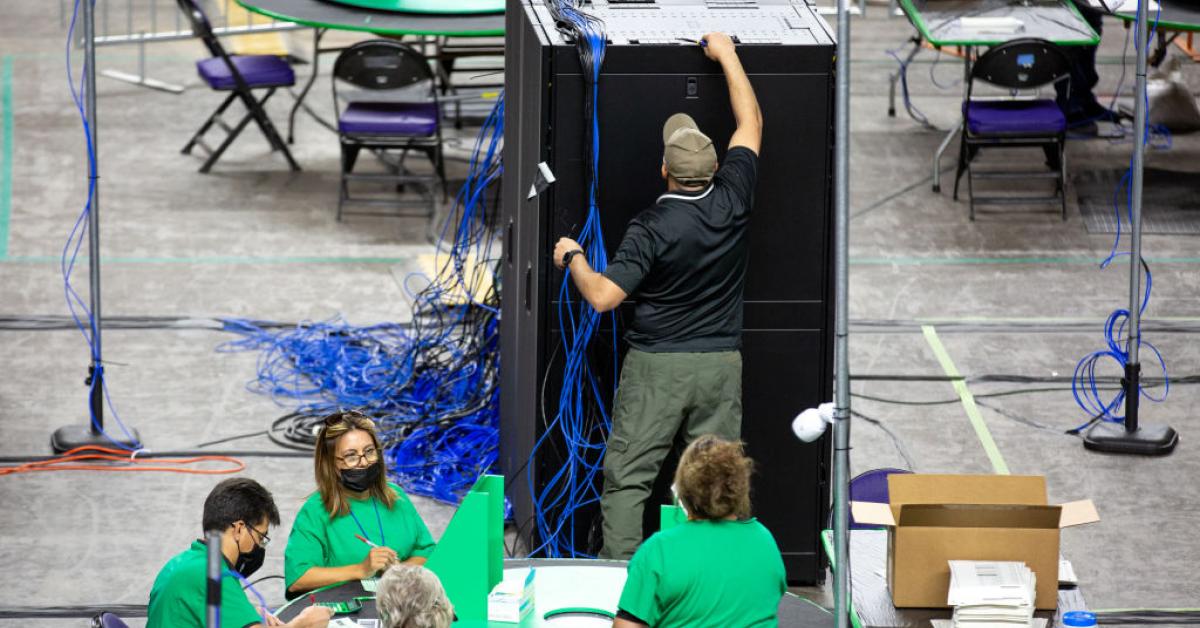 As voters, poll workers, and observers have voiced their concerns about issues they witnessed on Election Day in Maricopa County, Ariz., a review of the county’s history shows 10 years of election issues under various election officials.

Numerous issues occurred at vote centers on Election Day in Maricopa County earlier this month, from election machine problems to hours-long lines, according to widespread reports. However, election issues are not unique to the 2022 midterms in Maricopa, as some began a decade ago.

During the 2012 presidential general election in Maricopa County, key races went undecided for two weeks after Election Day as a result of “record numbers of provisional and early ballots” remaining uncounted after polls closed, according to the Arizona Republic. The outlet said that “Arizona was embarrassed on the national stage.”

In the 2014 midterm election, despite a decrease in voter turnout, there were still days-long delays in counting early votes, attributable to most of the counties in Arizona stopping their count of early ballots between 12 p.m. and 2 p.m. the Monday before an election to prepare for Election Day, the Arizona Republic reported. As a result, mailed-in early ballots that arrive after that time and early ballots hand-delivered on Election Day have to wait to be counted.

During the 2014 election, more than 75% of the 34,000 valid provisional ballots were cast by voters who went to the polls anyway, even after receiving their early ballot, according to the Republic. (The outlet noted that this was also an issue during the 2012 election.)

“With e-poll books, theoretically that number should be zero,” the Maricopa County Recorder’s spokesperson said at the time, according to the Republic.

During the 2016 primary election, the number of polling locations in Maricopa County was reduced to 60, but voters could vote at any location, rather than being assigned to one. However, with 1.25 million eligible in-person voters at the time, this reduction of polling places from more than 200 in the 2012 presidential primary, and 400 in the 2008 presidential primary, caused hours-long lines.

At one polling location in 2016, between 600 and 700 voters waited in line for more than three hours to vote, and a poll worker told voters at one point that they had run out of ballots. Another location had some voters wait until after midnight to cast their votes due to long lines, even though polls closed at 7 p.m

The Obama Justice Department sent a letter to the Maricopa County Recorder’s Office after the 2016 primary inquiring about the election issues, which occurred under Helen Purcell, a Republican who had held the office since winning the 1988 election. Amid these issues, Purcell lost her 2016 reelection race for county recorder to Democrat Adrian Fontes.

Two years later, leading up to the 2018 midterm primary election, then-Maricopa County Recorder Fontes, who is expected to be certified as the winner of the 2022 secretary of state election on Dec. 5, revealed his plan to change how elections were conducted the week before Election Day.

The Maricopa County Board of Supervisors was concerned about the significant changes made by the new recorder with little notice beforehand.

On primary Election Day in 2018, dozens of polling locations failed to open on time due to technical issues with election machines. The recorder’s office initially claimed the issue was due to the election machine contractor not providing enough workers to set up. However, the contractor said that they provided more than enough workers but that the county “failed to provide a setup and coordination schedule” for their technicians and the county troubleshooters.

After the 2018 election, the county’s Board of Supervisors retook control over Election Day voting from the recorder’s office, limiting Fontes’ election responsibilities to overseeing voter registration and early voting.

The current recorder, Republican Stephen Richer, defeated Fontes in the 2020 election, vowing to tighten up and depoliticize the chronic maladministration of elections in the county, but after taking office he emerged as an often acerbic critic of GOP efforts to audit the disputed 2020 election in the county and tighten election security. In 2021, Richer started a political action committee, funded by Democrats, that supports Republican candidates who “acknowledge the validity of the 2020 election and condemn the events of January 6, 2021 as a terrible result of the lies told about the November election,” according to a press statement announcing the PAC’s creation.

A separate review of Maricopa County’s mail ballots in the 2020 election found that more than 200,000 ballots with signatures did not match voter files and were counted without being reviewed.

During the 2022 midterm election, Maricopa County experienced numerous issues with election machines, from printers that print ballots to ballot scanners. Eleven Republican roving attorneys visited 115 out of the 223 vote centers in Maricopa County as observers on Election Day and found that 72 of them (62.6% of the visted sites) “had material problems with the tabulators not being able to tabulate ballots, causing voters to either deposit their ballots into box 3, spoil their ballots and re-vote, or get frustrated and leave the vote center without voting,” according to a report compiled from their observations by Mark Sonnenklar, a roving attorney with the Republican National Committee’s Election Integrity program in Arizona.

The Arizona attorney general’s office raised concerns regarding the administration of the Nov. 8 election in Maricopa County in a Nov. 19 letter to the county attorney’s office inquiring into the widespread irregularities reported in the county on Election Day.

On Sunday, the county replied to the letter, saying that it followed the law on Election Day and the election problems were “regrettable.” However, the county maintained that “every lawful voter was still able to cast his or her ballot.”

Maricopa county disenfranchised hundreds of thousands of voters. Where are the democrats cries for the protection of democracy?

Every fraudulent vote disenfranchises a legitimate vote. Does it look like the Democrat masters of election fraud CARE about disenfranchising voters? Those who don’t vote Democrat don’t deserve to vote, in their mind.

In light of the lack of credibility the Democrats have, their past election rules shenanigans and the FBI “kidnapping plot” caper, there is good reason to doubt it.