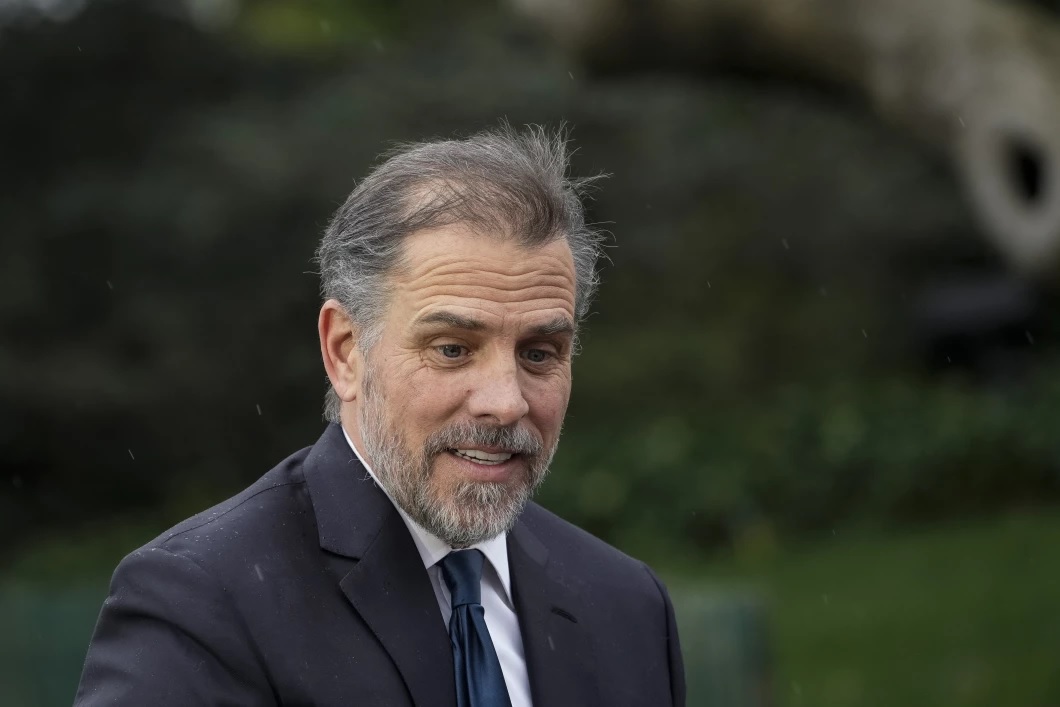 Only federal employees are obligated to testify and, what a coincidence, he’s not an employee any longer.

But he wasn’t fired. He didn’t lose his pension or anything. He wasn’t kept on as an employee in a rubber room so that he could be made to testify.

No, he was quietly allowed to slip away from testifying with his pension intact.

You can subpoena him, but he can fight it. And he can always invoke the Fifth.

Ooops, he got away!

Timothy Thibault, the former FBI assistant special agent in charge of the Washington Field Office, closed up a line of inquiry into now-President Joe Biden’s son in October 2020 despite some of the evidence being known to be true at the time, according to whistleblower allegations. Now, Republicans in the House and Senate are calling for Thibault to speak with them.

Rep. Jim Jordan (R-OH), the ranking member of the House Judiciary Committee, sent a letter to Thibault telling him to contact the committee to schedule a transcribed interview by Oct. 7.

“Whistleblowers have come to Congress alleging that you were part of a scheme to undermine and discredit allegations of criminal wrongdoing by members of the Biden family,” Jordan and his colleagues told Thibault. “Accordingly, we believe that you possess information relating to our investigation and we request your assistance with our inquiry.”

The Republicans told the former FBI official that “this letter serves as a formal request to preserve all existing and future records and materials in your possession relating to the topics addressed in this letter” and that the preservation request relates to “all electronic messages sent using your official and personal accounts or devices.”

Miranda Divine reports that GOP Senators are demanding that the corrupt Gestapo chiefs Wray and Garland end the suspensions of the FBI whistleblower Steve Friend.

In a blistering letter accusing FBI leadership of retaliating against a protected whistleblower, the ranking members of two powerful Senate committees have warned Attorney General Merrick Garland and FBI Director Christopher Wray to step in immediately to shield suspended Special Agent Steve Friend from unlawful reprisals after he filed a complaint with the inspector general last week alleging FBI wrongdoing in domestic terrorism cases.In the letter sent Monday, Sens. Chuck Grassley (R-Iowa) and Ron Johnson (R-Wis.) — ranking members of the Judiciary Committee and the Permanent Subcommittee for Investigations, respectively — questioned why the FBI suspended Friend without pay last week and demanded that “all other forms of reprisal against him for his protected whistleblowing activity are immediately stopped.”

“The FBI should immediately cease the disciplinary actions it is actively taking to punish Special Agent Friend for his protected whistleblowing activity,” the senators wrote. “These unwarranted actions only serve to chill other employees from reporting wrongdoing, and demonstrate a complete and utter failure by agency leaders to obey the letter and intent of federal whistleblower protection laws.”

“Under federal whistleblower laws, employees of the Federal Government have not only a right but a responsibility to report evidence of potential wrongdoing. That is precisely what Special Agent Friend has done.”

After raising his concerns with his FBI supervisors, Friend made legally protected whistleblower disclosures to the Office of Special Counsel as well as the Office of the Inspector General.

His supervisors allegedly told him that he was being a “bad teammate” and warned that his objections “could amount to insubordination.”

“Ultimately, rather than reassigning Special Agent Friend … FBI leadership apparently made the choice to retaliate against and make an example of him,” the letter said.

Divine also reports that if you’re trying to share information about Steve Friend on FaceBook, don’t bother — FaceBook is already working to “silence” any discussion of him.

How they justify this, I have no idea.

Do they bother justifying censorship any longer? Or are we just in The Endgame now, where they drop all masks and just announce that They Are Now In Total Control?

More evidence of how vindictive, obsessive and downright sinister Facebook is: Now it appears to be monitoring private messages and suppressing material related to the whistleblower complaint of heroic FBI special agent Steve Friend….

On Sunday, Friend’s wife’s Facebook account was suspended after she responded to an offer of support from a local chapter of Moms for Liberty (M4L), a conservative group that advocates for parental rights.

“What can M4L do for Steve Friend right now?” Moms for Liberty had texted a mutual friend. “We want to offer community support of fundraising (though we feel it would likely be shut down). Can you reach out to him and let him know Moms for Liberty is thinking of him and if we can provide any assistance we are here.”

At the Moms for Liberty end, Mrs. Friend’s Facebook message disappeared. In its place was a notification saying, “Message unavailable.”

Just The News reports that the lawyer for Steve Friend says the Deep State is revoking security clearances as a method of punishing anyone who tells the truth about them.

Without a security clearance, you can’t work in most government positions. So it’s a default suspension without pay.

Foster said the bureau was able to sideline Friend last week by suspending his security clearance pending a review, essentially leaving the agent in limbo and unable to do his job. Foster was asked whether he knew of any wrongdoing that Friend committed that would warrant suspending his security clearance. “No, absolutely not,” he answered.”This is a common tactic that we have seen with the FBI,” Foster told the “Just the News, Not Noise” television show. “They’re using it more and more, because they know that there’s less oversight and less scrutiny of a security clearance decision because of the nature of it. It’s harder to do oversight and have any kind of independent scrutiny.

“So rather than just suspending the person on a claim that they didn’t do their job, or that they engaged in some misconduct, they’ll simply suspend their clearance, which means that they can’t do the work that they would normally do, then they can take them off the payroll, take their badge and gun, sideline them, and then hope that, you know, they can just sort of grind them into compliance or get them to quit rather than continue to fight because they don’t have any money.”

At American Greatness, Deb Heine reports on the revelations of Kyle Seraphin, the FBI whistleblower just interviewed by Dan Bongino.

One major point he makes is that the FBI has shifted from a crime-investigation organization to an intelligence organization.

This is important. Consider: To investigate you criminally, a law enforcement investigation first needs grounds to suspect you have committed a specific crime. There is a necessary predicate to justify digging into you. It’s not a high threshold, but it is a threshold.

But to open up an intelligence probe of someone, you don’t need any predicate of a crime. All you need is… well, you knew this guy and he knew this guy and you’re all conservatives and this other conservative once posted to a “Stop the Steal” FaceBook group. And now they can begin spying on you.

This is a huge shift in mentality.

And it turns the FBI into a general State Security Police, a general Stasi, a general KGB. They can investigate whoever they want. And no longer are they limited to investigating people for at least having some ties to a suspected overseas intelligence organization or handler; no, now it’s enough that you have some connection to any rightwing group or person they don’t like.

Not leftwing groups, though — antifa, as you may have heard from Christopher Wray himself, is not a movement so much as it is an “ideology.” And you can’t investigate someone for having connections to a mere ideology.

But the right? They’re a movement. A dangerous movement. A movement of Domestic Violent Extremists, in fact. Semi-Fascists! White Supremacists! The greatest threat to America in history, and that includes from Al Qaeda, the USSR, and the Nazis.

You must join the Party to be an FBI agent! You must wear a Party Pin on your lapel to prove your loyalty to the state!

Congressional Republicans have NO interest in revealing the Biden crime family or reckoning the deep state against the authority of the American People.