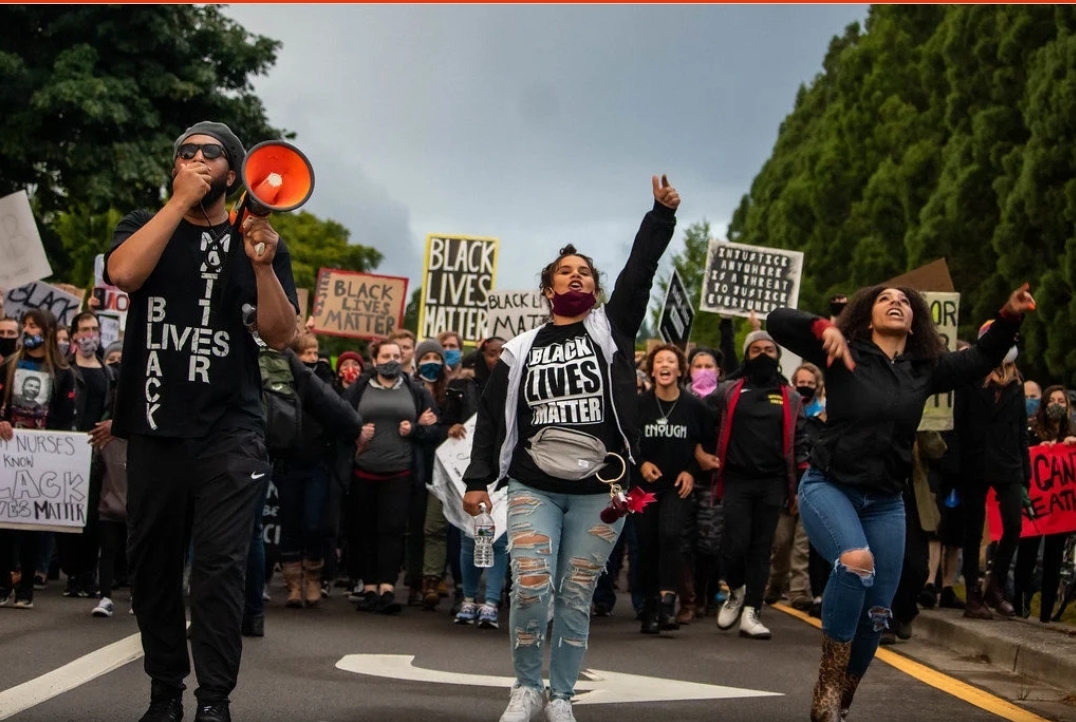 It’s a rule in the national media that vaccine hesitancy is worthy of shame and scorn, right up until it collides with their most precious cause, the Black Lives Matter movement.

But there’s oddly been no prescription for the Black Lives Matter crew in New York who are accusing the city of racial discrimination by mandating vaccines for public, indoor activity.

At a protest Monday in front of New York restaurant Carmine’s, Chivona Newsome, also a co-founder of the group, said of the vaccine mandates, “What is going to stop the Gestapo, I mean the NYPD, from rounding up black people, from snatching them off the train, off the bus?”

She further issued the threat that BLM was “putting this city on notice that your mandate will not be another racist social distance practice” and that “Black people are not going to stand by, or you will see another uprising .” She said vaccine verification “is not a free passport to racism.”

The catalyst for those remarks was an incident at Carmine’s last week wherein three black women from Texas were charged for assaulting a hostess at the restaurant, allegedly over a vaccine verification dispute and, as a lawyer for the women subsequently claimed, because the hostess, who is of Asian descent, used a racial slur.

A lawyer representing Carmine’s has disputed the allegation about a racial slur. Video footage of the incident includes no audio, but what can be seen is that the three women were being led inside the restaurant by a member of staff who was not the hostess. But once inside, the hostess is seen exiting to return to her post, when all three customers turn to follow her back outside. One of them approaches the hostess from behind and begins speaking as the others circled. A fight ensues.

Lawyers for both sides agree, though, that the dispute was not over the vaccination status of the three women, but over additional members of the party, several men, who did not have vaccine cards.

The details are kind of beside the point, though. Black residents make up a higher rate of cases, hospitalizations, and deaths in New York City than white residents. They’re also vaccinated at a lower rate, with 45 percent of New York City’s adult black population having been fully vaccinated, versus 56 percent of white adults.

I don’t care if anyone, regardless of race, chooses not to receive a vaccine against COVID. That’s their dice to roll. But imagine a white Trump supporter saying his right to dine indoors among strangers shall not be infringed.