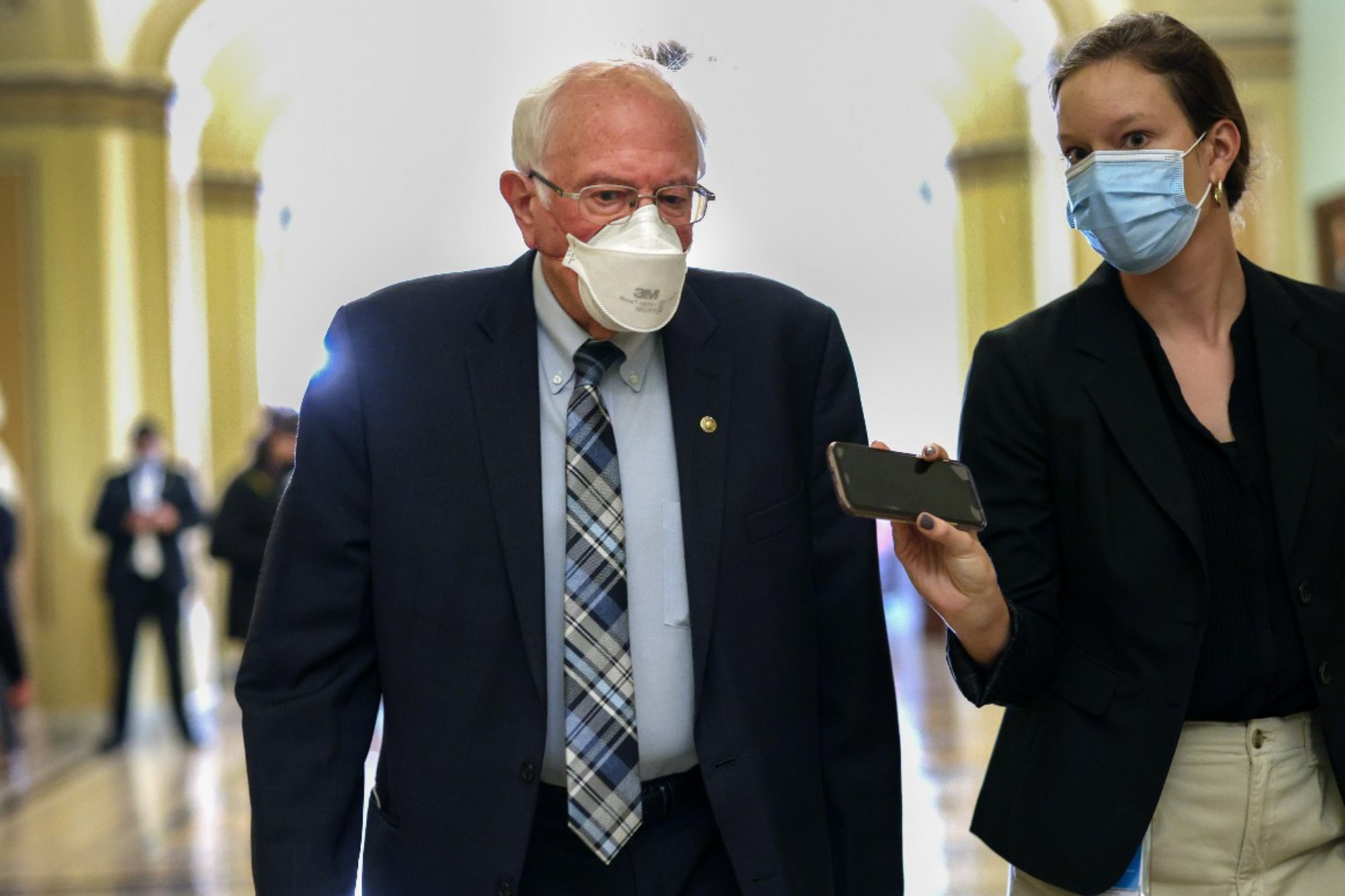 Okay, that’s very speculative. But all I do anymore is post bad news.

Let me speculate some in the positive direction.

Note that if the Democrat Party tears itself up over this, then the Republicans who consistently voted in favor of the “bipartisan” infrastructure bill, even as Democrats up to and including Joe Biden told them it was a Trojan Horse for Democrat wish-list spending and that the plan was always to betray their GOP quisling dupes, will actually have… won?

Won by surrendering, that is. Which is the only way the GOP can win, because they sure the heck don’t fight.

Note that Obama’s tactic was swearing “I won’t c*** in your mouth” to get weak-sister GOPers to do the left’s bidding.

Biden, on the other hand, admits straight-up: “I’m going to c*** in your mouth.”

And Lindsey Graham and the rest of the cryptoleftists are right there to eat it all up.

On to the quotes:

If the Senate doesn’t vote for the latter, they claim, they’ll vote against the former. They are claiming they are voting for the $3.5 trillion blowout — or for nothing at all.

Weak-sister House Republicans who have been cutting deals with the Democrats to get this horrorshow passed say they will not vote for the $1.2 trillion bill to make up for the lost votes of The Squad wing of the Democrat Party.

As House progressives threaten to withhold dozens of votes to pass a bipartisan $1.2 trillion infrastructure bill if it comes up for a vote in the coming weeks, several Republican members of a bipartisan group that backed the bill say they have no plans to rescue it.Two members of the Problem Solvers Caucus — Reps. Mike Gallagher (R-Wisc.) and Mike Bost (R-Ill.) — told Forbes they won’t vote for the bill, while another, Rep. Peter Meijer (R-Mich.), said he has a “tremendous amount of discomfort” with it.

Several caucus members and moderate Republicans said they are still undecided on the bill, and only two members of the caucus, Reps. Adam Kinzinger (R-Ill.) and Reps. Brian Fitzpatrick (R-Pa.), say they are supportive of it.

Progressives say they have dozens of votes to deny passage if at least $3.5 trillion in reconciliation spending is not passed by both chambers of Congress beforehand: Rep. Mark Pocan (D-Wisc.), one of the leaders of the Congressional Progressive Caucus, estimated 40 to 50 votes, and possibly more.

Meanwhile, Kathryn Sinema has issued an ultimatum to Biden: Either pass the $1.2 trillion infrastructure bill next week or I won’t vote for any reconciliation bill to add in additional spending.

Democrats don’t want to have to vote for these budget blow-outs as we approach an election year.

MODS TO BIDEN: BIF NOW OR BUST — Sen. KYRSTEN SINEMA (D-Ariz.) delivered a tough message to President JOE BIDEN at a private meeting Wednesday, we;re told: If the House delays its scheduled Sept. 27 vote on the bipartisan infrastructure plan — or if the vote fails — she won’t be backing a reconciliation bill.Sinema is not the only moderate taking this stand. Rep. KURT SCHRADER (D-Ore.) — one of approximately 10 moderate Democratic House members playing hardball with leadership — said he and several members of their group are on the same page. Some of the lawmakers have conveyed that message up the chain to leadership and the White House. A senior Democratic aide confirmed the warnings.

“If they delay the vote — or it goes down — then I think you can kiss reconciliation goodbye,” Schrader told Playbook. “Reconciliation would be dead.”

Biden’s already unpopular — and if he can’t pass his leftwing blowout bonanza, the left wing will abandon him.

Independents already have, of course.

“If any member of Congress is not concerned that this could fall apart, they need treatment,” said Rep. Emanuel Cleaver (D-Mo.), who warned his party “will pay for it at the polls” if it fails in enacting Biden’s agenda. “Our caucus has the feeling of freedom to support or oppose leadership.”

There’s a shot across Nancy Pelosi’s bow, there. “Leadership” means her and Schumer, primarily.

Those headwinds threaten to sap the momentum from this summer, when Biden clinched a bipartisan infrastructure deal in the Senate and found support from all corners of his party for a budget setting up his sweeping spending bill. Now, Manchin is calling for a pause, moderates are resisting key components of the legislation and a new fiscal fight over the debt limit is heating up.

…The multi-problem pileup comes at a critical moment for the party and for Biden, who needs a legislative win amid slumping approval ratings. But though polls show much of his social spending bill is popular outside Congress, winning approval among Democrats’ slim majorities has been harder.

…And progressives have grown increasingly annoyed by what they see as grandstanding by Manchin and Sinema. Just as behind-the-scenes negotiations on the social bill get underway, one of the two prominent moderates keep blasting out statements that jolt the talks and stall what progress has been made, they say….But Democrats close to the centrists say progressives are vastly overplaying their hand. A group of five to 10 House moderates have signaled to leadership that they would be willing to let the infrastructure bill fail rather than be held hostage by liberals over the broader spending bill. It’s a more attractive alternative to them than having to vote for painful tax increases to pay for an unrestrained social safety net expansion, according to a person familiar with the discussions.

“Squad” member Pramila Jayapal again says that she and her fellow leftwing terrorist-supporting radicals are not bluffing: They will blow up the entire bill if they are not given the economy-wrecking spending they demand.