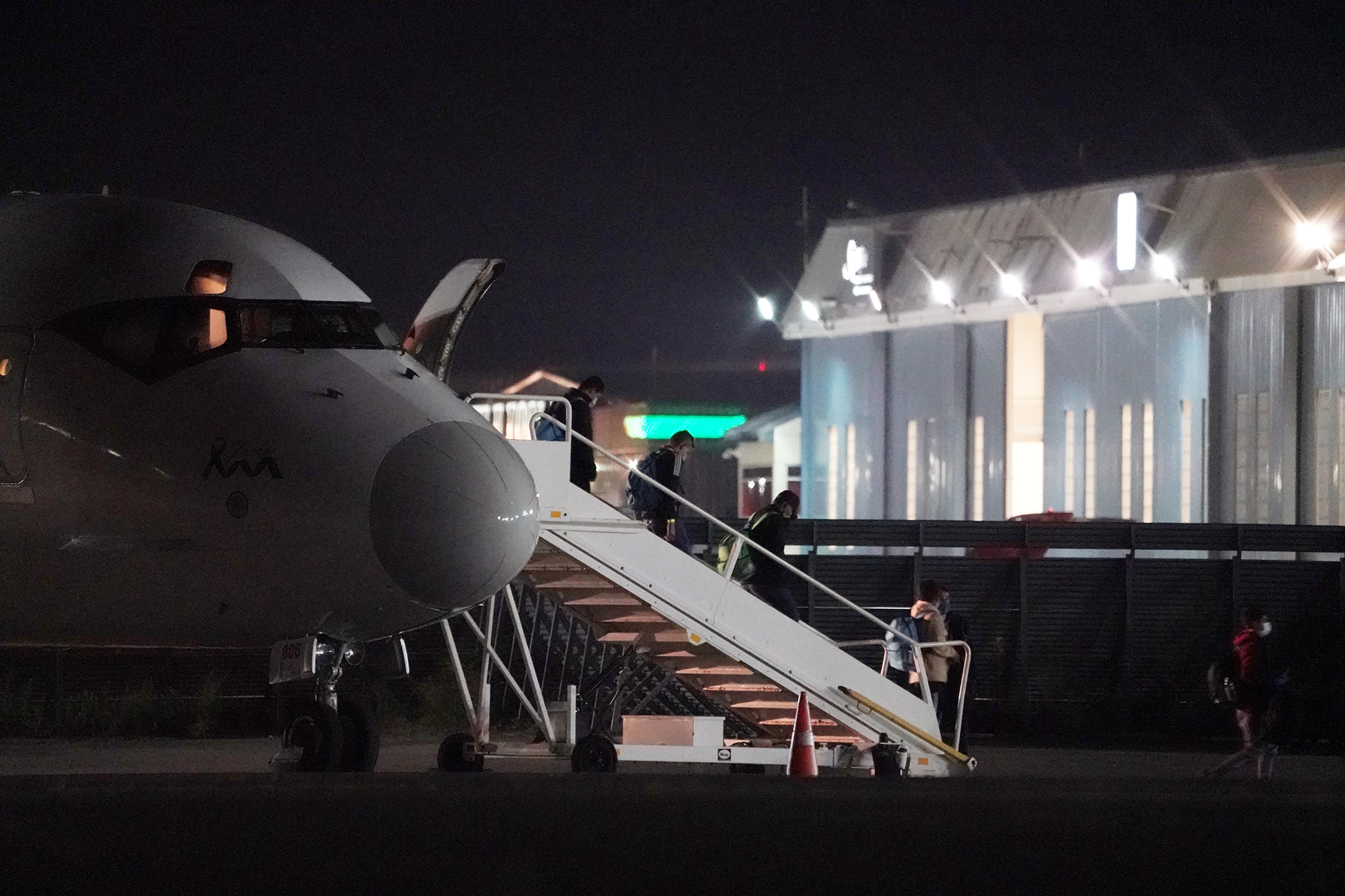 Planeloads of underage migrants are being flown secretly into suburban New York in an effort by President Biden’s administration to quietly resettle them across the region, The Post has learned.

The charter flights originate in Texas, where the ongoing border crisis has overwhelmed local immigration officials, and have been underway since at least August, according to sources familiar with the matter.

Last week, The Post saw two planes land at the Westchester County Airport, where most of the passengers who got off appeared to be children and teens, with a small portion appearing to be men in their 20s.

Westchester County cops stood by as the passengers — whose flights arrived at 10:49 p.m. Wednesday and 9:52 p.m. Friday — got off and piled into buses.

Some of them were later seen meeting up with relatives or sponsors in New Jersey, or being dropped off at a residential facility on Long Island.

A Post analysis of online flight-tracking data suggests that around 2,000 of the underage migrants have arrived at the airport outside White Plains on 21 flights since Aug. 8.

The clandestine nature of the operation raises questions about how the White House is dealing with a recent surge in unaccompanied minors.

The most recent figures from US Customs and Border Protection show that just during July and August,  37,805 unaccompanied minors were caught entering the US from Mexico — sometimes after being abandoned  by professional  smugglers known as “coyotes.”

Video shows some children dropped over the border wall or abandoned in remote areas.

A source familiar with the operation at the Westchester airport said the underage migrants typically arrive carrying backpacks and are bused to locations including the Bronx, Brooklyn, Queens, upstate Newburgh, and Bridgeport and Danbury in Connecticut.