Biden Gets Roasted For Bumbling Through Mostly Empty Town Hall 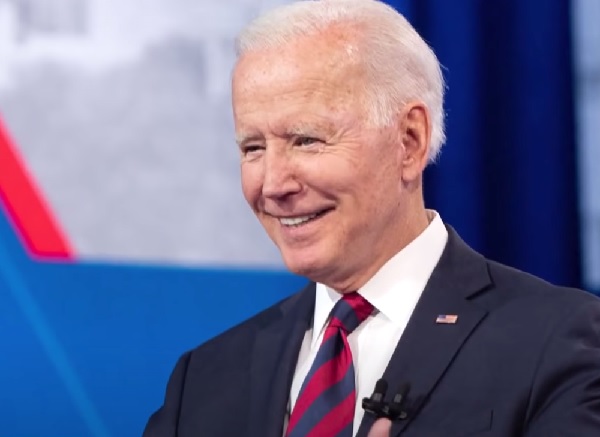 President Joe Biden received sharp criticism for his performance at CNN’s town hall on Wednesday, as prominent individuals on both the left and right took to Twitter to bash his awkwardness.

Throughout the event with CNN’s Don Lemon at Mount St. Joseph University in Cincinnati, Biden was mocked by politicians, journalists, and others for seeming incoherent as he tried to talk about coronavirus, the partisan Jan. 6 Capitol riot commission, inflation, the filibuster, and more. The president reiterated at one point that attempts by Republicans to introduce election integrity measures are “Jim Crow on steroids.”

“I don’t know about you but I’m thrilled this is the guy in charge of the free world. We should all sleep sound at night,” said Donald Trump Jr. “Hey at least there’s no mean tweets… mostly because this guy wouldn’t be capable of a tweet or even a complete thought.”

“President Biden has said ‘not a joke’ at least seven times over the past 30 minutes,” tweeted Washington Post White House reporter Matt Viser.

“Possible drinking game for those who, unlike me, aren’t working: Every time President Biden says: 1. All kidding aside 2. I’m not joking 3. I’m being serious 4. I’m not being facetious,” said CBS News digital White House reporter Kathryn Watson.

“Is this for real?” wrote GOP Conference Chair Rep. Elise Stefanik of New York. “And the media will continue to fawn and look the other way.”

“Reagan was younger than Biden is currently when he left office, and Reagan was never this incoherent in public. People still speculate wildly whether Reagan was non compos mentis in office, but the mainstream press won’t even broach the subject now,” tweeted Mark Hemingway, a senior writer at RealClearInvestigations.

Tennessee Republican Sen. Marsha Blackburn sounded off on Lemon for coddling Biden, accusing him of not asking difficult questions.

“Don Lemon is not a journalist,” Blackburn tweeted. “He is an activist. #BidenTownhall.”