The Forgotten History Of Vaccines & Disease Everyone Should Know 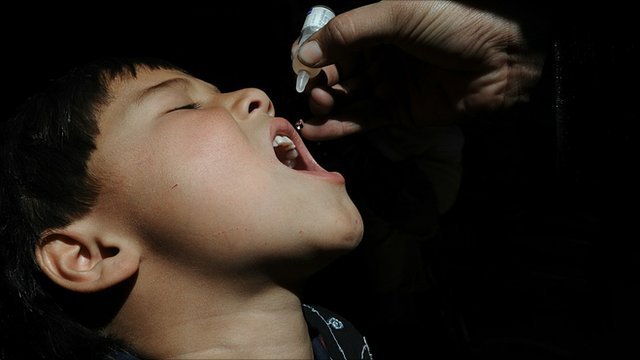 Last month I read a book that would change my perspective on the vaccination debate. The book is called Dissolving Illusions: Disease, Vaccines, and the Forgotten History, written by acclaimed nephrologist Suzanne Humphries.

For anyone involved in the controversial vaccine debate, whether a proponent or opponent, this book is truly invaluable for a few reasons.

The thoroughness of Humphries’s historical research is unlike anything I’ve seen before, a rare book that provides in-depth investigations documenting the medical history related to mass vaccination programs and infectious diseases.

She turned her back on a $300,000 salary to become a low-paid researcher, all because her integrity wouldn’t allow her to turn a blind eye to what she was seeing in her practice.

Suzanne spoke with Dr. Mercola to tell her story as well as what she discovered after years of careful and persistent research.

Why Dr. Humphries Wrote This Book

Prior to 2009, Suzanne Humphries was a well respected, and highly sought after nephrologist working out of Maine.

At the time she considered herself “pro-vaccine,”

“I had vaccinated my dialysis patients; I, myself, was vaccinated; and I pretty much believed what I was taught in medical school,“ she says.

But when Suzanne noticed her patients were getting vaccinated before seeing her, she knew something was up.

“My patients were getting vaccinated on their first hospital day before I even saw them, and the order had my name on it,” she says.

After complaining to her administration, she was met with immediate resistance, she explains in her book. This led her to do some research on the widely accepted vaccine intervention. She soon found no medical literature stating it was safe to administer to an acutely ill patient.

“My patients were acutely ill, they had inflammatory diseases, and I didn’t want them vaccinated,” she said.

Because the ‘polio’ and ‘smallpox’ vaccine argument was brought up often (i.e., the vaccines for these diseases eradicated the diseases), she knew she needed to look more into the story to defend her stance.

“In my research, I was startled [to realize] that what I found was completely counter to what I have been told and taught my entire life.

The stories are very twisted, long, and complicated, and the vaccines have changed over time. It’s really easy to kind of throw up smokescreens here and there and make whatever argument one might want to, because people are so ignorant and because the story is so complicated.“

The Truth About The Smallpox Vaccine

As she explains in her book, the smallpox (SP) vaccine was developed long before the human immune system was understood.

The vaccine was actually developed based on a rumor circulating among dairy maids. The rumor was that when a dairy maid had been infected with cowpox—which is a common infection on the udder of the cow—she would no longer be susceptible to smallpox.

Hysteria was easily brewed among populations at the time, and this rumour spread quickly. This led Edward Jenner to develop the first SP vaccine.

“Basically, it was made by scraping pus off the belly of a cow,” Dr. Humphries says. “Sometimes there was some goat genetic disease in there. There was horsepox mixed in there.

There was sometimes human pox mixed in and some glycerin. They would shake it up; they would take kind of a prong, and puncture the skin several times…

there were many people who developed serious smallpox disease and died after they were vaccinated. The severity of disease was often worse in the vaccinated than the unvaccinated.

There are statistics that show that the death rate was higher in the vaccinated than the unvaccinated.”

Suzanne also explains that when the vaccine was first developed, there was no way to accurately diagnose what pox disease a person had. Any pox was considered smallpox, when in reality it could have been chickenpox, monkeypox, or smallpox. The human pox virus was hardly the only virus in the vaccine.

Suzanne explains that this vaccine was the most contaminated vaccine ever used.

What Happened When Leicester, England Stopped Getting Vaccinated

” If you look at a town like Leicester in England, that town was noticing that they had one of the highest vaccination rates in the vaccinated world and their smallpox breakout was higher than ever,” Dr. Humphries says.

“The people in the town had a rally. The mayor and some of the health officials were there. They all agreed that they were going to stop vaccinating… The result was quite different from the predictions.

Why Antibodies Are The Wrong Way To ‘Immunity’

As Dr. Mercola explains in his article, The Forgotten History of Vaccinations You Need to Be Aware Of

The problem with this approach is that you can have high antibody levels and still get the disease. It’s very difficult and expensive to measure the cellular immune response, and immunologists admit that they are still in the dark about a lot of the finer points of the overall immune response.

Antibody titers or blood levels [don’t] tell you whether you’re going to be immune in the future, because antibodies are only one aspect of the immune response, and in some cases are not even necessary to easily combat the sickness and become immune.”

I have papers that show that people without antibody for polio have actually been able to respond to the virus as if they were already immune. The antibody really is a real wrong roadmap to look at to tell what’s really going on. Sometimes there’s correlation, but it’s certainly not a given.”

The alleged success of the polio vaccine is another commonly used tactic in the vaccine debate for paralysis in the muscles. Before the  vaccine became available, if you were admitted to the hospital any doctor could diagnose you with polio based on two physical examinations within 24 hours, to check for paralysis in one or more muscle groups. We now know that a number of viruses can cause paralysis, but back then, all instances were thought to be due to polio virus.

But when the polio vaccine was developed, a problem emerged. Swedish scientists were trying to tell the US scientists that formaldehyde inactivation was not going to work as planned.

But the warning fell on deaf ears, and as it turns out, formaldehyde did not kill of the live polio viruses in the injectable vaccine. This lead to the paralysis and injury of many in 1955.

To cover this up, they changed the diagnostic criteria for polio.

Next was the testing issue. Prior to the vaccine, there was no testing done on blood or stool samples. After the vaccine came along, there was an epidemic in Michigan around 1958. About 2,000 people were diagnosed with polio.

Once serological testing was finally done, they discovered that the polio virus was found in only a small minority—about one-quarter of the 2,000 who displayed symptoms of infection. Interestingly, in the remainder of people who were showing symptoms they either discovered a different virus or no virus at all. And, subsequently, those patients were no longer “counted” as having polio.

What Happened When They Switched To An Oral Polio Vaccine

After an oral polio vaccine you become a reservoir for a virus that can mutate or combine with other bowel viruses, creating new strains that are often more virulent to those around you.

According to Dr. Humphries, the only thing the injectable vaccine theoretically does is give you some blood immunity, similar to tetanus. This means it is only going to be effective if your blood meets the virus before the virus meets your nervous system.

Once vaccine makers realized just how difficult it was to inactivate the polio virus, and many people ended up contracting polio from the vaccine, they decided to abandon the injectable polio vaccine and create an oral vaccine instead, which is more similar to the natural route of infection.

“You can give a baby an oral polio vaccine and it can be attenuated. But even in the vial, before you give it to that baby, those viruses are starting to revert back to their former problematic state. And then once the baby swallows that, the baby will generate some immunity in the intestine. But what’s going to come out of that baby is going to be mutated vaccine virus. Oftentimes this is problematic, especially in people who are immunosuppressed” Humphries explains.

The US eventually switched back to the injectable in the 90s, making adjustments to the formula as a response to the inactivated polio virus. Modern polio vaccines are propagated and inactivated differently from earlier versions, and different countries also use different strains of the polio virus, using one or two as opposed to three strains previously.