As a Former Liberal, I Can Assure You: Leftists Celebrate Abortion Because They Hate YOU 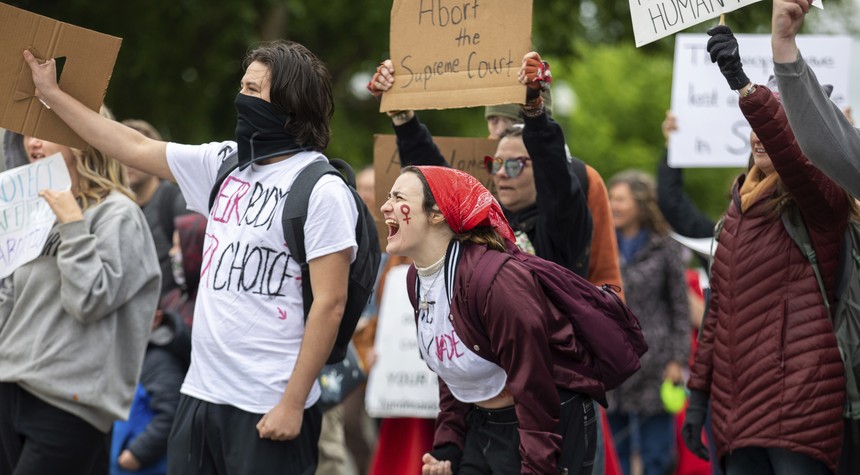 The real reason the lefty abortion goblins are misplacing their excreta lately is simple: they hate conservatives, and they believe every abortion is a swaggering middle finger to “evil, racist pro-lifers.” If we take away the left’s perceived greatest weapon, abortion, how will they let us know they hate us? That is why they react like vampires on a sunny beach when it comes to ending abortion. It’s not so much a “woman’s right to choose” as it is a way of lashing out at you.

As a former New York City liberal, I can assure you that every lib is brainwashed into believing conservatives hate poor people, minorities, and even ethnic foods (yes, liberals actually told me that conservatives are such xenophobic bigots that we won’t eat a delicious carnitas burrito). I was also told an apocryphal tale about a bunch of Republicans who were rounded up and tricked into test-screening a “Western” film, which turned out to be Brokeback Mountain, and the well-dressed homophobes supposedly ran screaming from the theater.

Liberals believe that the one thing that truly hurts conservatives to the core, that really steams their clams, their kryptonite, is a woman walking into an abortion clinic and ending a pregnancy. And the later that abortion is performed, the deeper the dagger is plunged into the heartless chest cavities of every soul-free, woman-hating conservative, or so they believe.

FACT-O-RAMA! A common mantra of the left is, “Conservatives only care about unborn babies, but turn their backs on them after they are born!” When I hear this codswallop, I suggest that the portly, blue-haired dime museum spewing this flapdoodle go Google the words “Catholic adoption” and eat some Kansas City dry-rub-seasoned crow.

Check out these skeezers symbolically taking “abortion pills” (and washing them down with “designer” water, SO bohemian!). I promise you they staged this photo op hoping some “old, conservative white man” would see it and stroke out. 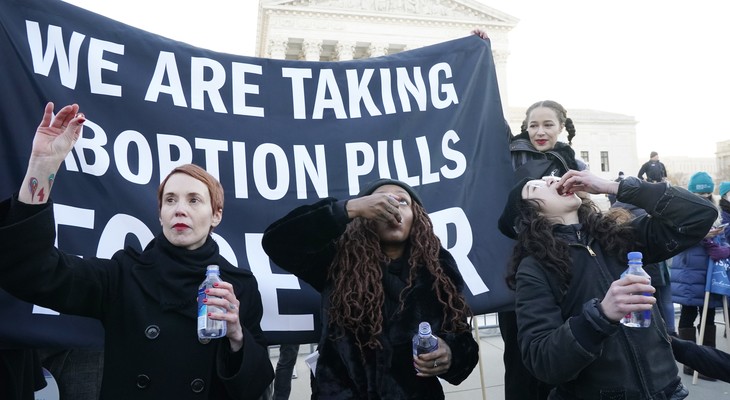 Check out the glee on the mug of this harpy below. I assure you she thinks having an abortion means that conservatives will screech as hard as she does. She is hoping her packs of fake abortion pills will trigger pro-lifers into a rage. That is some sci-fi level of narcissism. 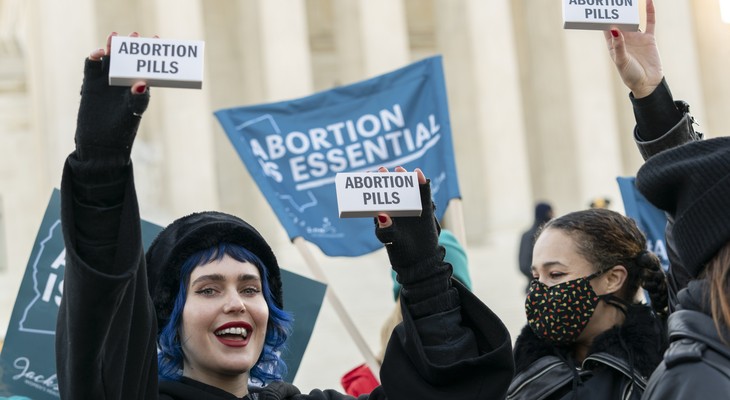 Here is where the bolshie chuckle factor kicks into high gear: the pro-choice gals carry signs that read “100% of men will never get pregnant!” This is at odds with the Stalin-like trans freakshows who want to kill anyone who believes a man can’t get preggers.

Riddle me this, bat-like gender-neutral superhero: how will this dilemma be resolved? I have an idea… 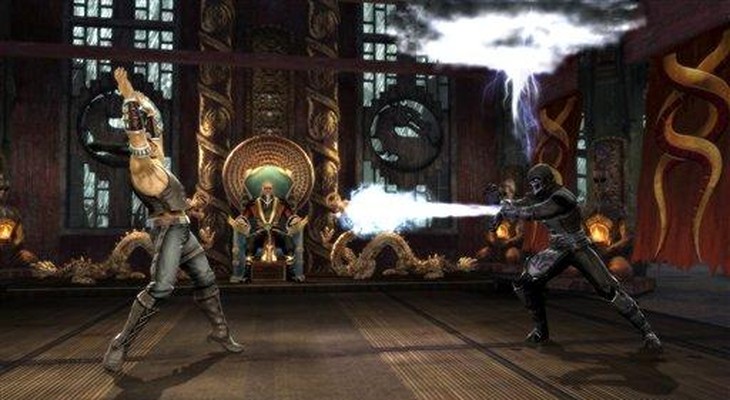 That’s me sitting on the throne, enjoying the eminent feminist-trans showdown, unless, of course, they are all on the same side… huh…

Though we’ve been assured that men don’t get an opinion when it comes to abortion, occasionally one slips through the femi-guards’ battle lines. Check out this hobgoblin as he loses his voice trying to impress women who will likely never allow his seed anywhere near their ova.

OPINION-O-RAMA! I believe abortion would have remained untouched if greedy, self-absorbed pro-choice harridans hadn’t pushed to abort children days before birth. Hillary once called for abortion to be “rare.” I’d even add “early” onto that. Now commie broads want the right to abort a child if the woman gets invited to a smart party and wants to wear a dress that no longer fits.

Scorching acrimony is the driving force behind everything the far-left engages in. They only want our guns because they know it makes us angry. They don’t care about the rising pile of dead black men their own laws have caused. If the left REALLY wanted to end “gun violence” in the inner cities, they’d lock up those who break the law, but that would mean holding black criminals responsible for their crimes, and Democrats can’t do that. It’s not about crime or mass shootings; it’s about taking our guns out of hatred.

Here is a video of Antifa prags concealing their identities and attacking a Christian group peacefully assembling in a park.