Are the New Progressive Rules Reciprocal? 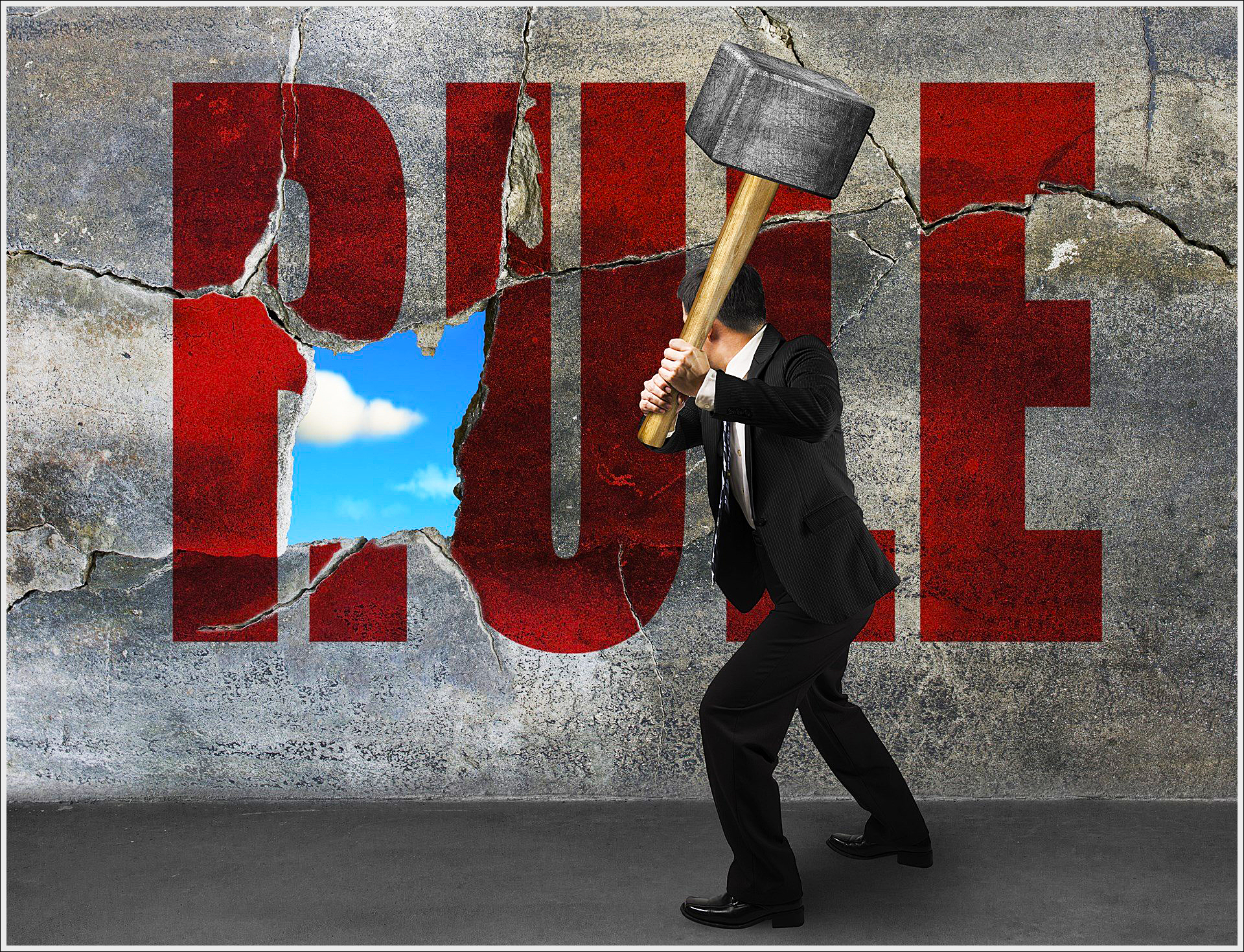 In the era of peak woke we are supposed to accept any radical departure from long-held custom and tradition as the new normal.

Perhaps. But if so, is the improved new code of behavior at least reciprocal? Will the radical Left really wish to live by its own novel normality when it loses power?

Have leftists ever read Thucydides on the stasis at Corcyra and his warning that zealots who destroy laws, customs, and traditions for short-term gain, soon rue the day they began making such changes when, in vain, they seek refuge in the very sanctuaries of behavior that they have destroyed?

Or will they just plead that their own rules do not apply to themselves given their innate moral superiority? Will they employ the John Kerry defense that one must bomb the upper atmosphere with private-jet carbon emissions in order to do the important work of flying around the globe to stop carbon emissions?

How about the new protocols regarding the Supreme Court?

Should conservatives mass at the home of Justice Sonia Sotomayor, decrying her radical nihilist abortionist ideology? Is that an understandable cri de coeur? Would such intimidation in the future moderate her extremism? Is that now an acceptable strategy?

Should Senate Minority Leader Mitch McConnell (R-Ky.) now lead a throng of screaming, right-wing protestors to the very doors of the Supreme Court? Should he egg them on by calling out by name Justices Ketanji Brown Jackson and Sotomayor, warning that they have sown the “wind” and will soon reap the “whirlwind,” as they will have no idea what “hit” them?

Is that moral courage? Would the New York Times and NPR nod approval to such “grassroots” anguish? Will anyone define what the incendiary “hit them” means?

When the Republicans gain the presidency and Congress, should they pack the court to 15 justices, on the cue of current progressive efforts?

Is the new norm that right-wing goons should dog Justice Jackson while eating at restaurants, throng her—and then be contextualized and excused by conservative cabinet members, media, and politicians? Is that our new normal reaction to rulings with which we disagree?

Should the next president trash the rulings of liberal justices when abroad before his foreign hosts? Should the conservative world keep mum when a crazy right-winger shows up fully armed near the homes of left-wing Supreme Court justices?

Should the Left one day achieve a 5-4 majority, would major conservative politicians then claim that their rulings are “illegitimate” and seek to find ways to nullify them?

Should conservative clerks leak controversial drafts of left-wing opinions to the media in hopes of mobilizing preemptive opposition to and strategies against subsequent progressive rulings?

Are the Left’s new Supreme Court protocols the new normal that the Right, when in power, should duplicate?

If the Republicans enjoy a Senate majority in 2023, should they follow the left-wing cue of Barack Obama—to end the “Jim-Crow-era” and “racist” filibuster, and thereby end “obstructionist” ideologues who prefer “gridlock”?

Should right-wingers designate 550 sanctuary jurisdictions in which overreaching federal environmental law simply does not fully apply? Are there to be cities and counties where federal gun registration is de facto dropped—on the principle of a higher allegiance to the Constitution?

When Republicans take over the House in 2023, should they immediately start impeachment proceedings against Joe Biden, for destroying the border and ignoring his oath to faithfully execute immigration laws?

Will they also appoint a special prosecutor to investigate the “Big Guy” to find how much of son Hunter Biden’s cash he received and whether he fully reported such income to the IRS—all to impeach Biden a second time as a private citizen once he leaves office? Is that the Left’s congressional legacy?

Or should they call in Ivy League psychiatrists right now to tele-diagnose Biden as demented and deserving of an “intervention” under the 25th Amendment? Should they subpoena transcripts of all Biden’s private calls with foreign heads of state, or bring in those on the national security council to testify to what Biden said privately to foreign leaders, to ferret out any sign of senility or reference to Biden family skullduggery?

Should a newly elected House Speaker Kevin McCarthy (R-Calif.) tear up on national television the next misleading and factually inaccurate State of the Union address by Joe Biden? Will the nation then voice support for his adherence to the Nancy Pelosi norm?

Will there soon be a return of the January 6 committee in which Speaker McCarthy appoints only those Democratic members who voted in 2023 to impeach Joe Biden and were political lame ducks? Will he announce that any members of “the squad” will not be serving on any congressional committees in 2023?

Should the selectively packed committee examine the 120 days of 2020 rioting, the planned attempt to storm the White House grounds on May 31, 2020, the burning of a historic church or of a federal courthouse, and the Black Lives Matter/Antifa conspiracy to riot, loot, and destroy that was coordinated on social media?

Will they call in an “insurrectionary abettor,” Vice President Kamala Harris, to ask why in the violent aftermath of an attack on the White House grounds did she as a vice presidential candidate boast that “protests” such as those would and should continue?

Should “insurrectionist” Stacey Abrams be compelled to testify about her prior year-long efforts to “nullify” the Georgia gubernatorial vote?

Will the new Congress investigate all the House and Senate members who tried to reject the Ohio vote of 2004, or who sought to pressure electors to reject their constitutional obligations in 2016, or all the senior left-wing politicians who claimed that the president in 2017 was “illegitimate,” the vote of 2016 was “rigged,” and Joe Biden should not honor the count in 2020 if it did not go his way?

Will there be a new committee to investigate “left-wing rage,” to ascertain why political attackers, mass shooters, and attempted assassins serially target conservative congressmen, senators, Supreme Court justices, and gubernatorial candidates? Do they use social media to plan their nefarious plots?

Was such unaddressed and ignored congressional rejectionism in the past “reckless” or even “insurrectionist”?

What will be the new norm should a new Republican-appointed chairman of the Joint Chiefs or defense secretary vow before Congress, without supporting documentation, that he is rooting out dangerous BLM and Antifa sympathizers in the military as likely insurrectionists?

Will he express worry about “black rage” that is reflected in inordinate proportional representation in spiking violent crime, and especially disturbing new asymmetrical hate-crime statistics? Will he worry that white males are vastly “overrepresented” in combat units and die on the front lines at twice their numbers in the general population? Is that a de facto violation to the most existential degree of equity and inclusion or diversity?

What will be the reaction if the next chairman of the Joint Chiefs calls up his Chinese Communist counterpart to warn him that Joe Biden is senile and talks recklessly about “removing” Putin, and thus China or Russia must be warned should Biden suggest something dangerous? Do new military norms accept the chairman now has operational authority and can simply abort the chain of command when he sees fit, regardless of the statutory link between the president and defense secretary and their theater commanders?

What will happen if a slew of conservative retired generals now senses a new normal and will thus publicly decry Joe Biden as a fascist, a Nazi-like failure, a veritable architect of Auschwitz border cages, a liar, a cheat, and deserving of removal the sooner the better? Will that be OK?

Will there follow applause or at least exemption under the new normal, or will an unhinged liberal voice in the wilderness vainly suggest such invective is improper if not illegal under the Uniform Code of Military Justice?

What would happen should the new military demand mandatory conservative and traditional civic education among the ranks, banish the current woke diversity-equity-inclusion industry—and thus see recruitment crash? Would the Left stay silent or scream as the army struggles to achieve just 40 percent of its recruitment goals?

The FBI and CIA

What about the new normal at the FBI? Will it stay a retrieval service, but this time around for a Republican president in 2025—should an addled first family member lose a feloniously incriminating laptop, a sexually embarrassing diary, an unlawfully and deceitfully registered handgun, or a wayward crack pipe?

Will the next FBI director preposterously open an investigation during the 2024 election, on rumors that the activities of the Biden family, of General Mark Milley, of Anthony Fauci, of key senators with Chinese financial interests all constitute a sort-of-kind-of “collusion” conspiracy with China, aimed at advancing a self-enriching and mutual left-wing agenda in the presidential election?

Will the FBI director claim 245 times under oath before Congress he has no memory of what he has ordered? Will it be a slap-on-the-wrist, reduced-sentence tacit approval that an FBI lawyer altered a court document to ensure we get to the bottom of “Chinese collusion”? Is it alright if we learn that a Republican presidential candidate hired a foreign ex-spy, and hid his pay behind three walls, to find dirt on his opponents?

Will Congress bring in some old right-wing FBI retired bulldog to compile a “dream team” of Federalist Society legal zealots to hunt for “Chinese collusion” among Democratic grandees?

Will the FBI investigate Mark Zuckerberg, following his $419 million dark-money trail to see how many state registrars were absorbed by Zuck-bucks cash in conspiratorial fashion?

Will an enterprising conservative ex-spy compile a fantasy “dossier” of alleged Biden family shenanigans, in lurid sexual detail, with the Chinese, and then peddle it to right-wing blogs on the eve of an election, all while being paid by the FBI?

Will the FBI in 2025 be dispatched to school board meetings to monitor whether left-wing activists are too intimidating to board members? Will they bring in SWAT teams to arrest leftist political operatives whom the Republican Justice Department finds possibly indictable?