America’s oil refinery crisis as the bottleneck to energy freedom 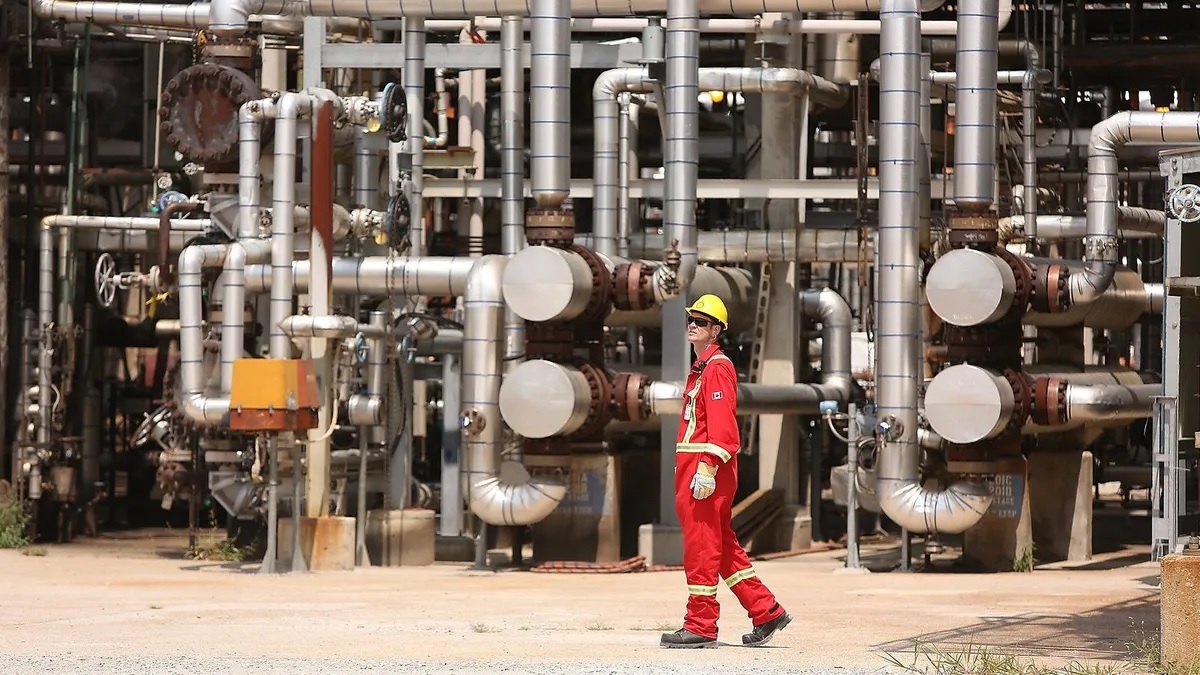 A third-world country was traditionally regarded as an undeveloped nation, which, unlike its first-world counterpart, lacks the resources to foster a prosperous economy. What we are confronted with under the Biden administration, however, is the coming of a “fourth-world” dynamic, where prosperous Western countries endowed by God with tremendous reserves of natural resources shun, destroy, and obstruct their own resources and punish their people with self-inflicted poverty.

In case anyone still thought leftists were pained by the unprecedented energy inflation, Biden made it clear that he views the destruction of cheap and effective energy as a blessing. “My mother had an expression: Out of everything lousy, something good will happen,” Biden told reporters in Rehoboth Beach on Monday. “We have a chance to make a fundamental turn toward renewable energy, electric vehicles, and across the board.”

In other words, the obstruction of our boundless God-given oil, gas, and coal resources is not a natural disaster, but a controlled demolition in order to make us reliant on unsafe and ineffective energy, just as they used (or induced) the pandemic to make us reliant on unsafe and ineffective medical products and treatment. They are hell-bent on doing to our economy and energy sector what they have long succeeded in doing to health care. Just know: It didn’t have to be this way.

Aside from the war on drilling, fracking, and pipelines, the left is ensuring that oil refineries become the key bottleneck of our energy freedom, in their regulatory morass that keeps all forms of fuel prohibitively expensive. You can’t have gasoline or jet fuel without growing capacity among oil refineries, yet we haven’t built a new large refinery since the 1970s. Worse, Chevron CEO Mike Wirth ominously warned that he believes there will never be another oil refinery built ever again.

“Capacity is added by de-bottlenecking existing units by investing in existing refineries,” Wirth explained at a conference earlier this month. “But what we’ve seen over the last two years are shutdowns. We’ve seen refineries closed. We’ve seen units come down. We’ve seen refineries being repurposed to become bio refineries. And we live in a world where the policy, the stated policy of the U.S. government is to reduce demand for the products that refiners produce.”

“At every level of the system, the policy of our government is to reduce demand, and so it’s very hard in a business where investments have a payout period of a decade or more,” Wirth said. “And the stated policy of the government for a long time has been to reduce demand for your products.”

In other words, the declining oil refining industry is a self-fulfilling prophecy. The more the global oligarchs demand an end to fossil fuels and institute policies facilitating that goal, both on the supply and demand sides, the more it becomes impossible to obtain the long-term financing to invest in critical infrastructure.

This comes at a time when we already have the existing refineries shutting down due to age and the inane pandemic shutdown. Two weeks ago, a large Houston oil refinery operated by LyondellBasell Industries announced it would shut down its operations at the end of next year, which means we are slated to lose 200,000 barrels a day. The U.S. already suffered the closure of six refineries due to the lockdown, which cost us 800,000 barrels a day. Rather than rapidly increasing our crude oil distillation capacity every month, as we were doing for years, we are now about 1 million barrels per day off the pre-pandemic peak. However, because of the demand-side policies, the regulatory schemes, the carbon footprint financing regulations, and the ethanol mandates on small independent refiners, we will likely never recover.

The Biden administration has become so friendly to the ethanol mafia that it is setting the renewable fuel standard prohibitively high. This forces refiners, who inevitably can’t blend that much ethanol into the national fuel supply, to purchase ransom credits from the EPA, known as renewable identification numbers (RINs). Thus, not only is the greater pull to ethanol diluting the fuel and raising the cost of corn and fertilizer – both commodities at record highs – it is exacerbating the financial instability of our nation’s fragile and aging refining capacity. And that is exactly what Biden would call a blessing in disguise.