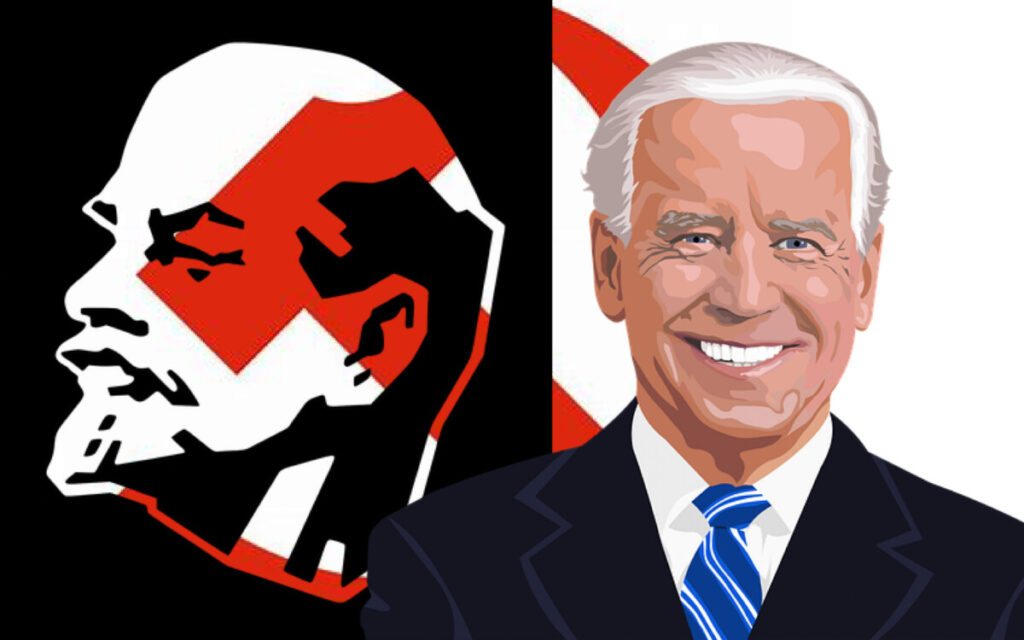 There is something very strange going on with the Biden administration. It is pursuing the most radical political and economic agenda in American history. Yet unmistakably it is doing so without a mandate of any kind from the American people. Why then is it pursuing these policies and why does it continue to do so?

Biden came to power in a bitterly contested election surrounded by questions about the legitimacy of the electoral results. To the extent people did vote for Biden they mostly voted against the more controversial aspects of Donald Trump’s personality and style.

Biden’s party lost ground in that election in the House of Representatives. The U.S. Senate is evenly split.

Since Biden‘s election, his poll numbers have plummeted like the Titanic after hitting that iceberg. Joe currently enjoys approval ratings below 40%. Independents, who supported him overwhelmingly in the last election have fled.

“In 2020 exit polling, President Biden won independent voters by a 54 percent to 41 percent margin, J. Ann Selzer of Selzer & Company said in a news release. “If the election were held today, our poll shows former President Trump winning that group 45 percent to 28 percent. It is a massive shift in a demographic that helped carry Biden to victory less than two years ago.”

Any conventional political analysis would say that Biden needs to alter course dramatically. The wise old men and women of the Democratic Party who guided people like Bill Clinton and Barack Obama should be telling Biden that he needs to steer towards the middle, abandon the more controversial aspects of his policies and present himself as a unified unifier, not a divider.

Yet, Biden not only holds course but appears to be doubling down on every policy.

I have heard a number of conservative thinkers respond to this question by saying Biden is simply trying to accomplish as much as he can before the opportunity fades. This does not logically make sense. In a democratic system essentially everything that Biden is doing can be undone. Once he is no longer in control of the House, once the White House passes to another party all of these changes can be rolled back.

In a democratic system, nothing is permanent unless the people want it to be.

And maybe inherent in that statement is the answer to the original question. Maybe the intent is that when Joe is done there will no longer be any viable democratic system.

When people think about the Russian Revolution, they tend to collapse events and simply think in terms of a popular revolution that swept the Bolsheviks to power. That is inaccurate. It hides the reality of what happened.

The Czar was, in fact, overthrown in what might be described as a popular revolt. That revolt did not bring the Bolsheviks to power. It brought to power a Provisional Government intent on creating a new, democratic Russia.

Once the Czar was gone, though, the Bolsheviks seized power. They staged what amounted to a coup. They forced their opponents out. They arrested them. They jailed them. They executed them.


The rest is history. Russia descended into decades of totalitarian rule.

Are we on the cusp of such a development right here in the United States?

Opponents of Biden’s regime are being demonized and accused of being domestic terrorists. The FBI and DOJ have been weaponized for use against those who criticize the regime. If you spread “disinformation” – defined as anything contrary to the Biden administration’s narrative – you can be accused of encouraging and supporting violence.

Biden increasingly bypasses the legislature and rules by executive fiat. Using the excuse of the COVID-19 “pandemic” he seeks to gain control over all employment, all travel, and increasingly all decisions about how you raise your children.

Biden’s nominees for key positions are immersed in Marxist ideology. Many of them have strong connections to Communist China. His nominee for Comptroller of the Treasury wants to nationalize the banking industry. His Secretary of the Interior came to office with the strong backing of the Communist Party of the United States.