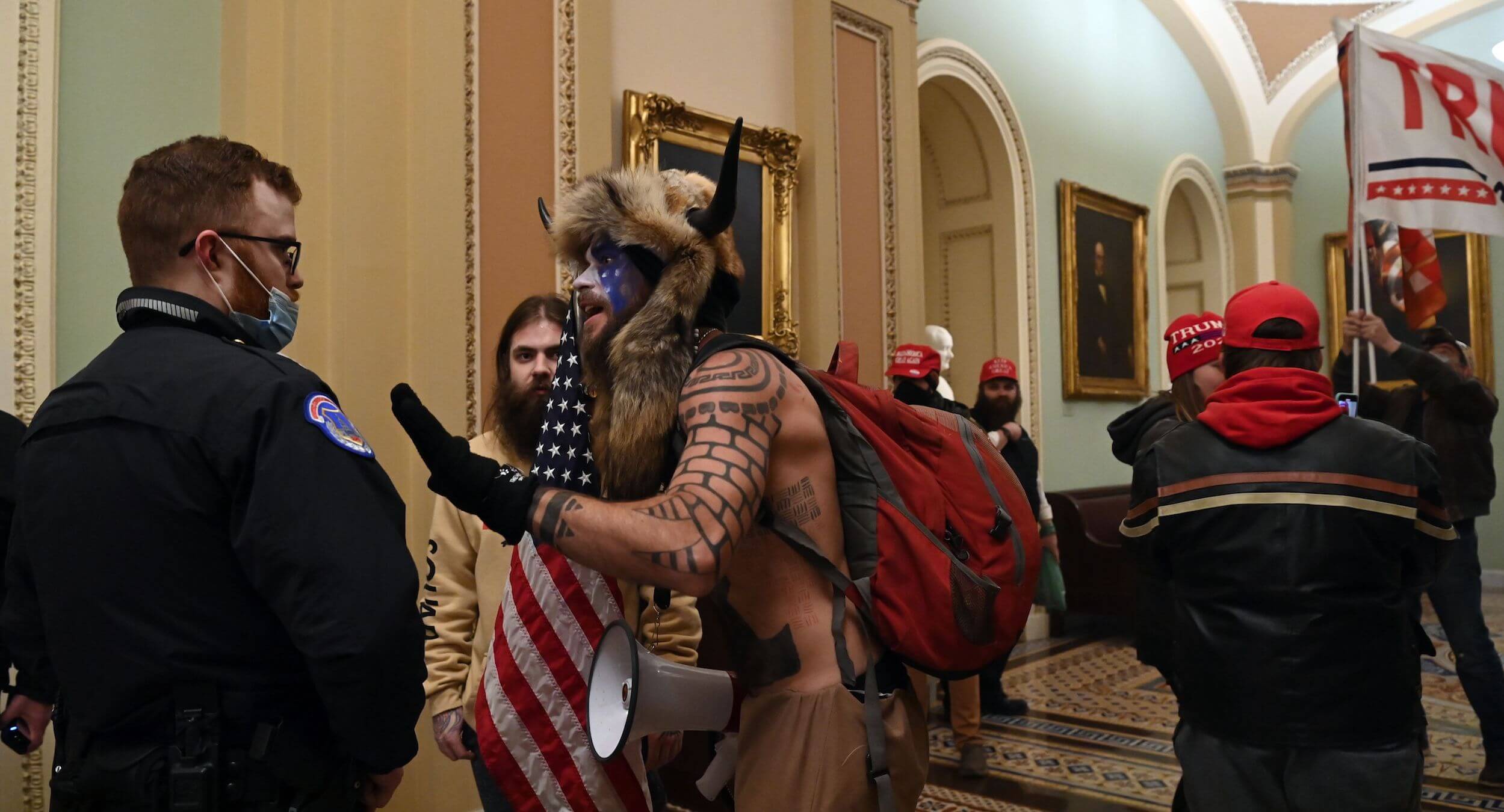 This is why the DOJ absolutely refuses to release thousands of hours of surveillance video — they claim because it’s “too sensitive” and would compromise “national security.”

The actual truth is because the video shows Capitol Police allowing protesters to enter the Capitol, and you can’t make a trespassing charge stick when the agents of the state are giving permission to enter.

Now, that doesn’t excuse the relatively few — like 15-20 people — who were attacking cops. No cop gave permission to be attacked, and anyway, you can’t assent to assault.

But this does mean the 400 people being held without trial, in solitary confinement, for political “crimes,” including mere trespassing, cannot be convicted of that crime and should be released at once.

But they won’t be. The government has been taken over by Marxists at war with America and the American people.

A newly-obtained video shows United States Capitol Police officers speaking with several January 6 protestors–including Jacob Chansley, the so-called “Q shaman” –inside the Capitol that afternoon.One officer, identified in the video and confirmed by charging documents as Officer Keith Robishaw, appears to tell Chansely’s group they won’t stop them from entering the building. “We’re not against . . . you need to show us . . . no attacking, no assault, remain calm,” Robishaw warns. Chansley and another protestor instruct the crowd to act peacefully. “This has to be peaceful,” Chansley yelled. “We have the right to peacefully assemble.”

…The video directly contradicts what government prosecutors allege in a complaint filed January 8 against Chansley: “Robishaw and other officers calmed the protestors somewhat and directed them to leave the area from the same way they had entered. Chansley approached Officer Robishaw and screamed, among other things, that this was their house, and that they were there to take the Capitol, and to get Congressional leaders.”


A few Republicans are finally starting to push back against the opportunistically Marxist lie about a Four Hour Insurrection that apparently requires locking down all conservatives.

The facts, of course, are of no use or interest to the news media, Democrats, or NeverTrumpers who hope January 6 is the fatal blow to the Trump-supporting Right–a monster, in their view, that will not die no matter how hard they try–which is why, as another Republican congressman noted during the committee hearing, such virulent spin is necessary.”Outright propaganda and lies are being used to unleash the national security state against law-abiding U.S. citizens, especially Trump voters,” Representative Paul Gosar (R-Ariz.) said in his opening remarks. “The FBI is fishing through homes of veterans and citizens with no criminal records and restricting the liberties of individuals who have never been accused of a crime. It was reported early, totally unconfirmed, that an armed insurrection beat a police officer to death with a fire extinguisher.”