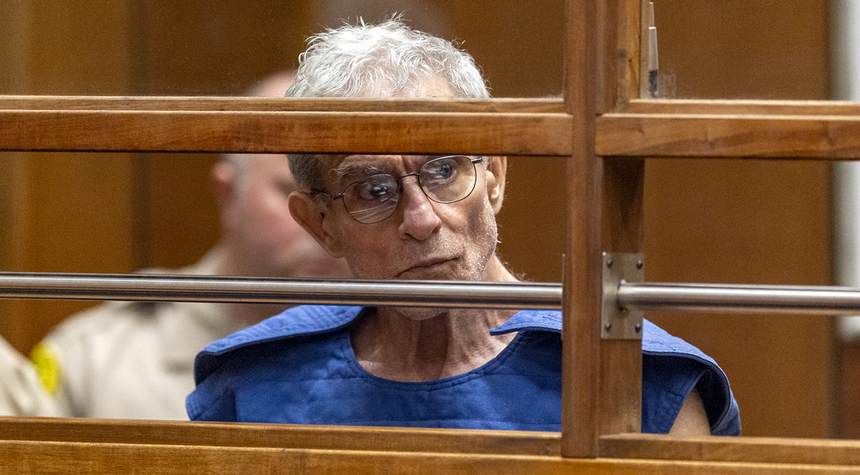 Sam Bankman-Fried, the latest fraudster to (maybe) face the music was the 2nd largest donor to the Democrats for the past two election cycles. His contributions were only exceeded by George Soros. Bankman-Fried had been promising to spend up to a billion dollars in the next election cycle to ensure Democrats win the presidency and all power in Washington.

Probably not going to happen now, I would guess.

Bankman-Fried, though, is hardly unique among the ponzi schemers and frauds to throw in their lot with the Democrats, relying on their power to shield them for years or even decades from the arm of the law. Harvey Weinstein was able to skate by for decades as a rapist and abuser in Hollywood because he made tons of money for people, and even more importantly gave tons of money to the right people.

In just the past few years a parade of prominent Democrat donors have been revealed to be evil and/or frauds; not only were these people donors to Democrats, but they were chummy with the politicians who obsequiously pumped them up as paragons of virtue. In exchange for the cash a stamp of approval was bestowed, along with a respectability that kept the worst people in the world afloat and wealthy.

Jeffrey Epstein, of course, famously palled around with the glitterati and the powerful. Princes and presidents, billionaires and academics all palled around with him in exchange for cash and…favors. Favors that will never be revealed, now that Epstein is conveniently dead of suicide. It’s not that nobody knew–Epstein had been convicted of sexual crimes long before he was abandoned by the best and the brightest. It was known that he was a pedophile, but the money flowed, so no biggie.

Ed Buck–sentenced just this past April to almost no coverage–was a Democrat mega donor and fundraiser. He also lured young men to his home and drugged them, eventually killing two of them with overdoses of meth. “Federal authorities described Buck as a “violent, dangerous sexual predator” who exploited “vulnerable victims—men who were drug-dependent and often without homes—to feed an obsession that led to death and misery.”

Buck remained prominent in Democrat circles even after men started dying in sex romps with him. It took civil rights activists to push for an investigation into the deaths. Until then, prosecutors weren’t interested.

Buck, a 64-year-old white man, previously was investigated in the July 2017 death of Gemmel Moore, a 26-year-old black man who died of a methamphetamine overdose in Buck’s home, which was littered with drug paraphernalia, according to a Los Angeles County coroner’s report.

Prosecutors this summer declined to file charges, and Buck has not been arrested in either case. The Sheriff’s Department said he was present for both deaths.

Protesters, most of whom were black, gathered outside Buck’s apartment this week demanding his prosecution. Some protesters turned on Buck’s neighbors — most of whom were white — accusing them of being complicit.

The feds came in because civil rights allegations were brought. And, of course, a Democrat wasn’t president at the time. If it had been Hillary? Who knows?

I went to YouTube to look up what coverage there was of his sentencing for his crimes, and the only video I found was of local Los Angeles TV stations covering the story. It was pretty much memory holed.

Bernie Madoff, too was a major Democrat donor and friend of Hillary Clinton and Chuck Schumer, to whom he was extremely generous. With other people’s money. Surprised? Of course not. All the best Ponzi schemers know where to send their campaign contributions.

As her Theranos empire was falling apart around her, Elizabeth Holmes was still arranging fundraisers for Hillary Clinton in 2016.

Democrats steal money, they steal elections, they steal security and they steal the future. They are disgusting criminal thieves.

In light of the fact that the dems biggest donor behind George Soros, this Freid character also gave large donations to EVERY member of the GOP Senate who voted to impeach President Trump, this article seems worth a look:
https://pjmedia.com/news-and-politics/benbartee/2022/11/21/study-far-from-a-democracy-the-u-s-is-a-functional-oligarchy-n1647548
Really, these elites don’t care about dems v reps.
That “battle” is just their front.
they run the whole show.