7 Times Democrats Pled the Fifth or Refused to Testify 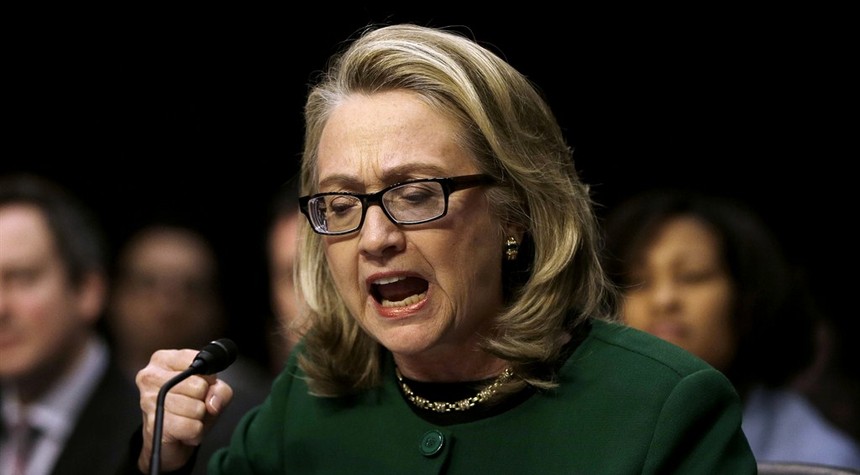 Democrats far and wide said that Trump’s refusal to testify was an admission of guilt, even citing his past comments on pleading the Fifth against him, in which he asked, “if you’re innocent, why are you taking the Fifth Amendment?”

Trump now knows the answer to that question.

“When your family, your company, and all the people in your orbit have become the targets of an unfounded, politically motivated Witch Hunt supported by lawyers, prosecutors, and the Fake News Media, you have no choice,” Trump said. “If there was a question in my mind, the raid of my home, Mar-a-Lago on Monday by the FBI, just two days prior to this deposition wiped out any uncertainty. I have absolutely no choice because the current Administration and many prosecutors in the Country have lost all moral and ethical bounds of decency.”

Of course, the left didn’t see it that way and was more than willing to assert that Trump pled the Fifth because of guilt. So, what do they have to say about Democrats who have pled the fifth or refused to testify?

There are many examples I could cite, but here are just a few.

Remember how treaties are supposed to be ratified by the U.S. Senate? Those were good times. But things changed when Barack Obama desperately wanted a nuclear deal with Iran that was so bad he kept the details secret from Congress. As a result, the treaty was destined to fail to achieve Senate ratification. So, Obama didn’t even try. Then, when Congress wanted answers, the White House refused to let the architect of the deal, Ben Rhodes, testify. White House counsel Neil Eggleston said at the time, “The appearance of a senior presidential adviser before Congress threatens the independence and autonomy of the president, as well as his ability to receive candid advice and counsel in the discharge of his constitutional duties.”

Bryan Pagliano, Hillary Clinton’s former IT specialist responsible for maintaining her controversial private computer server, invoked his Fifth Amendment right over 125 times during a deposition. According to ABC News, except for stating his name and responding “yes” to some procedural questions, he gave the same scripted response to every question about Hillary’s private email server setup: “On the advice of counsel, I will decline to answer your question in reliance on my rights under the Fifth Amendment to the United States Constitution.”

Similarly, Paul Combetta of Platte River Networks, who wiped Hillary’s private server with BleachBit, also refused to testify before the House Oversight Committee and pleaded the Fifth. Ironically, Hillary Clinton is now selling “But Her Emails” swag to raise money for her left-wing slush fund.

But her emails, indeed.

Susan Rice, who was involved in high-level discussions amongst Obama administration officials to spy on Trump’s then-incoming National Security Adviser Michael Flynn, initially accepted Sen. Lindsey Graham’s (R-S.C.) invitation to testify before the Senate Judiciary Subcommittee on Crime and Terrorism regarding Russian attempts to influence the 2016 election. Still, after Sen. Sheldon Whitehouse (D-R.I.), the ranking Democrat on the committee, expressed disapproval of Graham’s invitation, she backed out.

In the aftermath of Joe Biden’s botched withdrawal from Afghanistan, Secretary of Defense Lloyd Austin initially refused to appear and testify before the Senate Foreign Relations Committee. Because there was bipartisan unity in the quest for answers on the botched withdrawal, Austin couldn’t count on Democrats to support his refusal. Committee chairman Sen. Bob Menendez (D-N.J.) threatened to subpoena Austin unless he testified in the near future, which he eventually did.

Lois Lerner, the director of the Exempt Organizations Unit of the IRS when they were inappropriately targeting conservative and tea party groups, appeared before Congress in May 2013. She gave a statement but refused to answer questions by pleading the Fifth Amendment. Republicans called her back in March 2014, when she did the same. At the time, Rep. Elijah Cummings blasted Republicans for wanting to question Lerner.

"At the end of his presidency…Obama trucked 30M pages of his admin's records to Chicago, promising to digitize…and eventually put them online…More than 5 years after O's presidency…the National Archives webpage reveals…0 pgs have been digitized" https://t.co/12B2joW0Tq

Trump should not cooperate with a single question from this corrupt regime. He should fight tooth and nail to the bitter end against providing them a single bite of information. He has provided tons of information and they do nothing with it but lie about the content and make up what they want the evidence to show.

The left has concocted out of thin air accusation after accusation and, with taxpayer funds, pursued them until they can be pursued no more. Then, they invent ANOTHER witch hunt. No, no more cooperation, no more aiding and abetting their lying.

Every aspect of Democrat run regimes is illegitimate and dishonorable. To the fullest extent they can be, they should be totally ignored and disrespected.