Here’s a Biden scenario for you. Those documents were left where they were for a reason 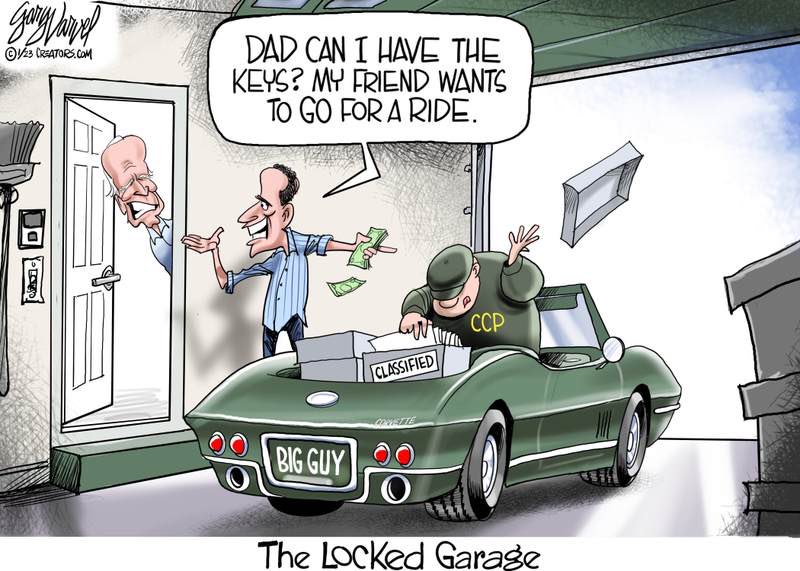 Reading Miranda Devine’s book “Laptop from Hell” you get a good insight into how Joe Biden traded his office for benefits over the years. He used his positions in office for favor trading that turned into 3 mansions, and a Corvette. Thing is, three mansions cost a lot of money to keep up. Some habits are hard to break. Enter Hunter

Hunter Biden complained that ‘half’ of his salary went to paying his father’s bills while he was Vice President, casting doubt on the Joe’s previous claims that he’s never benefited from his son’s business dealings.

The bills included a $190-a-month AT&T phone bill and thousands in repairs on Joe’s lakeside home in Wilmington.

And where would the ne’er do well amoral young Biden get money to support pop? From the Chinese, with a boost from Pop- and not just any Chinese.

The Biden family scored $31 million from five deals in China, all with individuals with direct ties to the Chinese spy apparatus, according to a bombshell new book.

Multiple financiers with direct ties to Chinese intelligence partnered with Hunter Biden during and after his father’s time as Vice President — including the former head of the Ministry of State Security and the head of foreign intelligence recruitment — and some of those relationships remain intact, according to Red-Handed: How American Elites Get Rich Helping China Win, by Breitbart News senior contributor Peter Schweizer.

Between the BHR deal and the $5 million wired by Harvest, Hunter received some $25 million from Chinese businessmen tied to the highest levels of Chinese intelligence, Schweizer writes.

Eventually, Hunter would be introduced to CEFC China Energy Chairman Ye Jiemaing (Jainming), with whom he would develop a close working relationship and would speak, according to Hunter, “on a regular basis.”

Hunter served as Ye’s “personal counsel,” and also worked with him to broaden CEFC as a global energy company with holdings in Oman, Romania, Colombia, and Luxembourg.

How did Hunter get the money to Pop? Rent

In 2018 Hunter Biden claimed he owned the house where Joe Biden kept classified documents alongside his Corvette in the garage Via @jj_talking pic.twitter.com/L7c80MRRiS 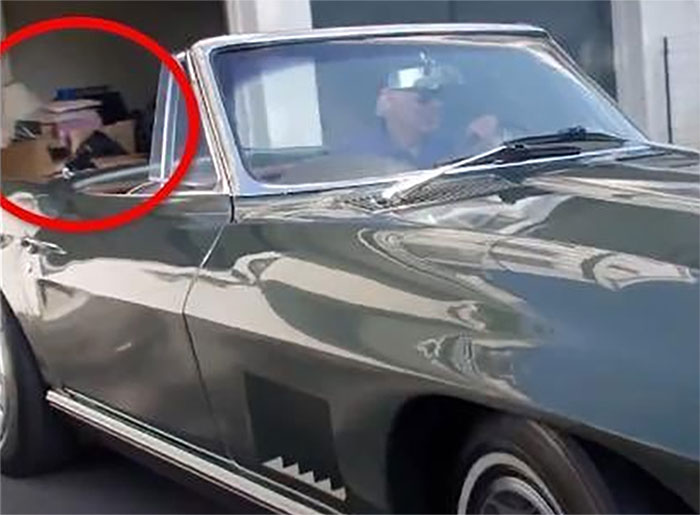 And by the way, no visitor logs were kept at this house for the 163 or so days Biden has spent there. Yet, the times Biden wasn’t there might be more important than the times he was there.

Because Hunter had access to the house and the garage. And the top secret documents.

It’s not rocket surgery to see what could have happened. The Wilmington house could easily have been the nexxus for the Biden chicanery. Biden took the top secret documents quite intentionally and recklessly stored them in a few places (and left them for Hunter to do as he wanted with them). Disclosed so far was that the documents concerned the UK and Ukraine (as in Burisma)

It also includes the start of first son Hunter Biden’s association with Ukrainian natural gas company Burisma, which hired the now-52-year-old to serve on its board in the spring of 2014 — despite Hunter having no experience in the energy industry.

Records recovered from Hunter Biden’s laptop and revealed by The Post in the fall of 2020 show how the then-second son introduced a top Burisma executive to his father, who oversaw the Obama administration’s Ukraine policy as vice president. In one email, sent around the time of Hunter’s hiring, Burisma board adviser Vadym Pozharskyi asked Hunter for “advice on how you could use your influence” to boost the company.

As I said, the time Biden wasn’t at this house is more important than the time he was there. When he wasn’t there Hunter was free to access the intel and use it for profitable endeavors which allowed Hunter to launder, er, I mean “rent” the house from Pop. Biden left other documents in the Penn Biden Center office- which saw a very large increase in funding from the Chinese when it was created. Biden owed them something and he could have been repaying his debt with US secrets.

Trump had the Secret Service guarding his documents and that maggot Garland still had him raided. Biden is setting the dinner table for foreign guests with classified US intel as the table cloth and there is no raid.

This whole thing is as rotten as are the Biden’s..

Oh please it’s all perfectly innocent, a simple mistake. The documents got accidentally picked up and of course Hunters masters errrrrrr benefactor’s simply wanted to make sure the files were safe and secure. FJB forgot they were in his garage and the locations, nothing to see here, move on.

Of course it is innocently removed from the White House in 2017, then moved from the office in 2018, how many other Top secret documents have been “misplaced” from that regime? And its perfectly normal to have Lawyers searching, er cleaning up offices, Attorneys always provide maid services.

I assume the House committee is looking over idiot Biden’s tax returns looking for the money Hunter says he paid “the big guy”, Pops. We’ve seen the one where idiot Biden claims $19,800 for income from rent when Hunter was stating he was paying $49,910 a month in rent (what a weird sum). When both are pathological liars, it needs to be determined which one might less of a liar at that particular moment.

Did idiot Biden claim all the repairs and bills Hunter says he paid for as income? How about the office Hunter paid for? Did idiot Biden take any deductions for using his house for business? If so, I think we deserve visitors logs.

I’m still wondering why it wasn’t a crime to carry Hunter on Air Force 2 to China solely so he could meet with business prospects, regardless of the conflicts of interest or appearance of fraud, influence and corruption. Did Hunter claim the value of the transportation on HIS taxes?

Hunter’s massive income (for no work) has to be declared somewhere. Is it all fully declared on Hunter’s returns? Does he deduct what he kicked back to “the big guy”? Does idiot Biden declare the income from money laundering he received from Hunter, either in the form of direct payments or in payments in the form of rent, expenses or repairs?

Few have less credibility and trust than idiot Biden. If the FBI can be deployed to retrieve Ashley’s diary, why can’t and shouldn’t they be deployed to see what other classified documents are hidden in all of idiot Biden’s homes?