What does it take, Garland?

There is a great scene at the end of the movie “The Hunt for Red October” in which there is a conversation between National Security Director Jeffrey Pelt and Soviet Ambassador Andrei Lysenko.

Ambassador Andrei Lysenko:
There is another matter… one I’m reluctant to…

Ambassador Andrei Lysenko:
One of our submarines, an Alfa, was last reported in the area of the Grand Banks. We have not heard from her for some time.

With the disclosure of yet another set of stolen documents this immediately popped into my head.

A third set of classified documents has been located at Joe Biden’s Wilmington home. the first set was found in a former Biden office at his “think tank” in DC before the midterm elections and only recently revealed. One page was found in Biden’s garage (which was locked when it wasn’t unlocked) and now this.

At first Biden claimed he was “surprised” by the November.

Biden’s personal lawyer Richard Sauber called it “inadvertent mishandling” as in “no harm, no foul.”

But it’s not that simple. If you were to steal the Mona Lisa it would still be a crime if 6 years later it was found in your garage and you then immediately gave it back even if you claimed “inadvertent mishandling.” Indeed, Andy McCarthy spelled it out

That’s not a defense to a charge of mishandling classified information. It is tantamount to an admission of guilt. For conviction, federal law requires prosecutors to establish that the defendant was grossly negligent. There is no need to prove that an accused was trying to harm the United States; just that he was trusted with classified information and carelessly flouted the standards for safeguarding it.

These documents were moved around more than once. Biden’s lawyers have been engaged in “rolling disclosures”, i.e., the story keeps changing and it has changed once again. It’s another “rolling disclosure.” This time they were clearly marked “TOP SECRET.” There is nothing inadvertent about this.

This demands a thorough investigation as questions remain.

Why didn’t the National Archives notice these documents were missing? Or did they?

Who had access to them? (We already know that Hunter did)

Given the rolling disclosures why hasn’t an FBI raided all of Biden’s properties to conduct a thorough search?

Why are we taking the President’s personal lawyer’s word that the search is complete when it obviously is not?

Who ordered the search and why?

Trump had the FBI guarding his locker and Garland still raided him.

Can someone please shut up that idiot KJP?

The MSM has gone into overdrive trying to protect this criminal misconduct but it’s not going to work this time.

Biden can always plead forgetfulness. He might escape prosecution but it would be the death knell for his Presidency as it would prove what many of us have been saying for a long time- that he is mentally deficient and a pathological liar. KJP told us the search was complete. It was not. We cannot take the word of the President’s lawyers that there are no more top-secret documents stashed away in Biden’s home.

It’s well past time for Garland to order the FBI to raid all of Biden’s residences. Failing that, there is no justice.

If joe pleads incompetence about handling documents, how can he claim competence to be president?
He can’t.
﻿
And, Richard Jordan.
We lost a cool actor to brain cancer at age 56 in 1993.
I think I’ve loved every role he played (that I’ve seen.)

If joe pleads incompetence about handling documents, how can he claim competence to be president?

Really? Who ever thought idiot Biden was competent in the first place? He can confess to full-on dementia (which is obvious anyway) and still be no less than what anyone saw during the campaign.

1
Reply
Curt
Reply to  Deplorable Me 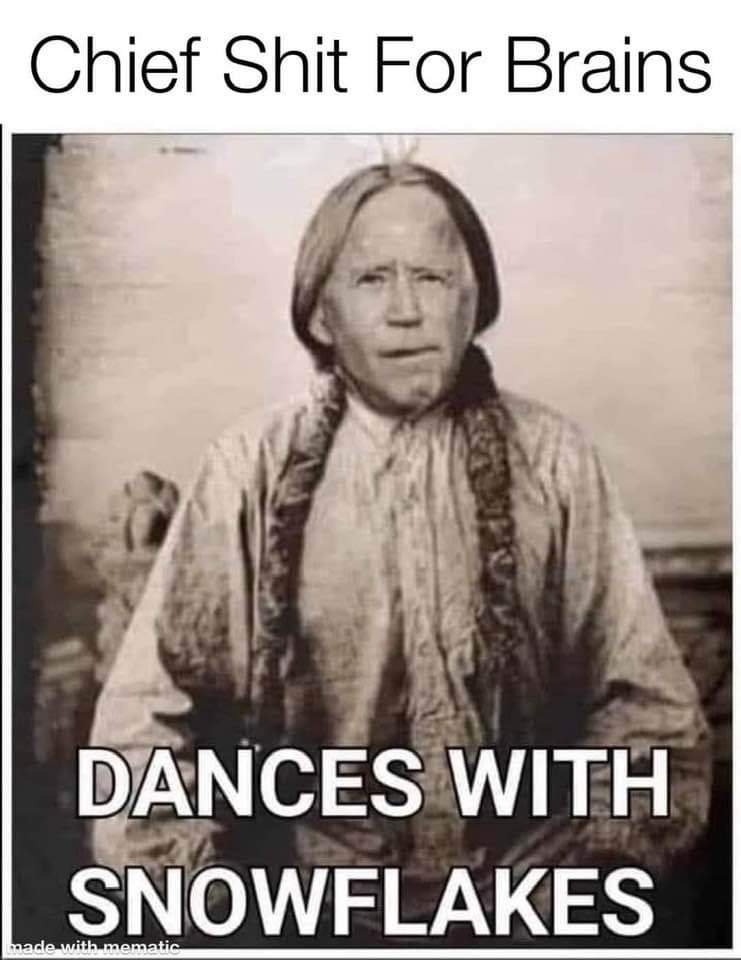 I want to know where Biden’s lawyers got the idea they needed to search his (or is it Hunters?) house for govt documents.

I want to know why lawyers with no security clearances are being allowed to “search” for documents they have no clearance to see/read. The lawyers could simply remove/destroy any documents they please.

I want to know how Biden can be “surprised” by (so far) three separate sets of documents in his house. If true, he is too incompetent to be in the Oval Office so maybe that was a lie.

As for the White House and its “clarifications’, changing your story isn’t a clarification, it’s the telling of a new story. That makes the original story a lie.

Last edited 18 days ago by Meremortal
0
Reply
Deplorable Me

In the immortal words of the great Greg, “Why didn’t they vett this guy?” Well, WE did and WE have said all along idiot Biden is a corrupt criminal guilty of selling out his country to the CCP. He also sold out to Russia when he killed the Keystone and our domestic production.

Yep, we tried to tell you stupid, hate-blinded Democrats, but you just couldn’t take your eyes off the pretend “Good Old Uncle Joe” version of pedophile rapist treasonous idiot Biden. He more resembles the other “Uncle Joe” referred to by Roosevelt than any benevolent uncle anyone not permanently scarred by sexual abuse ever had.

IMPEACH this piece of shit. This has gone on far too long.

2
Reply
Greg
Reply to  Deplorable Me

Biden has been vetted over a period of 45 years. Suddenly you think you know something that his supporters somehow missed.

I don’t think so. You can’t even figure out what the hell Donald Trump is, or what Matt Gaetz is, or what Santos is. You’re not qualified to tell others what to think.

Biden has no “supporters”.

He’s also not been vetted; he’s been purchased.

No he won’t. Too many republicans would immediately be implicated.

biden is a pedophile

Joe Biden Lies While at Baptist Church, Claims He Was a Civil Rights Activist and Attended a Black Church as a Teenager (VIDEO)

That was vomit inducing, both the racist idiot Biden and his pander-a-thon and those ignorant people applauding him.

Uh, most likely not. And if they are guilty, they SHOULD be implicated.

You’re on the wrong side of this, greg, and I’m not talking about the false “Right/Left”, “GOP/Democrat” bullsh*t bifurcation you pretend you believe in.

Greggie let the Rinos fall where they may.
Guess what

No he won’t. Too many republicans would immediately be implicated.

If it would “implicate” Republicans, the Democrats wouldn’t have buried it. THEY would have released it. Your bullshit is so pathetic and weak.

1
Reply
Greg
Reply to  Deplorable Me

I guess we’ll know, IF he actually releases all 16,000 pages like he says he will. I won’t hold my breath. Most likely they’ll sift through documents and cherry-pick things they believe they can somehow spin to their political advantage.

The DoJ already has everything.

Most likely they’ll sift through documents and cherry-pick things they believe they can somehow spin to their political advantage.

Well, that would definitely be the Schiff way to do it, leaking bits and pieces out of context. Of course, that is also the POLITICAL way to do it when you don’t want the truth to be discovered. The Democrats have already done that. They’ve leaked everything that could hurt Republicans because that was the entire purpose, and to that purpose, it was a dismal failure. Republicans are going to find out who was responsible for the lack of security and the police violence suddenly unleashed against peaceful protesters.

Greg not pages, hours of security tapes, which might prove Antifa and FBI were in the Capitol before they invited in the Trump folks, they broke windows and handed out weapons like 2*4s. They unlocked those huge doors with a code, then gave tours. Claimed the folks were trespassing, had multiple photographers and a film crew in place. All for Nancys little coup party.

Is that the hope you are clinging to?

I guess we shall see about that. It will be released or it wont.
More documents found over the weekend, the house must be terribly cluttered with junk that they are just laying around everywhere.
Jills gas stove photo shows that.

Well, at least the idiot Biden’s have the credibility so that we can just trust their word that all the classified documents have been turned over.

Til the next batch is found, maybe during his colonoscopy.

It already has happened.

The vast majority of Americans know that January 6th was a false-flag.

Most likely they’ll sift through documents and cherry-pick things they believe they can somehow spin to their political advantage.

That’s precisely what you pigs already did.

Biden has been vetted over a period of 45 years. Suddenly you think you know something that his supporters somehow missed.

Sadly, no. That is the pathetic fact. For 45 years, idiot Biden has been a liar, a racist, a fool, incompetent and a sex offender yet you just went ahead and voted for him anyway. How could anyone miss that? It’s simply acceptable behavior for a Democrat.

Trump is a leader and a patriot. Gaetz is a legislator and a leader. Santos is your typical political liar, but he is far less a liar than idiot Biden, Pelosi, Harris, Waters, Booker, Feinstein, Blumenthal, Warner, Obama, Holder, either Clinton, Schiff, Nadler, Swalwell or practically any other Democrat you might want to mention.

“What’s Your Name Honey? Maybe I Can Have a Picture with You Before I Leave” – Biden Creeps on Girl at Baptist Church (VIDEO)

Another great Clancy-inspired flick is Clear and Present Danger.

I see this scene in my mind every time I watch Comey or Fauci or some other lowlife say “I have no recollection” while on record.

The question, clearly, is: why have these Jan 2017 Biden VP documents emerged now in three drip-drip instances in quick succession?

The answer can’t be more clear:

It’s the preemptive Dem strategy to remove and replace Biden before the really huge laptop from hell news breaks!

Maybe not only the laptop but 400 suspicious money transfers involving the Bidens.
Cover for Ukraine has already lost the war before we hand over the money Congress recently put in a budget.
Cover for the pharma companies, there is a new veritas release.
Dont look at Gates shoving MRNA technology into our farm animals and veggies.

Don’t let them fool you – the good guys are winning

Joe has run out of time being the useful idiot,but make no mistake. the left would not have abandoned him if they don’t have someone even more evil to take over. And it won’t be kameltoe….