Sorry. This put me over the edge. That lying scumbucket of a President jumped the shark today. A massive shark.

Today Biden praised “President Harris” for all the work she’s done at the border. She’s done jack squat. Then he needed “President” Harris to finish his sentence.

Then there was this

“Biden will fly in 30,000 migrants from Cuba, Nicaragua and Haiti every month”

But the coup de grâce was this Bidenocchio moment

Biden: “We need more resources to secure the border. yet again extreme Republicans have said no”

I can’t even find the words to describe this level of mendacity. It’s beyond galactic.

The $1.5 trillion omnibus spending bill President Joe Biden signed this week — the first since he took office — has the biggest hike in domestic spending in four years. But not all programs are equal. Climate-change boondoggles get billions while border-security funding is slashed by nearly a half-billion — even as illegal crossings continue to spike.

It’s a recipe for disaster as officials expect an overwhelming flood of migrants within weeks as Biden prepares to lift the COVID-deportation measure.

The package boosts domestic spending by $46 billion, a nearly 7% hike. But it gives US Customs and Border Protection just $14.8 billion, a $428 million decrease from fiscal year 2021. (Factor in inflation, and the cuts are even deeper.)

The nosedive comes as illegal-immigrant apprehensions along the southwestern border skyrocketed in February to nearly 165,000, a 6.6% increase over January — and a 350% increase over February 2020, just after Biden took office and threw open America’s doors.

I don’t know how the living hell anyone in their right mind can continue to ignore this. It’s a problem. The freaking country is in the hands of a psychopath. Damn all who voted for him. 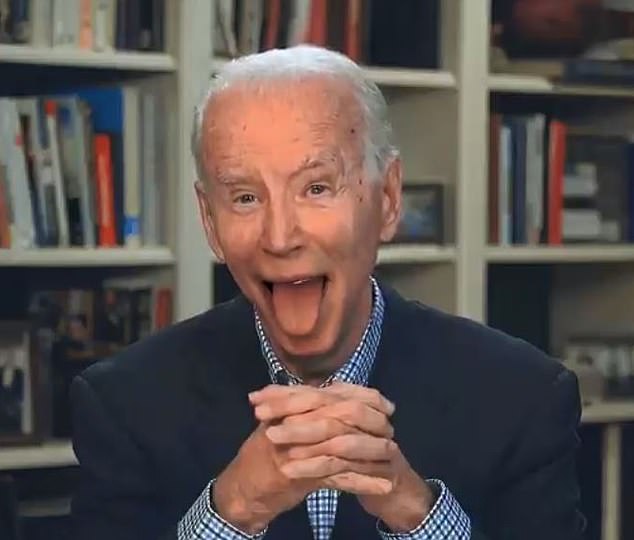 Heals up harris has done nothing to secure the border. The amount of illegal aliens invading our country is historic records

Biden is the ACTUAL inveterate, pathological liar that the deep state and their lapdog media attempted…and failed…to smear Trump as with absolutely NO evidence or any credible accounting of Trump lying…about ANYTHING.

Its the 12th day of Christmas

Biden the lying POS is at it again. https://t.co/8MIfTXUYXk

biden is a moron.

We’ll see if the Republicans in the House have the spine to impeach his demented, perverted ass. Unlike PT, there is ample evidence to do so. Obviously the Senate would acquit and it would be very bad for his health, but who cares? FJB.