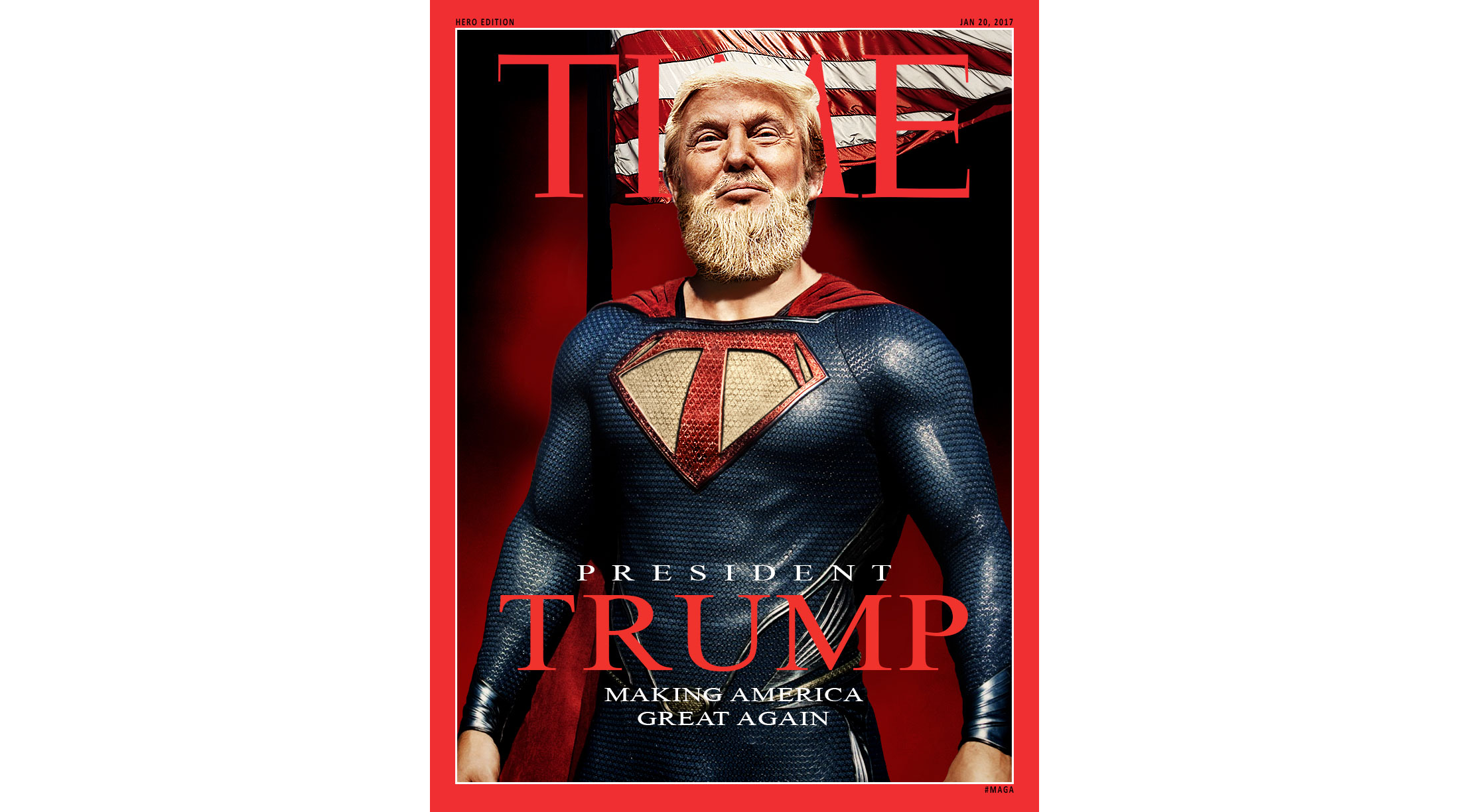 I first started writing a blog in 2009, after Barack Obama’s election. My first post, America’s Original Sin, addressed the then-nascent movement to disparage and denigrate America because the Founding Fathers didn’t have the foresight in 1787 to write a constitution that would dovetail with the mores of 21st-century snowflakes.

The title of my blog, Imperfect America, is followed by a quote attributed to the French philosopher, Voltaire: “Perfect is the enemy of the good.” Our nation is a billboard-sized testament to that adage. Rarely have we seen perfect, but we frequently see good. And that’s the problem with leftists… They want to sacrifice good for the fiction of perfection.

While today, it’s all the rage to dwell on America’s failures, it’s far less celebrated to talk about her triumphs. Although the left has been demonizing America since the sixties, it was after Bush won in 2000 that this tactic started to stick. The cancer of hate really took off once Obama became president. On college campuses, in elementary schools, on nightly newscasts, and in papers across the country, we were incessantly told that America was racist, sexist, homophobic, and destroying the environment.

It was into this miasma that Donald Trump marched when he announced he was running for president. He saw the leftist cancer destroying the very foundations of freedom, opportunity, and prosperity while undermining America’s core civilization and setting the country up for a devastating collapse. And he willingly stepped into the breach to stop it.

The problem, however, was that rather than running as a Democrat, where all solutions come from an omnipotent central government, he was running as a Republican who sought to reduce government control and return power to Americans.

That was a bridge too far. From the second he announced, Trump found himself enduring a withering barrage of vitriol and venom unseen in American politics. The abuse came from Democrats, the media, social media and academia as well as the GOP establishment. What Trump endured was relentless. Yet somehow, he won.

(Full disclosure: I initially had concerns about Trump and wrote about them often, with one post titled: Sure, Donald Trump may shiv us… but the country can’t survive Hillary Clinton’s thugs.)

In the wee hours of November 9, 2016, it became clear that Trump would become the next President of the United States. It also became clear the Democrats were not going to take it lying down.

The Russia Collusion hoax started a drumbeat that would bedevil the president for the next four years, even after it was shown to be a Clinton crafted fiction the mainstream media parroted. Indeed, the New York Times and the Washington Post would win Pulitzer Prizes for their “reporting” on the fake story, and no, not because they exposed the lie but, instead, because of their vociferous and eloquent participation in it.

During his presidency, Donald Trump endured extraordinary abuse and treachery, driven by the media and the Democrat party. The irony of the media’s hatred for Trump was that channels like CNN and MSNBC virtually owed their rescue from irrelevance to the Trump presidency, while newspapers slowed their decades-long declines with pages of anti-Trump rhetoric.

As bad as the media abuse was, it was nothing compared to the treachery of the apparatchiks in the government. When Trump tried to build his promised wall, he was blocked at every step. His efforts to make Bureau of Land Management employees live closer to the lands they regulated were pilloried for making the agency “less diverse.” Lt. Col Alexander Vindman, the NSC’s Ukraine expert, launched an impeachment when he lied about Trump trying to coerce Ukraine into investigating the Bidens.

And if all that wasn’t bad enough, during the Covid “pandemic,” possibly the most economically destructive self-inflicted wound in human history, the two government-employed doctors Trump looked to for guidance lied to Trump and the country. Finally, in perhaps the greatest treachery of all, we learned that members of America’s law enforcement and intelligence agencies were actively working to undermine Trump in the election.

These attacks were relentless, every single hour of every single day, and came from inside and outside of the government. Yet somehow Trump managed to run the government well and campaign like the Energizer Bunny. In the end, it took a literal coup d’état to oust him from office.

And now he’s back—and the mainstream media, Democrats, the GOP establishment, bloggers, and erstwhile fans all insist that we’re supposed to abandon him.

Aside from the fact that the Democrats will demonize as a Nazi, racist, homophobe anyone who carries the GOP flag, the reality is that Donald Trump is a fighter for America unlike any president we’ve ever had. No one has ever had to endure the level of vitriol or withstand the relentless phalanx of persecution from every corner as Trump has.

And here’s the thing…he didn’t need to. Trump was already a billionaire. Trump was already feted by politicians and media around the world. He already had a beautiful family, spectacular homes, and his own plane! No politicians in American history had more to lose when they decided to fight for the American people than Trump did. Usually, politicians go to Washington as middle class and leave millionaires. Trump, however, had literally billions of dollars to lose, but he took on the Swamp anyway.

Now, after enduring seven years of abuse for his defense of American freedom, prosperity, and farmers and truckers, and little guys of all shapes and sizes, he’s once again stepping up to do battle.

You may not like Donald Trump, and there’s much to not like. He’s arrogant, he’s petty, he’s defensive, and he can be cruel. (Those attributes can just as much be applied to Barack Obama.)

Unlike Obama, however, Trump doesn’t try to pretend he’s something he’s not. He’s a crude, brash New Yorker who speaks his mind and gets things done. He knows how to fix things and wants to fix America with strong borders, energy independence, limited government, a robust economy, and individual liberty… All of the things the Swamp fought him on, and the very things Joe Biden has undermined.

Donald Trump circa 2022 is still imperfect, but he’s been forged in a crucible of white-hot fire and has emerged even more focused than before on making America great. So, yes, while there may be brilliant lights on the horizon, I think I’ll take a pass and stick with the guy who got out of his Bentley and ran through a gauntlet of machine gun fire into the burning mess of Democrat America in order to save the eagle stuck inside.

Trump may tell off-color jokes and may not always be the best judge of character, but he can take the heat, and his North Star has always been prosperity and security for the American people. Given the literal evil the Democrats are seeking to impose on America, I’ll happily follow him into the fire.

This reminds me of old days and good times.
Like when the LIBERALS at Columbia in 2007 laughed themselves silly when Iran’s President Mamoud Ahmadinejad claimed there were “no homosexuals in Iran.”
America might be “so bad” but homosexuals in the ME wish they could get here so as to live free from fear of a death sentence.
What country on earth is less racist than the USA?
Africans, Hispanics, Asians, Muslims all try to get here and leave the racist hellholes they were living in.
America is “ruining the enviornment?”
Our carbon footprint is smaller than China’s per person because of coal to heat and make electricity.
We use (or used to use) clean natural gas.

President Trump, as a candidate, made lots of promises.
We were dubious he could do even 1/2 of them.
But he did more than 1/2 of them!
He even kept North Korea and the Taliban at bay for his entire term.
Things were better for minorities under Trump than under joe, that’s for sure.

And it seems the man has no breaking point.
Makes sense.
Marble Collegiate Presbyterian Church is one of the oldest continuous Protestant congregations in North America. During Trump’s formative years it was led by the Reverend Norman Vincent Peale.
He got to hear that incredible inspirational and motivational speaker every week for years!
﻿

Did he write “Power of Positive
Thinking”?

Either he wrote it or a congregant compiled it from notes during sermons.

This is a great piece, Vince.

Related, I think it’s worth noting that Trump is the only President that even his followers preface every comment with “he’s not perfect, but…”

I didn’t hear this about Obama, Bush, Biden, etc…

Trump has empiracally and factually proven he’s one of the best and most effective Presidents we’ve ever had.

All the flack is just “partisan rhetoric” bleed out by cry-baby *ssholes who don’t understand that freedom and a good life are something you fight for, as an individual adding to a family, then city, then state, then nation, then world…and not something a standard fascist regime like Biden’s new banana republic “gives you.”

These people will reap what they sow.

Now that the elections are rigged, we know Trump will never get close to winning an election again…but he’ll most likely be leading a new nation…more like our old nation, rising from the ashes of the Democrat/Leftist bonfire lit up by the usual marxist, flying spagetti-monster nonsense.

Great article. It’s right on target. D.J. Trump has taken a beating on behalf of all Freedom-loving patriotic Americans, by deep-state lying, conniving, totalitarian thugs (not just “Democrats”). Therefore, he’s won the right for a Title Fight for the Presidency, and no one, not even the magnificent Governor DeSantis, should try to stop him.

Truth. That Trump has taken so many lies, false-scandals led by our very own government….and is running again….is amazing.

DeSantis will be taken down easily. They’ll invent another Russia-Collusion-style hoax, and they’ll make sure he doesn’t survive it (figuratively).

As for Trump, if he keeps going (and he should), he might not survive it (literally).

The Left is running out of options as MAGA is a majority amongst voters, as their propagandists do everything to say he’s “done.”

America isn’t done…at least not the true spirit of 1776.

No one in the “1619” idiocy is calling out the evils of slavery.

They are merely modern Democrat slaves, themselves.

I think it is a reference to the lies the left will tell about this nation in an effort to destroy it and replace it with another of their socialist utopias that have failed so spectacularly.

I don’t care if Trump’s on Life Support
They stole my vote
I Want The Rematch
Rocky!!

If you are a “working” American; Don is clearly the best president since Ronny. “Head and shoulders” above the rest. The UNIPLRTYH,”our betters”/the elite fear and hate him because he helps the hoi pelloi; which sometimes hurts the plutocrats in the UNIPARTY! Don hurt himself, VERY MUCH, but bringing in so many “Bush Republicans” (just two of many “Bush Republicans”: Barr, Pence)was at best counter productive, at worst destructive.

And that’s the problem with leftists… They want to sacrifice good for the fiction of perfection.

Actually, they want to use the slight imperfections as an excuse to destroy a system of freedom and rights which they hate.

I am sticking with Donald Trump! I despise the unfair treatment that the left and the McConnells have thrown at Trump. The media, social media, and major donors are ignoring the will of the people – they are picking the candidates that serve their Interests. DeSantis is the chosen by the establishment – ignoring all the polls.

DeSantis has not declared, its smoke and mirrors, with a bit of gas lighting.

Trump remains the FrontRunner for 2024. The majority of voters want him.

Every method is being used to say this is untrue.