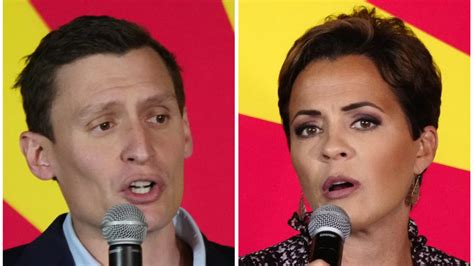 What was supposed to be a red tsunami last week turned out to be a ripple.  It didn’t take long for the GOP establishment to place the blame:  Donald Trump!

It couldn’t be because Mitch McConnell decided to spend $10 million supporting the treacherous Lisa Murkowski against the state’s GOP nominee, rather than in Arizona, Georgia, or Michigan.  No, it was Trump.  It wasn’t Kevin McCarthy’s embarrassing attempt to recreate Newt Gingrich’s successful “Contract with America” that galvanized America and brought the GOP 54 seats in a year with 2.99% inflation, with his facile “Commitment to America”.  No, it was Donald Trump. It wasn’t that McConnell’s August derision of MAGA candidates claiming the party lacked “candidate quality” while his handpicked Colorado senatorial candidate Joe O’Dea went on to lose by 13 points, 3 times as much as Oz lost by in Pennsylvania.  No, it was Trump.

Despite the GOP establishment’s desire to pin their failure on 45 and his supporters, the truth is, this failure has numerous causes.

Needless to say, the GOP establishment is at the top of the list.  They failed to embrace the candidates of their own party or execute a compelling national campaign that focused on the kitchen-table issues of inflation, crime, immigration, and parental rights.  In reality, 2022 was the single best landscape for a GOP wave in modern times, but rather than focus America’s attention on those issues we had Lindsey Graham threatening Vladimir Putin and sending $50 billion to Ukraine while McConnell and John Cornyn were busy selling out the 2nd Amendment. The leaders of the GOP are grifters more interested in the perks of leadership than winning, and it showed on November 8th.

Beyond the incompetence of the GOP leadership, there were two other issues that drove the election outcome.

Believe it or not, abortion, the third rail of American politics, was one.  The Wall Street Journal has a fascinatingly comprehensive analysis of voting patterns, looking at dozens of criteria.  One question asked “Which one of the following would you say is the most important issue facing the country?” and compared the voting patterns from 2018.  Of the nine issues listed: Economy, Healthcare, Immigration, Abortion, Crime, Climate change, Foreign policy, Covid, and Guns, four had no change measured because the issues didn’t even show up in 2018.  Of the remaining five, the Democrats lost support on four by an average of 6%.  One they didn’t:  Abortion.  Of the 9% of voters who said abortion was the most important issue, fully 78% of them voted for Democrats, a 57% increase over 2018. That essentially translates into about 7% of voters.  The GOP did an abysmal job addressing the issue of Abortion.  They allowed the media and Democrats to paint the GOP as extremists who wanted to force little girls who’d been raped into having babies. 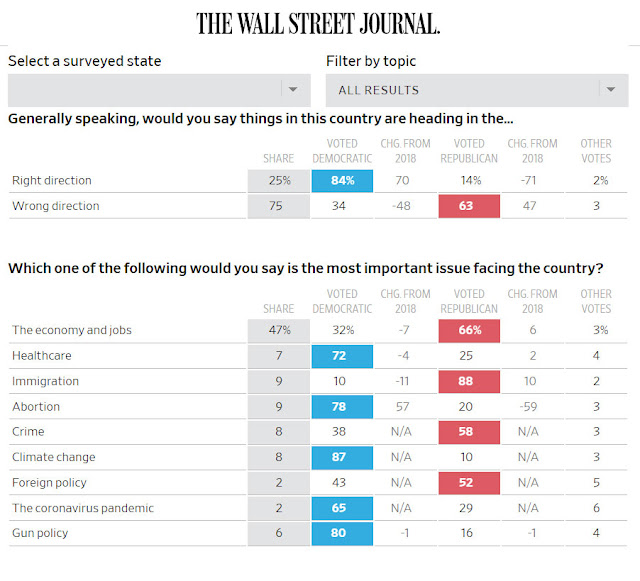 Whatever one’s opinion on abortion, the fact of the matter is that absolute bans on abortion are  unpopular virtually everywhere in America and even within the GOP fully 1/3 of the party disagrees with them.  This was probably a lost cause from the beginning, but in an extraordinarily contentious election, the GOP leadership should have done a better job addressing the issue.  With the leak of Dobbs, the GOP should have known that the Democrats were going to come after them with lies like the one surrounding the little girl in Ohio raped by the illegal alien or the prospect of birth control being outlawed, and prepared. But they didn’t.  Indeed, you had the buffoon Lindsey Graham pitching the issue of passing a nationwide ban. Dobbs didn’t ban abortion or outlaw anything, but it didn’t matter because the GOP didn’t have the plan to address the issue, and it showed at the polls.

All of that however is incidental to the real reason the GOP failed:  Voting rules, starting with early voting and mail-in balloting.  By the time Dr. Oz and John Fetterman met in their debate on October 25th 635,000 of the state’s 5 million voters had already voted, 460,000 of them were Democrats, 320,000 more than Republicans. That number is significant given that post-debate fully 82% of viewers said that Oz won the contest, and he lost by only 225,000 votes.  That of course is before even considering the fraud potential inherent in mail-in voting. Mail-in balloting (and in particular universal mail-in voting) essentially provides Democrats with a mechanism to fabricate votes as well as harvest hundreds of thousands of votes from nursing homes, college campuses and other high-density locations. Then there’s the fact that Pennsylvania doesn’t require voter ID and officials seem to have been involved in electioneering on election day itself.

Oz was a less-than-perfect candidate to be sure, but the cards were stacked against him… indeed they were stacked against whoever the GOP nominee was. Democrats learned in 2020 that they could use voting laws to manipulate vote outcomes in their favor and it certainly worked in Pennsylvania.

Out in Arizona Kari Lake and Blake Masters, both outstanding candidates endured an endless demonstration of Democrat fraud hidden behind a façade of incompetence. Similarly, but not surprisingly, out in Nevada – a state with universal mail-out balloting and no voter ID – Adam Laxalt is slowly watched helplessly as the Democrat machine manufactured his defeat under the cover of darkness.  As Tucker Carlson discussed on his show on last Thursday, election decision delays equal Democrat victory 77% of the time, something Dino Rossi can attest to from his 2004 loss for governor in Washington, Norm Coleman after losing his Senate seat in Minnesota in 2008 and of course Donald Trump in 2020.

To paraphrase James Carville, “It’s the election rules, stupid!” and that’s something the Democrats have mastered that the GOP has relatively ignored. The Democrats, finding their perfect storm of opportunity in Covid, thwarted many GOP attempts to maintain Constitutional limits on voting impropriety. The Democrats used Covid to pass unconstitutional and easily manipulated voting rules and have fought attempts to rescind them. Democrats brought a gun to the election knife fight while the GOP was busy deciding which loafers to wear… But we’re told it was Donald Trump’s fault.

At the end of the day, the reality is that the GOP failed.  The extraordinary thing is they did so in the worst economy in 40 years with a highly unpopular president and 75% of the population feeling the country is on the wrong track.  They did so despite winning the popular vote by 6% vs. losing it by 8.4% in 1988.  That’s a shift of 14%, yet still, they floundered.  In addition, in looking at the WSJ chronicled Gender / Age / Race dynamic, the Democrats lost ground in every single demographic, bar none… EVERY. SINGLE. ONE. But somehow couldn’t live up to expectations, and it’s Donald Trump’s fault. 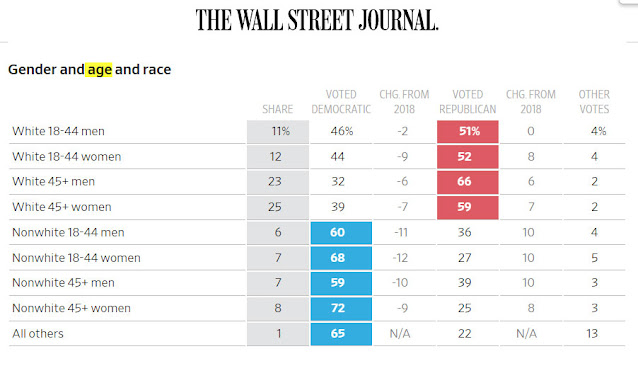 Voting rules are set at the state level as dictated by the Constitution, which means Democrats can do what they want in states they control.  And why would they change a system that lets them cheat and win?  They won’t unless forced, and the GOP needs to figure out how to do that.  My guess is the best solution lies in the courts, focusing on the 14th Amendment and possibly the Voting Rights Act. Whatever the solution, Stalin’s adage holds true, “Those who vote decide nothing. Those who count the vote decide everything.” Until the GOP figures out how to fix the voting rules, they’ll be losing, and eventually, they won’t have Donald Trump to blame.

Much more important than $ was Mitch’s constant, loud bad mouthing of GOP candidates in Aug and Sep! My gym has 14 TVs . In OCT almost every “news” on elections is PA and AZ featured Mitch bad mouthing the 2 in AZ and Oz in Pa. Their point was these candidates are so bad that even Republicans do not want them! Mitch elected Feterneck, Hobbs and Kelly with his big fat mouth! Not with $!

By VOCIFEROUS DENIGRATION OF GOP CANDIDATES MITCH ELECTED 3 DEMOCRaTS. Not with $!

Ok we got the man, we got the voters, now we got to have the ground crew, the researchers. Work to plug obvious holes clean voter registration rolls until the glisten, which means lobby against the ERIC system if utilized in your state. Get to know your local politicians, are they assholes?
Remember the victories learn from the losses. 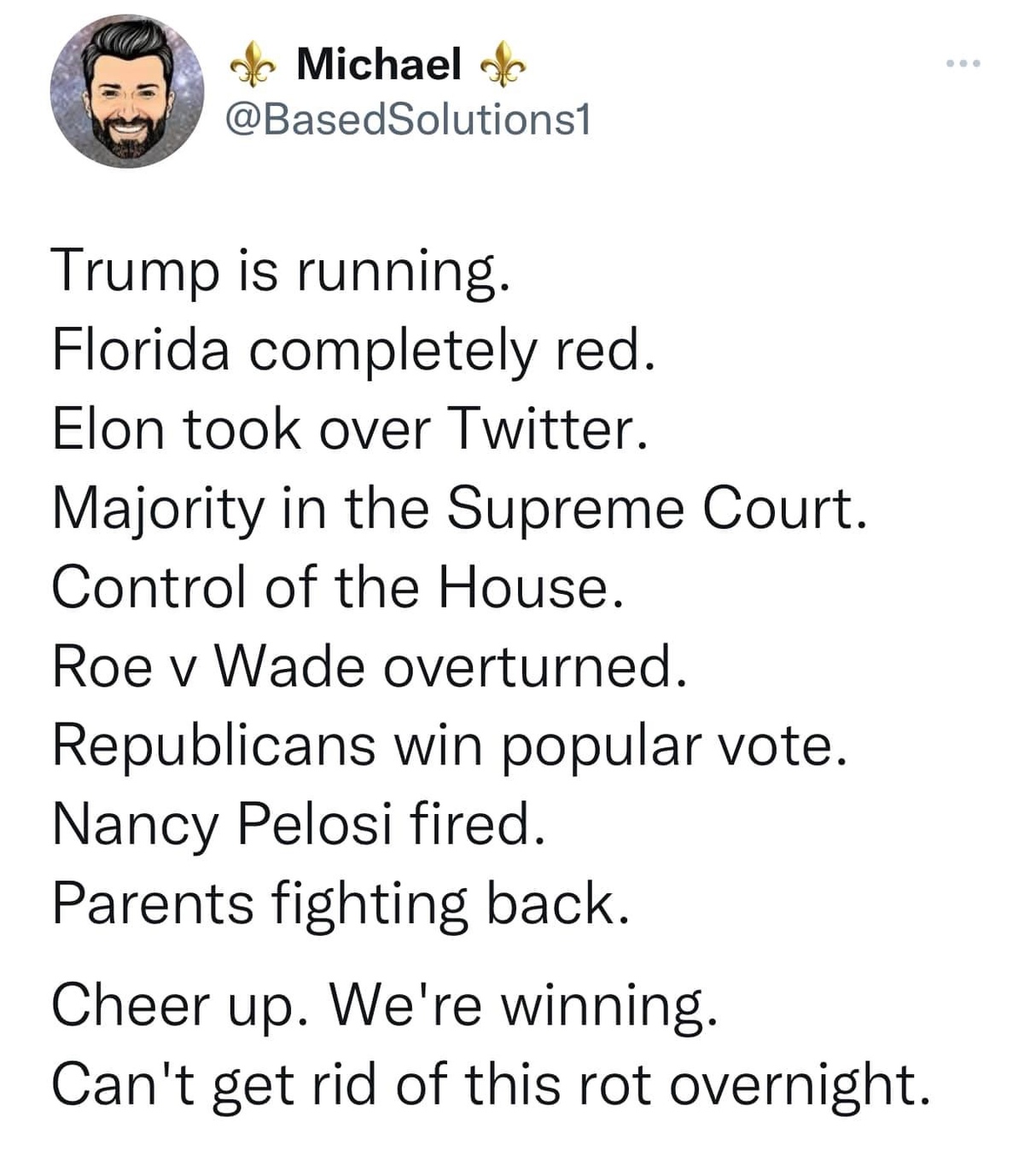 What’s concerning is that even the so-called “Conservative” propaganda outlets keep pushing the false narrative that the Right isn’t winning things back, in the normal rhythm our country takes during election cycles.

It makes you wonder who’s side they are really on.

This isn’t about Right or Left. It’s about God vs. Paganism.

Traditional conservatives AREN’T on Trump’s side. He’s no more conservative or republican than he is Christian.

You know nothing about conservatives traditional or otherwise.

How many times do we need to ‘plain this to you, we know, we dont care, we dont seek perfection in a man, he isnt the savior, Moses murdered, King David had a man murdered to take his wife. You dont get Christians you never will, you dont get conservatives, or normal people, you simply do not have the mental capacity.
Heres more for your research, another lead for you. 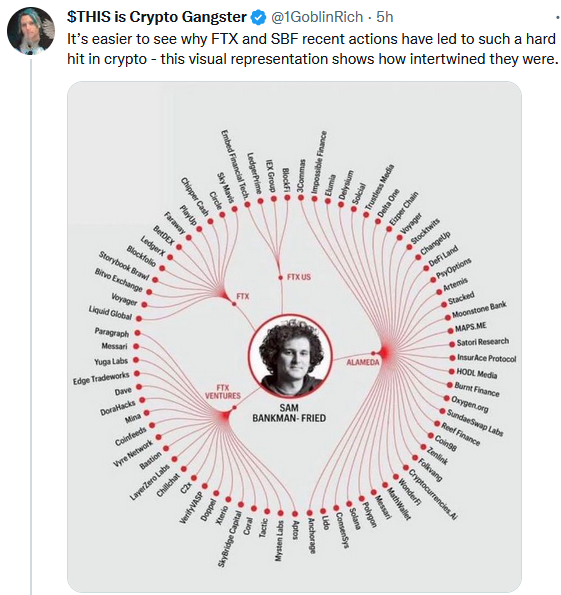 Uh, Trump definitely represents a Majority of Americans who are neither right or left.

Christian. A Majority of Americans are Christian, and Trump is Cyrus.

You might as well get used to and accept losing due to fraud for until Republicans have the guts to identify the method of fraud, they can’t prevent it.

I disagree with the assessment of Graham’s proposal. I thought it was smart to corner Democrats to declare that only abortion up to the moment of birth is acceptable. There is no ban; just regulation, like Democrats like to do with everyone else’s REAL rights.