End fossil fuels and you end the country. And Christmas 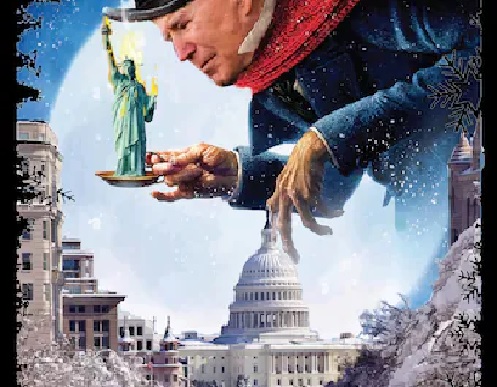 He repeated it recently

“There is no more drilling. I haven’t formed any new drilling,”

I guarantee you it won’t happen. Were it possible, there would be no Christmas. Were it possible, you most likely would die and so would your kids. Facts are stubborn things. Joe Biden is determined to kill Christmas. And you. Let’s see how, but first, let’s look at the easy part. Remember, each time you say plastic you are saying oil. Do you know how much oil there is in everything?

Plastics (resins) are made from oil. An electric car has approximately 800 pounds of plastic in it today. It makes cars far more fuel efficient than they would be without. With what does Biden plan on substituting for that plastic? If you think getting rid of internal combustion engine cars would solve the oil problem, think again. If all IC cars were gone tomorrow, it would mean only a 10% reduction in oil consumption.

Most of the world’s oil is used by things like “airplanes, buses, big trucks, and the mining equipment that gets the copper to build the electric cars.”

“If you’re worried about carbon dioxide,” says Mills, “the electric vehicle has emitted 10 to 20 tons of carbon dioxide (from the mining, manufacturing, and shipping) before it even gets to your driveway.”

“Volkswagen published an honest study (in which they) point out that the first 60,000 miles or so you’re driving an electric vehicle, that electric vehicle will have emitted more carbon dioxide than if you just drove a conventional vehicle.”

Mining for batteries also does something else

“You have to mine, somewhere on earth, 500,000 pounds of minerals and rock to make one battery.”

Ever seen a lithium mine? This one is in Chile 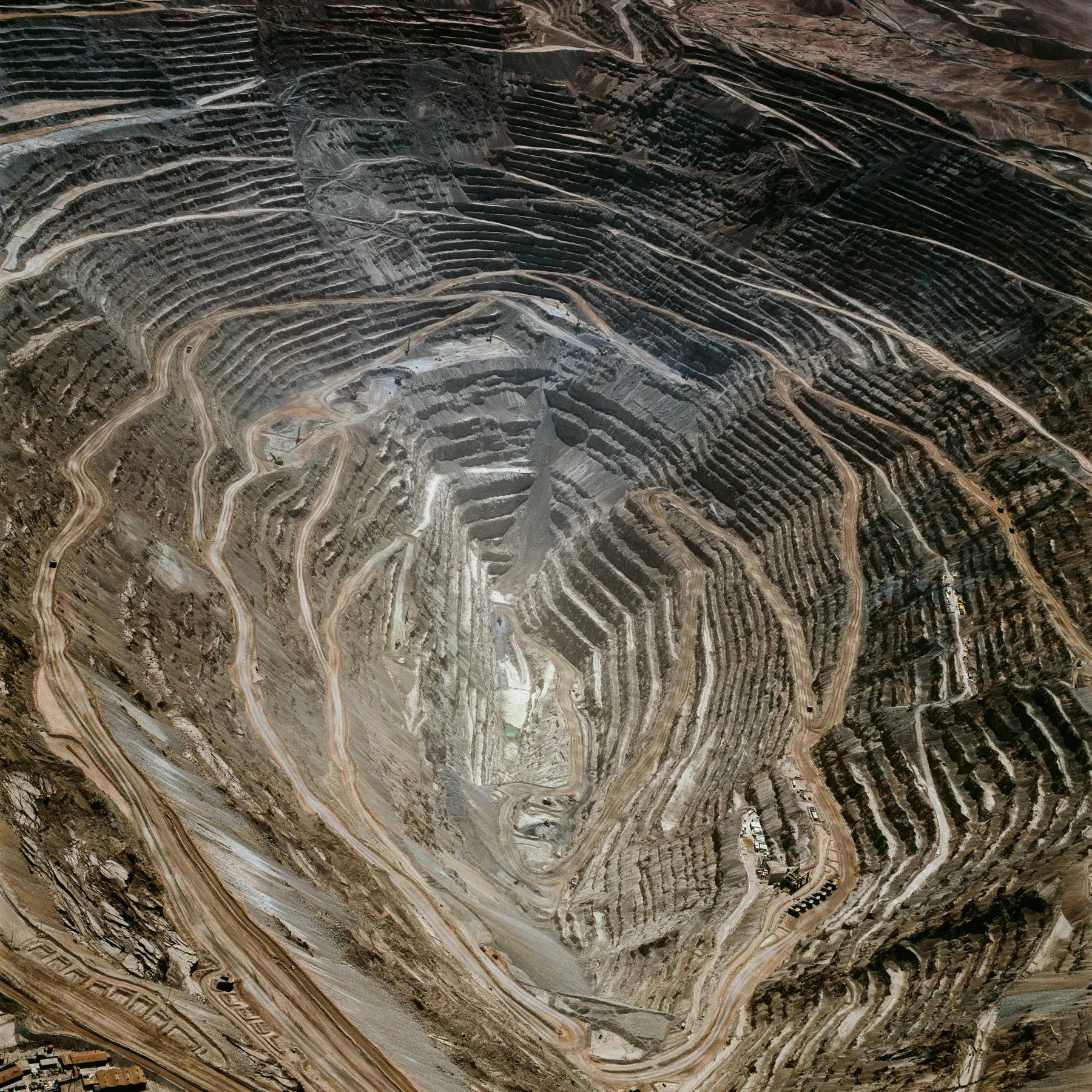 Lithium is called a rare earth metal but it’s really not all that rare. The problem is that it exists in very small amounts. Worse, China dominates the world lithium market.

Cobalt is also needed for batteries. Here is a picture of some mine workers in Africa 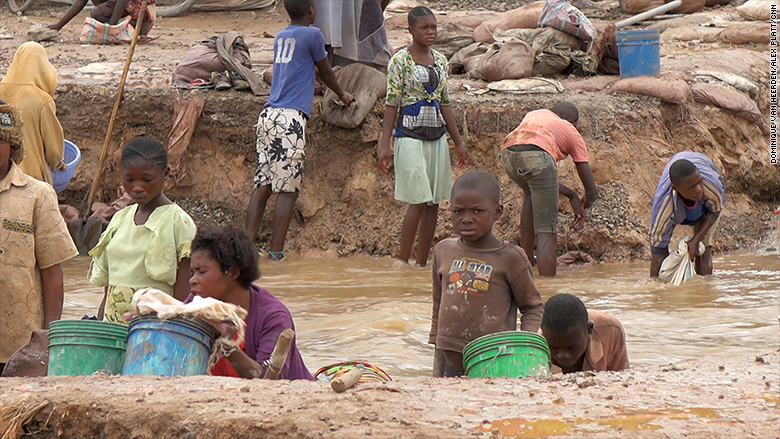 Know who helped China secure a cobalt mine in Africa? Hunter Biden.

Biden’s beloved Corvettes have bodies made predominantly of composites.

Like those tooth-colored fillings in your mouth? They’re made of resins. Care to go back to silver fillings?

Do you like to eat? Without oil forget it.

Without plastic, industrial agriculture as we know it would be impossible. Instead, we’d need shorter food chains – think farm shops and community-supported agriculture. But with over half of the global population now living in cities, this would require huge changes in where and how we grow food. It wouldn’t be an impossible task, says Iacovidou, but “we have to devote the time to do it, and we have to also cut the amount of things that we eat”.

Do you like to stay alive? Without plastic, you have a really good chance of dying. Check out the Becton-Dickinson website. They make nearly everything needed to keep people alive in hospitals- anesthesia delivery, drainage care, infection prevention, infusion therapy (think cancer meds), surgical instruments, vascular management (IV’s and the like) and wound care. Most of it is plastic. Your life depends on plastic.

“No one is building new coal plants because they can’t rely on it, even if they have all the coal guaranteed for the rest of their existence of the plant. So it’s going to become a wind generation.”

Like most things coming out of Biden’s mouth, it’s a lie. Right now, China is building 184 coal plants, India is building 52 and South Korea 13. That’s an enormous amount of pollution which will head to the US.

From where is all the energy for Biden’s pledge to us going to come? Wind and solar, he says. That’s not working out so well in the US:

A group responsible for power market reliability in Western North America said the growing use of renewable generation will require the region to boost planning reserves in coming years to help maintain grid reliability.

The Western Electricity Coordinating Council (WECC) said in a recent reliability assessment that planning reserve margins for 2023 rose from 16.9% in 2021 to 18.3% in 2022 due in part to the increase in variable resources, like wind and solar, that only produce power when the wind blows or the sun shines.

What about those wind turbines? They look impressive, but they have a life span of around 20 years. The nasty secret is that wind turbines (especially those offshore) need oil– a lot of it.

Just installing the foundation of a single offshore turbine can consume 18,857 barrels of marine fuel during construction, according to calculations published by Forbes Wednesday. Offshore wind farms often have over 100 wind turbines, meaning that building them requires almost 2 million barrels of fuel just to power the ships involved in construction.

At around 10 years the blades tend to wear out and need to be replaced. Wind turbine blades (also made of resin composites) are not recyclable and are buried in select landfills. Wind turbines need to be inspected and maintained about three times a year. Wind turbines require lubrication- with oil and hydraulic fluid.

A 5-MW (megawatt) turbine stores 700 gallons of oil and hydraulic fluid, which must be replaced every nine to sixteen months, just like automobile oil.

Because it’s not easy to properly dispose of the toxic metals inside the solar cells — and there’s an overall lack of oversight — it is often cheaper to discard them in landfills or send them to developing countries. As solar panels sit in dumps, the toxic metals they contain can leech out into the environment and possibly pose a public health hazard if they get into the groundwater supply.

Right now, most expired solar panels are commonly shipped to third-world countries for disposal, along with the dangers associated with that.

Most solar recycling plants simply remove the valuable silver and copper from the cells and then recycle the contaminated glass and plastic casing by burning them in cement ovens. Since the process is costly and time-consuming, it’s more convenient for solar companies to drop the dead panels into landfills or export them to third-world countries.

While a properly-built landfill should contain most hazardous material in the waste, a developing country may not have the infrastructure or regulations to properly dispose of imported solar panel waste. Potential leaching of these metals into the surrounding environment can pose a public health problem, especially in a nation without the necessary disposal infrastructure. As society continues to adopt solar power, this problem may worsen in the coming decades, with almost 80 million tons of solar waste projected by 2050.

The elephant in the room is the need for trucks, planes, and trains. These are the big consumers of oil. There is nothing in the near future to substitute for diesel trucks and trains. There is not going to be such a thing as an electric passenger jet. The energy densities required for operating these necessities are enormous. Trucks and trains are how you get your food. Period. The obscene cost of diesel fuel is a big driver of Bidenflation.

Energy for EV’s is going to come from nuclear power. There is great potential in molten salt reactors, or MSR’s.  See more here and here. It is the only practical and reliable way outside of petrochemicals. Still, the world as it is today ends without oil.

With apologies to Lynn Anderson, I beg your pardon, but Biden has promised you a rose garden. There is no rose garden and there are no roses but there is a prick and its name is Biden. Were all oil ended tomorrow, you’d be dead within a few weeks. What he promises is simply impossible. His quixotic quest for the elimination of fossil fuels would cripple the United States, let alone Christmas, and leave us vulnerable and an easy mark for our adversaries. End fossil fuels and you end the country.

None of the world’s wealthy elites of the world will suffer for the nonsense they foist upon the rest. Michael Shellenberger:

But DiCaprio still jet-sets around the country for short stops, giving him a much larger carbon footprint than the people he’s asking to sacrifice. Lawrence expresses guilt for it (“I know, flying private, I deserve to die.”) but still does it. Harry and Meghan returned from London to their home in Santa Barbara in their own private 12-seater luxury jet. And simply flying across the Atlantic in a commercial jet emits more carbon emissions than the average human produces in an entire year.

What’s worse, global elites are demanding that poor nations in the global south forgo fossil fuels, including natural gas, the cleanest fossil fuel, at a time of the worst energy crisis in modern history. None of this has stopped European nations from seeking natural gas to import from Africa for their own use.

We’ve learned that the war in Ukraine, supported so strongly by the left, is in part a means of laundering money to democrat candidates via FTX. I have a strong suspicion that this end-oil pursuit also has a pot of gold waiting at the end of the democrat rainbow.

How many lumps of coal for Bidens Stocking shall we say as whole load of it?