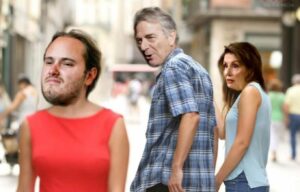 With all due respect to the great arguments that Dr. John posted, two recent stories that won’t be the driving force that sends anyone to the ballot box need to be mentioned. Neither hit you on a daily basis like getting mugged on the subway platform or at the gas pump, but both are important in regards to America’s future.

As you might have guessed from the header image, the first of the two stories is regarding the Paul Pelosi attack. If you want a quick refresher on Nancy Pelosi’s husband having an alteration his late night entertainment the other week I’ll refer you the always entertaining Kurt Schlichter. Let’s briefly recap the facts:

As I’ve responded, we’re not laughing at the attack, rather laughing at the obnoxious, hypocritical, slanderous attempts to cover up the fact that Speaker Pelosi’s husband got beaten up in a dispute that happened with another man in over a late night tryst. So why is this important?

Incidents like this is how soulless Democrats have become, and how disgustingly enabling the legacy media has become for them. To the Leftists who ask how heartless we Normals can be to laugh at this incident, how deceitful, hate filled, and soulless does a person have to be to exploit an old man’s run in with a male hooker to change the story to slander innocent people? Then again, who here doesn’t have a family story that everyone likes to tell at family gatherings about that time that Grandpa got a beat down from the illegal alien male hooker who he tried to stiff? Yeah, me neither. And that would be nobody whose family is not named “Pelosi”. Crikey, if heaven forbid something that insane happened to any of us Normals we sure as hell wouldn’t try to use it as fodder for political slander. And the kind of people who would do this have no business in governing America.

The second story involves the Democrats having to dust off Barack Obama to gin up enthusiasm among “young” voters. He does a painful short interview for “Under the desk news” (UTDN). The tik tok video is with a somewhat male looking person who does the news from under his desk. Obama sits down on the floor next to UTDN and tells him that he needs to get out from under the desk and vote. At the end of the vid UTDN concedes that back in 2008 he followed his dad’s lead and voted for McCain but is now an Obama fan. Let’s look at how many things are wrong here:

Now, I’ll grant that UTDN has 2.7M followers on Tik Tok. But while I look back at where my life was when I was 32, as miserable as I was for various reasons I would not have traded what I’d accomplished in my life to be famous for the price of being a grown man baby. And while I have no numbers to back this up and social media amplifies crazy, people like UTDN are now seen as relatively normal rather than total freaks they would have been even a decade or two ago. Is this really America’s future? A few summers ago I read The Boys in the Boat and while I never considered myself a slacker (OK, not once I entered the work world), I was put to shame as to what the young people of their era lived through. Seeing the video of UTDN makes me feel as far beyond this man baby as the Boys in the Boat were beyond me. Rush once said @ the time of the 2012 election something to the effect of. “America can survive an Obama re-election. America can not survive a country that would re-elect Obama.” We have survived, but I’m worried about taking this to it’s logical extension – can America survive a generation or two raised under Obama’s teachings by his disciples?

I can’t say I was the most mature person when I was UTDN’s age, but at least in my adult life I had some sense of purpose to work to accomplish something in my life and hopefully find that right woman and have a family. What kind of future to people like UTDN strive for? That’s a question whose answer I don’t know and genuinely scares me.

Now, I have no delusions that voting out one of seven radicals on the local school board or flipping a state legislature away from The Radical Left is going to save America. But you have to start somewhere, and showing that the ranks of us Normals are growing and that we reject their extremism is one of many steps that need to be taken if there is to be any hope.

If this post doesn’t put a chill down your spine and the will to crawl across broken glass to vote Republican (or at least against Democrats) I don’t know what will.

“Is this really America’s future?”
Sadly, in all likelihood, yes. Damned glad I’m old and unlikely to see the “full flower” of the Left’s plans come to fruition. Oh, and I don’t really expect a lot to change tonight. I figure the same people who got us Dopey/Gropey Joe in the oval office are going to pull the same crap again.

Fair point, and giving up is not an option, either

Then again, who here doesn’t have a famiy story that everyone likes to tell at family gatherings about that time that Grandpa got a beat down from the illegal alien male hooker who he tried to stiff?

Maybe that was the source of the argument; Paulie P couldn’t “stiff” him.

The Democrats and left have become one giant “Gay Pride Parade”. They put forth the most obnoxious, outrageous, disgusting behavior and simply expect everyone to accept and embrace it. They take enormous pleasure is throwing their degenerate pursuits in our faces and, the expectation is, we just have to take it because “people do what people do”.

It’s time we stopped accepting it.

It’s already starting, and we let it go on for too long

Please share what you think should be done about homosexuality.

How about not mainlining it to our children?

How about not having gay men wearing ligerie dancing on 5 year olds? Leave that for the decrepit 8 year olds!

Nothing. It’s a behavior than anyone can engage in. It’s not an “orientation” or identity.

And it’s certainly not a class.

Normalizing any dysfunction, as it’s something mental and not physical, will have harmful effects on society.

“Nothing. It’s a behavior than anyone can engage in. It’s not an ‘orientation’ or identity.”

You have no idea what you’re talking about.

-1
Reply
Michael
Reply to  Deplorable Me

“They take enormous pleasure is throwing their degenerate pursuits in our faces and, the expectation is, we just have to take it because ‘people do what people do’. It’s time we stopped accepting it.”

This is how I feel about MAGAs.

You are notoriously ignorant.

1
Reply
kitt
Reply to  Deplorable Me

Wondering in California how many MAGA parades there are, Poor Mikey may have been subjected to someone wearing a hat. He is so sick of it he hangs on a site with people called Trump won and Deplorable me, just to pop in with an 14 year old maturity level post most likely from under his desk.
Happy Voting Day dont forget your ID. 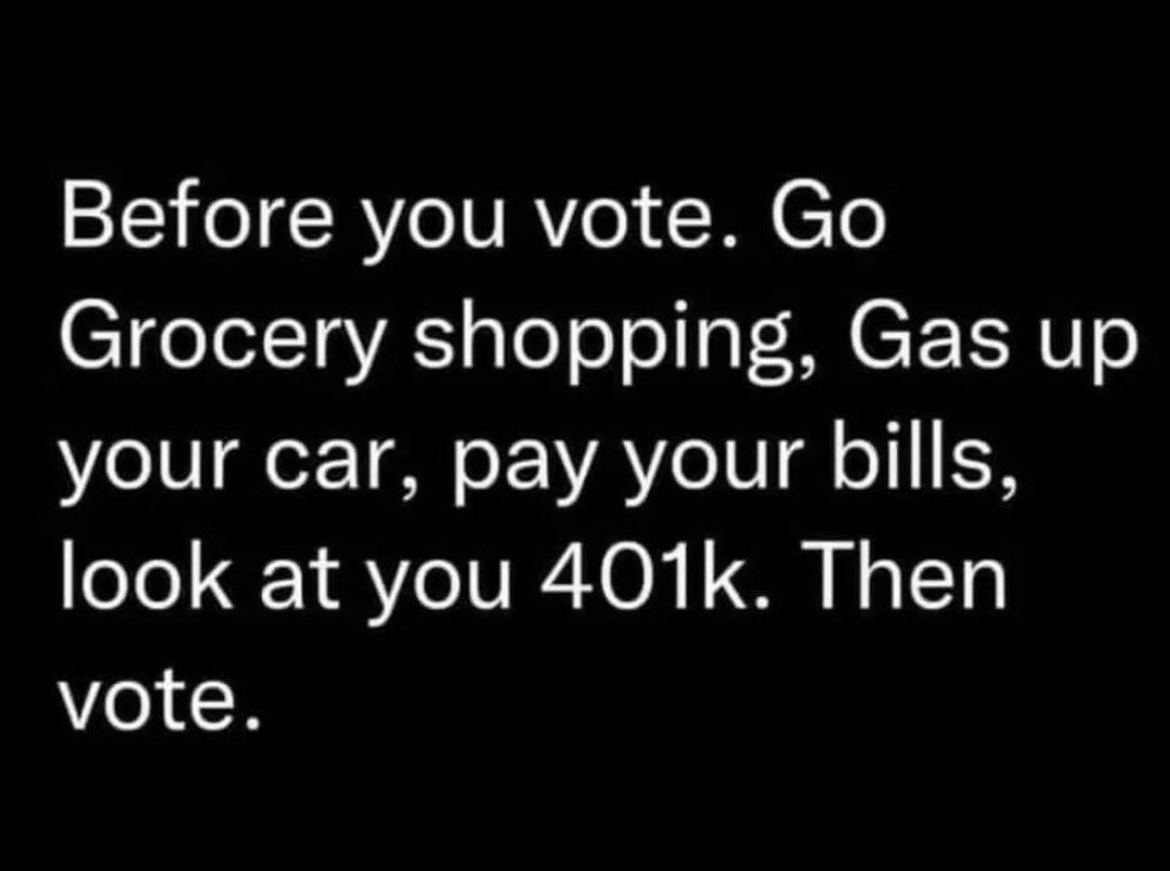 One can only imagine how irritating it must be to hear about patriotism, making the nation stronger, helping those in need and enforcing the law. The mind reels.

2
Reply
kitt
Reply to  Deplorable Me

He might be licking toads just thinking about it.

Please share what you think should be done about us Normals

Nothing, until you start getting violent.

Meh. You don’t know anything about the people you’ve been trained to hate. What you hate is a strawman that doesn’t exist.

MAGA is just American. Whatever you follow is something else, and you’re trying to overthrow our nation with simple communism and Atheistic genocide.

For whom the bell tolls Evelyn de Rothchilds, yes aka Mr.Burns has had a call from the grim reaper.

Before he gave up on trying to be elected president, Mitt Romney was roundly criticized by the Left for saying that those on the dole were 47% of the electorate.
That this made his election our last chance before those IN the wagon (on the dole) outnumbered those pulling the wagon (taxpayers).
We’ve passed that point now.

Titler famously said, “A democracy cannot exist as a permanent form of government. It can only exist until the voters discover that they can vote themselves largesse from the public treasury. From that moment on, the majority always votes for the candidates promising the most benefits from the public treasury with the result that a democracy always collapses over loose fiscal policy, always followed by a dictatorship.”

We’re there, dudes.
I was talking to a store manager about why so many retirees were hired there lately.
She said the younger people who should be working are openly admitting on their applications that they are part of the “silent quitter” work force.
Do as little as possible so as not to be fired and NEVER seek a raise, just quit within 2 years.
Bad attitude.
Almost hoping to augment the dole just a bit.
﻿
They very well might “win,” if you can call their destruction of America and it’s descent into power-outaged, dictatorship is “winning.”

The “Silent Quitting” movement is about as perfect an example of unsustainability I can think of, on every level. The sad part is the saps who are falling for it will be the ones damaged the most