Biden is being shown the door 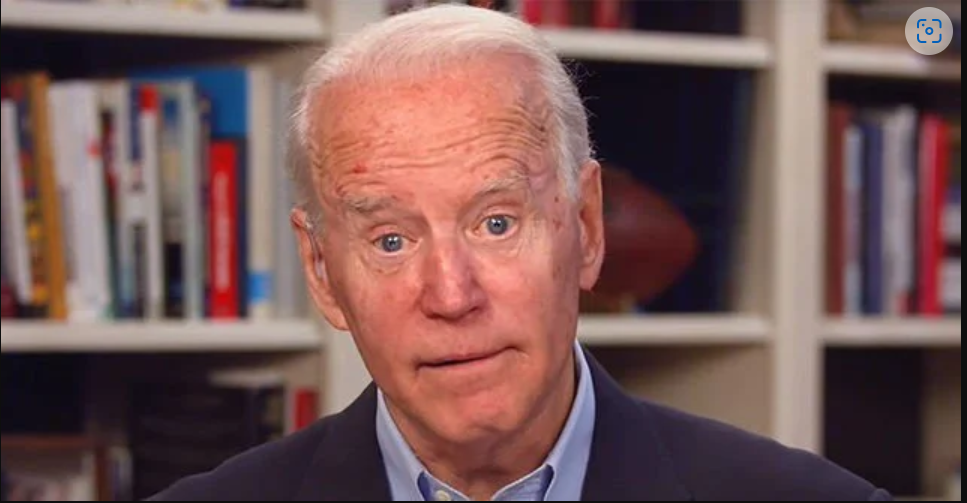 Biden’s future is sealed. It has been decided that he is a one term President, assuming that intellectually he makes it that far.  A number of signs are aligning.

Biden blundered through his last week of campaigning, committing gaffe after gaffe, including forgetting the name of a candidate he came to endorse.

During his final campaign event Monday night in Maryland, he appeared to forget the name of the candidate he was there to endorse. “And, of course, you got that next governor. What’s his name? Wes… Wes…,” Biden said, which sparked the audience to hold up their “Wes Moore” signs.

Biden, who will soon be 80 years old, found himself suddenly being factchecked by the left-wing media.

The Washington Post gave President Biden a “bottomless Pinocchio” in a fact check of several recent claims he’s made, including statements about Social Security.

“Folks, I spent a lot of time — more time with Xi Jinping than any other head of state. … I’ve traveled 17,000 miles with him,” the president said on Nov. 3 in San Diego. Glenn Kessler wrote that the Post has fact-checked this claim several times before and that the president has said it over 20 times. During the Trump administration, the Washington Post created a new rating, the “bottomless Pinocchio,” for claims that had been given three Pinocchios and had been repeated at least 20 times.

“Now Biden has earned his own Bottomless Pinocchio,” Kessler wrote.

Shockingly, even CNN and the NY Times have been critical of Biden. Two thirds of voters do not want Biden to run again. But a couple of bombs were dropped this week that have clinched the deal and it’s all about the timing.

Tony Bobulinski was Hunter Biden’s business partner and found himself being strung along by the FBI. With the potential for the GOP to control the House Bobulinski promises to bring explosive new materials to hearings:

Whistleblower Tony Bobulinski had a front-row seat to the Biden family’s deal with their Chinese government-linked business partners, and his explosive trove could expose alleged criminal activity by the First Family. A source close to the congressional investigations shared some of Bobulinski’s unseen cache of documents exclusively with DailyMail.com.

Another whistleblower has come forward to testify that Joe Biden was directly involved in an online gambling venture in Latin America- when he was VP- complete with “the president talking like he was chairman of the board.”

Joe Biden was involved in his son Hunter’s foreign business deals while he was Vice President, a new whistleblower with direct knowledge claims. The whistleblower has identified themselves to Senate investigators but asked to remain anonymous for fear of reprisals.

The informant says they were party to a 2012 conference call involving then-VP Joe, Hunter, 52, his business partner Jeff Cooper, 53, late Senate majority leader Harry Reid and his son Key Reid, 48, who was also in business with Hunter.

he Spring 2012 call was about Hunter, Key and Jeff’s new venture into online gambling in Latin America, the whistleblower said, adding that Joe was active on the call discussing details of the business, and appeared to be involved as a ‘silent partner’. ‘He wasn’t passive, he was talking about it. If I had to describe him, he was like a member of the Board of Directors,’ the source said. In a statement to DailyMail.com, Cooper denied ever having a call about any of his companies with the president or late senator saying it was a ‘complete fabrication’.

Key, Hunter and the White House did not respond to requests for comment.

Obviously, it would have been nice to have this information two years ago. Thus, this isn’t happening in isolation. Someone has decided that Biden has to go. I do not yet know who that is.

Being able to install Biden, who was never a viable candidate and could not legally win his primary, much less the Presidency, was always just a message sent from the Deep State: “We are in charge, and WE decide who sits in public office. Not the People.”

This was always about restoring the status quo.

“Maria” appears to be a Deplorable Me sock puppet.

Well, you’re a sock puppet and we let you exist.

biden never should have been installed. He won nothing.

Yup. It’s all clear now. The system rose up to depose our legally elected Trump, because he wasn’t part of their organized crime.

I’m not sure any President in my lifetime wasn’t “installed” except for Trump.

MAGA republicans in the house need to grow a pair and not elect frank luntz’s roommate to SOH.

Same in the Senate, McConnell has to go. Not good for America.

Idiot Biden is speaking, calling on reliable reporters that have pre-screened their questions and, as usual, lying his lying ass off.

joe opens his mouth and his brains fall out.
A few days ago he promised to cure cancer.
People did research and learned he has a cancer “foundation,” where his FAMILY collects 85% of all the donations as SALARY.
The other 15% go to administrative costs of mailing out requests for cash and processing the cash that comes in.
What’s left to fight cancer?
ZERO dollars!

So, this week joe promised a high speed rail between Scranton, Penn, and NYC.
His biggest donors had bought the land in the corridor for a song and will “sell” it to us taxpayers for TOP DOLLAR.
joe LOVES his cars, but wants you to be reliant on UNION transportation workers.
The RAIL workers held off until after the midterms after “only” getting a 24% RAISE.
But now they are going to strike.
24% is just not enough.
And they’d be running this high speed rail, too.

Long overdue. This is a major break from supporting the brain dead dementia addled moron biden.