democrats deserve to be crushed tomorrow. They should never be allowed in power again. Ever. 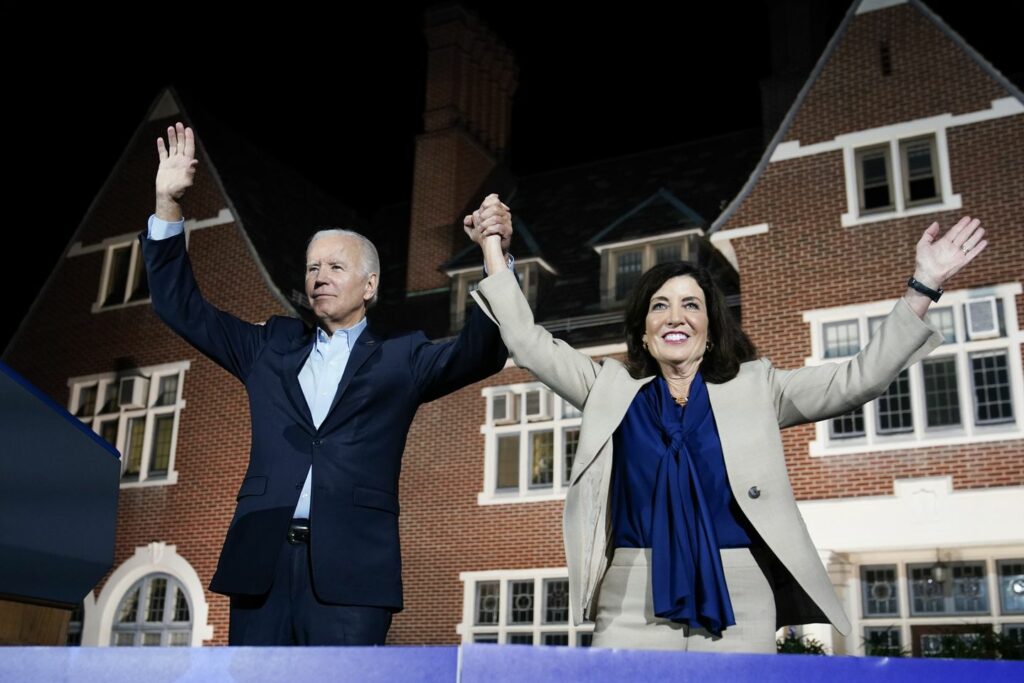 A democrat strategist got it right when she said

‘We Did Not Listen to Voters’

“I’m a loyal Democrat, but I am not happy,” Rosen said. “I just think we did not listen to voters in this election and I think we’re going to have a bad night.”

She added, “when voters tell you over and over and over again that they care mostly about the economy, listen to them! Stop talking about democracy being at stake! Democracy is at stake because people are fighting so much about what elections mean. Voters have told us what they wanted to hear. I don’t think Democrats have delivered this cycle.”

Hopefully America has learned its lesson. democrats don’t listen. They don’t listen because they don’t care. They don’t give a damn about the concerns of the little people. The peons are there to serve them, not the other way around. Nancy Pelosi has her $20,000 Subzero fridge and her $13 Jenni’s ice cream and you don’t. Too bad. They have an agenda to stick up your backside. They’re going to treat criminals like royalty. They’re going to give your kids two choices- become a drag queen or transgender. They want all your children to sexually active and sexually competent by the age of 5 and would stock all school libraries with the materials necessary. Is your food expensive? Just eat cans of Chef Boyardee!

I don’t think anything really quite captured it all as Kathy Hochul, the unelected Governor of New York. She is the poster girl for this monumental elitism. NYC Subway crime is up 44% with subway murders at the highest number in 25 years.  Major crime in NYC is up 36% this year.

Hochul just waves this away. “I don’t know why that’s so important to you,” she says.  It’s a GOP conspiracy!

“These are master manipulators. They have this conspiracy going all across America trying to convince people in Democratic states that they’re not as safe. Well guess what? They’re also not only election deniers, they’re data deniers.”

These fears are really based on nothing more than “human emotion”

“I deal with two things here: I deal with real facts and I deal with people’s fear, and I address both. The crime related to guns is going down… We’re seeing progress there, but human emotion is different. I understand that.”

If New York can’t see its way to rid itself of this pompous asshat it deserves what’s happening.

This denial of reality comes from the top down. Biden is in denial about the condition of the country and never stops lying. He took a shot at Lee Zeldin yesterday.

“If a politician won’t stand up to his party’s leaders to keep cops on the beat and won’t stand up to the NRA and get assault weapons off the street, do you really think he’s going to take and help your families keep safe?”

But as I said, Biden is the biggest freaking liar on the planet. As a reminder.  Here’s 7 minutes of democrats calling to defund the police.

Biden is a damned liar. He always has been a damned liar. I’m pretty sure I wrote this once before but it’s still true. As a member of Congress and as VP, Biden had cover for his incessant lying. As President he lost all of that. He is exposed for the lout he is. He has been exposed as a pervert. He’s not a nice person. He’s not a decent person.

Biden is a dirtbag and is the head of a dirtbag party.  It’s gotten so bad that CNN has had to face facts. Here is their list of recent Biden prevarications.

When you’re a democrat and you lose CNN, it’s time to get to the retirement home. It would do the country well for all democrats to do the same.

As I said, democrats didn’t listen because they don’t care. They take their base for granted as a means of enabling their efforts to erode the underpinnings of what makes this country great. They teach our kids not to love this country, but to hate it.

Crush them tomorrow. For the love of all that matters, crush them. 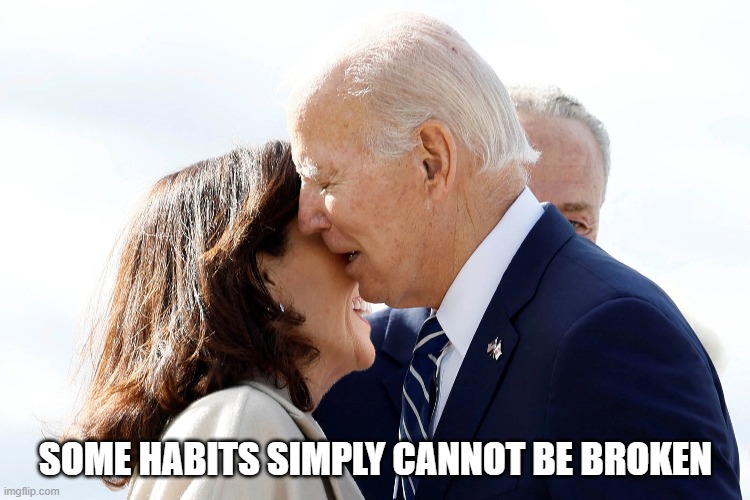 Anything less than the GOP winning both the Senate and the House will be PROOF that the Democrats cheated, and the results should be rejected.

It’s nice to see the right’s hypocrisy in the spotlights like that, but it’s still lost on Fat Bastard’s cult followers.

Anything less than the GOP winning both the Senate and the House will be PROOF that the Democrats cheated, and the results should be rejected.

Two years of Democrat rule, the results are in.

The US annual GDP growth rate went NEGATIVE in 2020, TRUMP’S final year in office: -3.4 percent. His tax cut and deficit spending binge had already guaranteed skyrocketing inflation as soon as the economy slowed.

“How Did We Twist Those Words?!” – Reporter Confronts Karine Jean-Pierre Over Her Lies After Biden Promises to Shut Coal Plants Down (VIDEO)

Have we already forgotten The Fauci Flu and its aftermath? How was the US economy looking prior to his germ warfare being unleashed?

During Trump’s first 3 years in office, average US GDP growth rate was an anemic 2.5 percent.

The US economy has gained over 10 million jobs since Biden took office.

Wages have increased by 4.7% over the past year.

New COVID cases peaked under Trump, and have rapidly declined under the Biden administration.

Civil unrest escalated dangerously under Trump, but has fallen off dramatically under Biden.

More died under idiot Biden from COVID, even with the vaccines, than did under Trump. Idiot Biden promised to “shut down the virus” and it only got worse under his incompetence.

You are a pathetic moron

You’re getting poorer every month under Joe Biden.

That’s one of the effects of inflation. My savings has increased, but the worth of it has gone down. That’s ALSO an effect of inflation.

Most nations are currently being clobbered by inflation, many at a much higher rate than the United States. Do you think Biden’s magical powers are somehow causing that, too? We’re part of a global economy and have been for decades.

Economists agree that the ideal GDP growth rate is between 2% and 3%. Real wages are down,

Yes the horror of 79 cents a dozen eggs, 99 cents a pound chicken thighs, 1.50 gas, the awful times when whole tenderloin went on sale for 6.99 a pound where 1 would buy 3 driving up my total bill.
I picked up butter yesterday and some asshole had put what they call “plant based butter” in the “dairy” case, thats a new name for oleo I guess. Just slather your toast with GMO franken crisco with yellow dye …yumm.

Let’s keep Stacy Abrams out of this. And the correct phrase is “Body positivist of questionable parentage”

When you decriminalize all sorts of stuff, like public urination and shoplifting, you cut down on reportable “crimes.”
Not because the behavior isn’t still going on, it is, in larger numbers.
But police can hang up on you for reporting a non-crime.
Does that make a dent in overall crime stats?
I bet it does.
But the stuff even dems are afraid to drop, like rape, murder, armed robbery, car jacking, etc., are all up.

The season of The Wire that focused on the Baltimore police and crime rates gave some great insight into how these stats are manipulted. Which makes me wonder how much worse things actually are compared to what we’re allowed to be told

democrats are the enemy of Americans and America

No that was the double rainbow seen at the Trump PA rally, while flags were blown over when Barry was introduced..

Did you also catch this?

A pro-abortion man kicked a church’s pro-life sigh on a lawn but it goes up into the air and comes back down, wires first, replanting itself on the lawn!
The video is a stunner.

Democrats only listen to those who share their warped view of this country. They don’t even acknowledge the vast area between the two coasts; only coastal elites get a say in the Democrat party.

Indeed, until Democrats denounce and reject this agenda, NO Democrat should receive a vote. Even a moderate Democrat cannot withstand the pressure of their corrupt leaders to vote, en bloc, for national ruin and destruction.

You summed it all up perfectly. However, I would never vote for ANY “Democrat,” because there must be a Godless, totalitarian Marxist Socialist streak somewhere inside that person’s persona.

Dem Sec State in charge of elections in New Mexico had no problem p[osting the total number of registered voters there.
The entire state’s population is 2.1 million people, ages zero to 110.
But the registered voters listed there counted 16 MILLION.
Had it stood without a watchdog pointing it out so it was corrected on MONDAY the day before the election, it would have allowed room for plenty of mischief.
Plenty.

One dem in Penn worked as a poll worker and somehow managed to set two voting machines in his precinct to tally a straight dem ticket no mantter how the individual voter wanted to vote!
He, also, got caught in time.

This is not the odd individual voter sending in a ballot for himself and one for his moved-away neighbor whose ballot he picked up.
No.
This is organized at the party level.