Republicans: Get Up, Get Out and Vote! This is a rally cry to action for all amazing conservatives in America.  November 8 is election day! Sound the klaxons, ring the bells, bang the drums and tell all of your friends (unless they’re liberals).  We have a golden opportunity to take back our beloved country from the incompetent Democrats (the party of really bad ideas) who have intentionally destroyed America.  Even comedian Bill Maher claimed that the “left has gone super crazy in ways that the average American doesn’t understand and doesn’t want.” Their “inept” and “crazy” leadership has spawned a dumpster fire of:

Our primary mission On November 8th is to win control of the House of Representatives and to send Nancy Pelosi packing for a permanent vacation.  A highlight of 2022 will be bidding a fond adieu to the “Wicked Witch of the West,”  and her flying monkees.

Our next goal is to control the Senate.  Everyone knows that the Dems are going to cheat.  They have to cheat because their platform is rotten, their ideas are toxic, and their candidates are both sad and pathetic.  John Fetterman, a Pennsylvania Democrat, suffered an Ischemic Stroke on May 13.  He still really wanted to be a senator and continued to campaign.  His opponent, Dr. Mehumut Oz, is a long time personal friend of Oprah Winfrey.  Apparently, their friendship didn’t count for diddly-squat.  Oprah threw Oz under the bus and endorsed Fetterman.  Ouch. That’s going to leave a mark.

Unfortunately, I live in a blue state; not pale blue but the deepest, darkest blue that one could imagine…Midnight Blue. Undaunted, I cast my single ballot for every decent Republican candidate on the slate.  Never give up and never surrender! I am dismayed to watch the people I love, vote for the people I despise, just because of “mean tweets.”

Ironically, in my state, it is harder to get a free piece of birthday cake than to vote.  That’s a fact Jack.  A local food vendor gives every customer a free piece of cake on his/her birthday…..but…wait for it…only if he/she shows a valid ID with the date of birth.  Apparently, they believe that some people will lie to get something for free.  Go figure.  Their philosophy is to trust but to verify.  When I go to vote, a valid ID is not required.  Cake-YES, Voting-NOPE. Apparently, my state philosophy is to trust and not to verify.  Cheating must be considerably harder to pull off when a picture ID is required.

I realize that I have a better chance of petting a Snow Leopard in my backyard in July than electing a Republican governor, but I am still going to get up, get out and vote.

Republicans who fail to vote…elect Democrats

We all know how voting for Dems turned out. 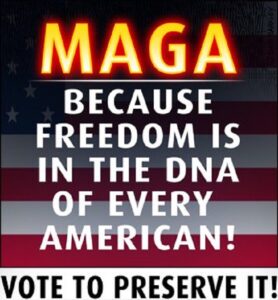 If Republicans don’t win the House and Senate, it means the Democrats cheated.

NO people would vote for these clowns under these conditions, even with the rampant propaganda.

NO people would vote for these clowns under these conditions, even with the rampant propaganda.

You are absolutely unable to understand that anyone could legitimately hold an opinion with which you disagree.

There’s a big difference between the two of us.
I think your opinions are stupid, but I have no doubt that you actually hold those stupid opinions. Nathan flatly says that people who hold opinions different from his don’t actually hold them—that they’re lying about what they believe.

There is a big difference you are perfectly content in ignorance, anything outside of your scope of narrow minded world view you auto block in your mind, concepts not presented to you by who you believe were very very intelligent, just cant be accepted. I am unaffected by your opinion of me or any of the others here, you seem to get enraged or are negatively affected by someone you will never see in person. I find that amusing.

I am unaffected by your opinion of me

That doesn’t seem to be the case at all. Whenever I make a point that leaves you on your back foot, you take an immediate deep dive into the bowels of Wikipedia and come back to spew a variety of tangentially- or unrelated facts in an attempt to make yourself seem smart.

Several times now, you have launched into a bizarre one-sided pissing contest in which you tell me in exhaustive detail all about how successful your kids are and how hunky you think your grandson is—as if I give a rat’s ass about your children or your grandson.

To all appearances, you are extremely affected by my opinion of you. If that’s not the case, you need to change the way you do things, because you’re giving the wrong impression.

Your psycho analysis of me is a complete failure, thats what you get for going outside your field, you really need to look inward before projecting your sickness on others.

If you say so…

—as if I give a rat’s ass about your children or your grandson.

Well, unless you get the opportunity to groom them.

I wonder, do YOU believe making energy costs unaffordable by the common citizen, even if you give them a “voucher” to temporarily ease some of the pain, is a good idea? Since that is the official policy of the party you support, either you think that is a good idea or you support the party line regardless of how stupid it is. 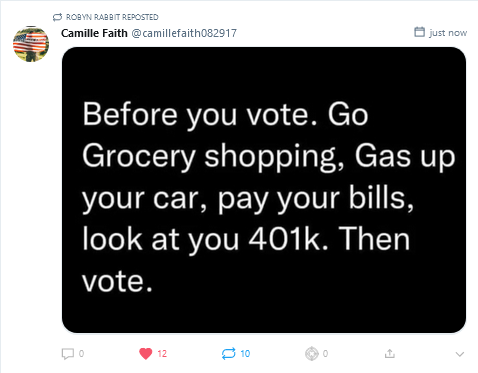 Raucous crowd awaiting President Biden, Obama and Democratic Candidates Fetterman and Shapiro at Temple’s Liacouris Center to fire up the base in Philadelphia in the closing moments until Election Day. @WGAL #ElectionDay pic.twitter.com/km3hS5He4Q

Same night, Trump has a rally for Oz and Doug Mastriano 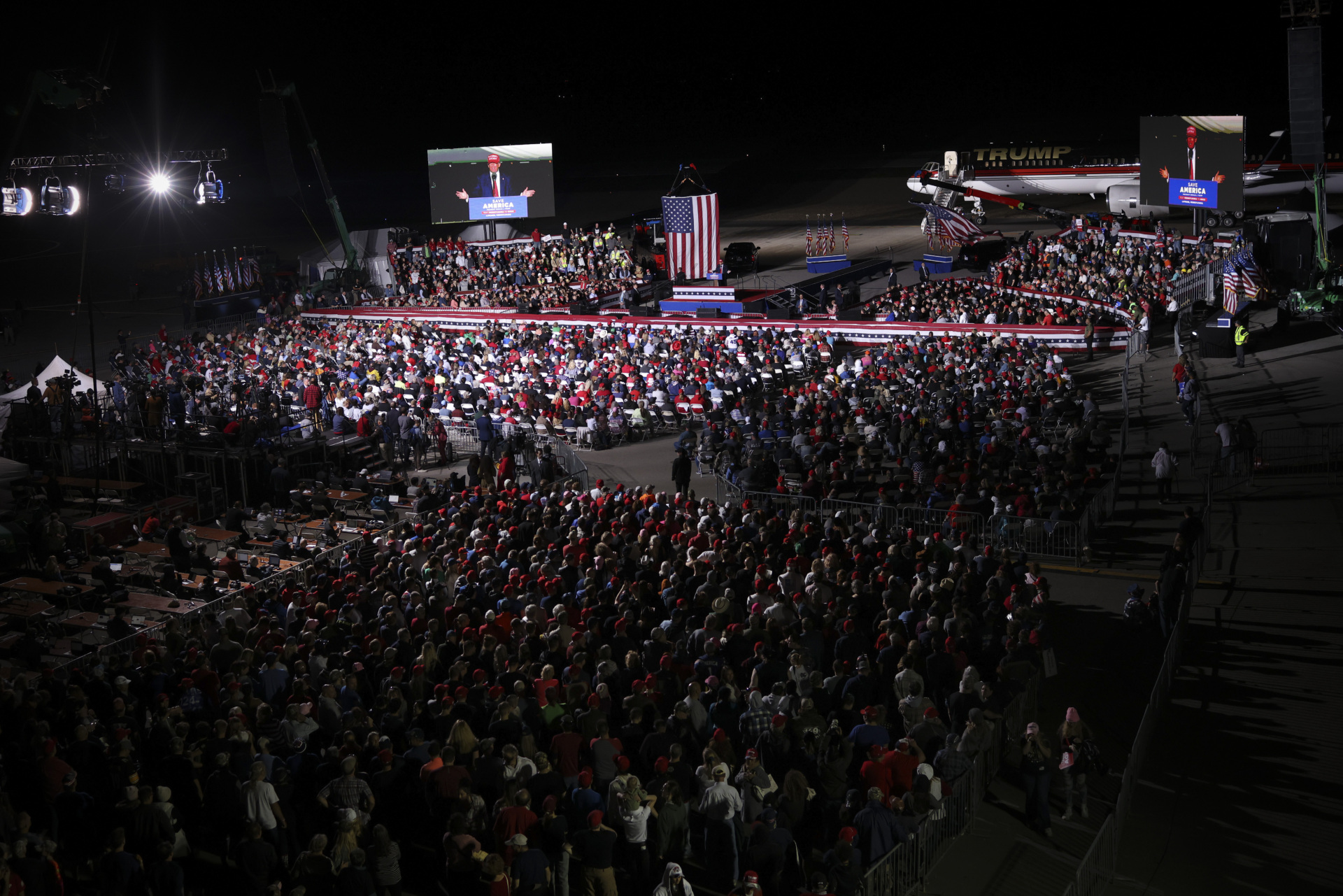 People were lined up to get in for hours and the crowd went back well behind the media set up. 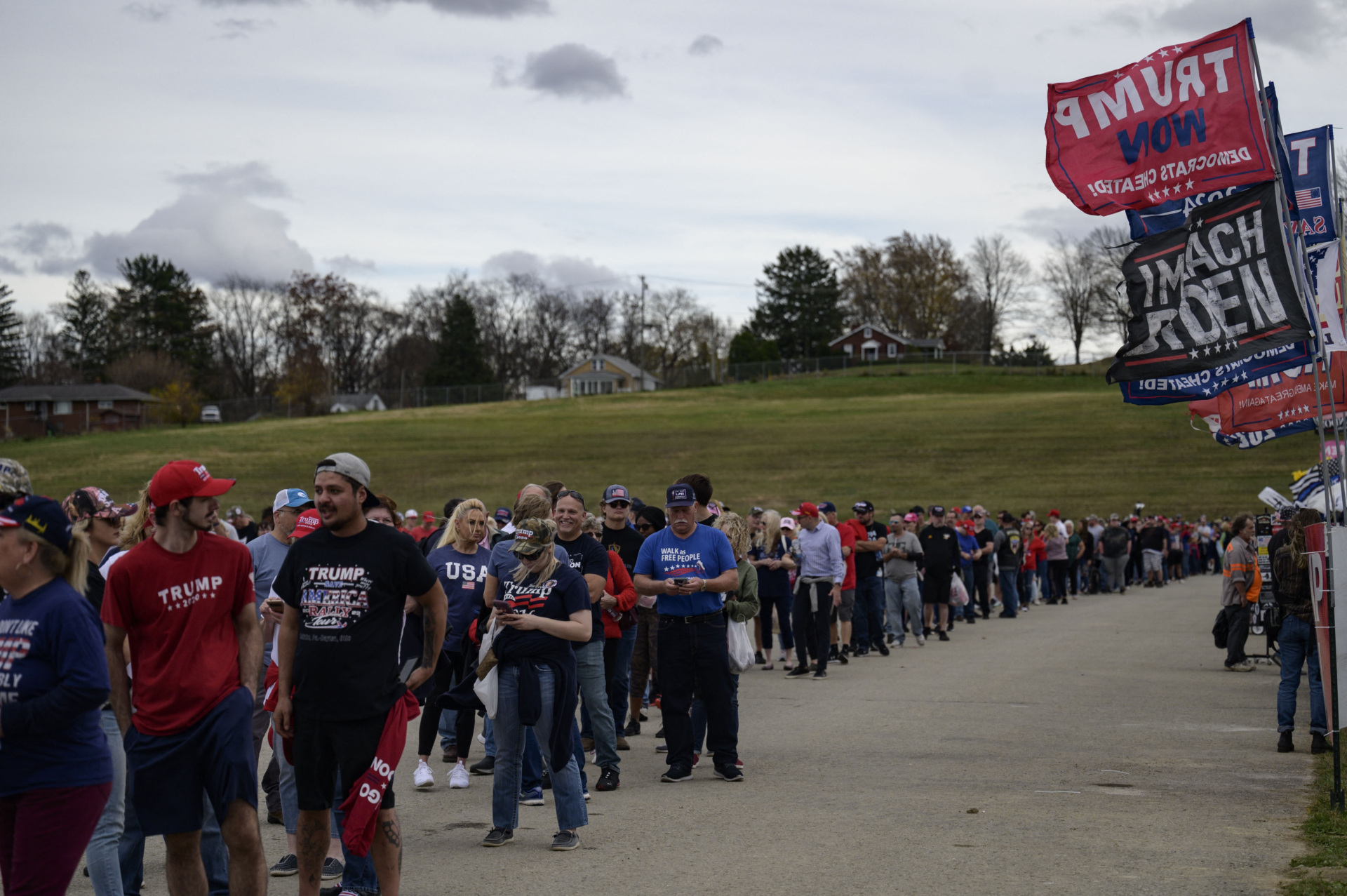 Gigantic line at President Donald Trump’s rally in Latrobe. Tons of enthusiasm for @dougmastriano and @DrOz.

Do you think Joe Biden could ever draw a crowd like this?@OANN pic.twitter.com/ogz4Z6flTl

Look how orderly and Peaceful they are No Riots, No Looting No Arson unlike we saw with the Antifa/BLM Bolshevik scum in 2016 and 2020

I never miss a vote, Funny this time they are trying to split the Governors vote, a very nice woman is still on the ballot even though she ceded in September, There is a website for her and she has already voted for the Republican and endorsed him. Complaints to the lawless WEC went nowhere.

I guess Democrats don’t trust the polls, since they show Mastriano behind. Better to cheat and make sure, just in case.

Yet idiot Biden, in a national address and repeatedly, has called patriotic Americans “fascists”. That is far worse than the “meanest” tweet Trump ever issued. Tweets were just an excuse; the propaganda had to get rid of Trump because his success was going to set Democrats’ socialist dreams back decades.

Every person actually concerned with the survival of this nation MUST vote and vote against Democrats. Send THEM an unmistakable message.

Vote Republican if:
– You’re sick of this lunacy

After the mid-terms, the GOP will descend into chaotic infighting as those harboring secret hatred for Trump attempt to rid the party of him by backing an alternative. This will likely be played out against a background of mounting problems for which republicans have offered no intelligent solutions, and narrow, ineffective republican Congressional majorities that won’t be able to agree among themselves on squat. It will be a long tedious trip to 2024.

DeSantis would be easily defeated. The Left already has a Russia Collusion-style hoax ready to destroy him.

Trump is clean, and the most vetted candidate in history.

The choice is clear.

Trump and DeSantis are both viable candidates, at least. Biden was completely incapable of winning a primary, much less the actual Presidency.

Trump is “clean” like a Tootsie Pop that’s been dropped through the hole of an outhouse.

Well, what has he done wrong then?

Answer me. Give me something real, not made up Putin-style tripe meant only to arrest someone who kicks the Democrats ass in elections and on policy.

He tried to remain in power by inciting a violent siege of the Capitol to stop the electoral count after being voted out by a record margin. If he runs again he’ll try to seize power, win or lose. Either way, there will be violence.

THAT’S what you want back, and THAT’S what a corrupted GOP is setting the stage for, know it or not.

Siege? By people let in? Those that left when they were asked to, kiddo look up the definition of words before using them. It was never proven that he lost the election, hundreds of lawyers to prevent examination does not say free and fair open and transparent.
I believe the business of the congress was only delayed a couple of hours, what a crappy siege.

This is democrat rule couldnt buy seeds or paint couldnt go to your cabin or boating. 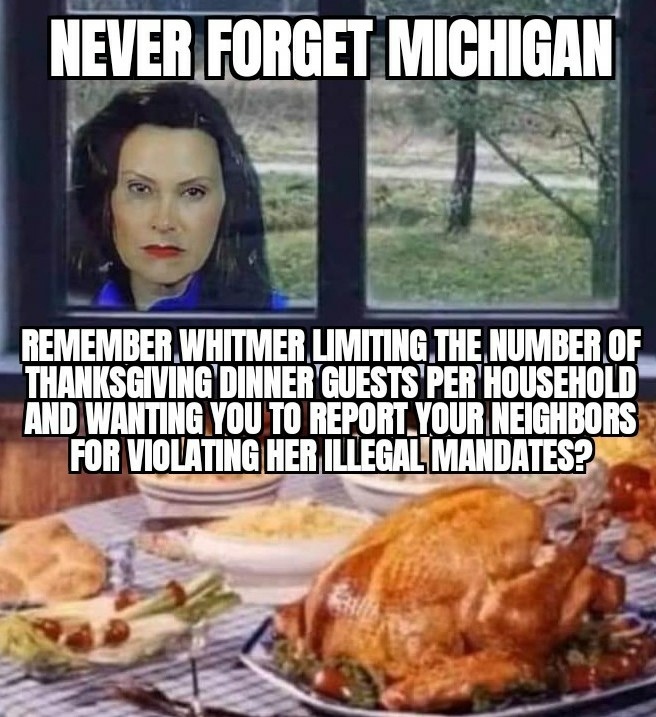 Here’s your “people let in”.

Your lying piece-of-shit cult leader is responsible for ALL of this.

9 full months of riots, looting, assaults and murders committed by Democrat-supported BLM/ANTIFA and then charges against all were dropped. To date, there has been NO violence incited and committed by the right.

Even the anti-Trump FBI cleared him of any involvement in a riot they themselves incited. If that’s all you have, you might want to reevaluate your entire belief system.

Well, after six years of endless, relentless “investigation”, what has he been charged with or proven to have done that is illegal? Meanwhile, we have ample evidence of idiot Biden’s corruption and criminal activity. Obviously, you support corruption and oppose abiding by the law.

Login
wpDiscuz
32
0
Would love your thoughts, please comment.x
()
x
| Reply
‹ Back to Categories