“Somebody is going to die” 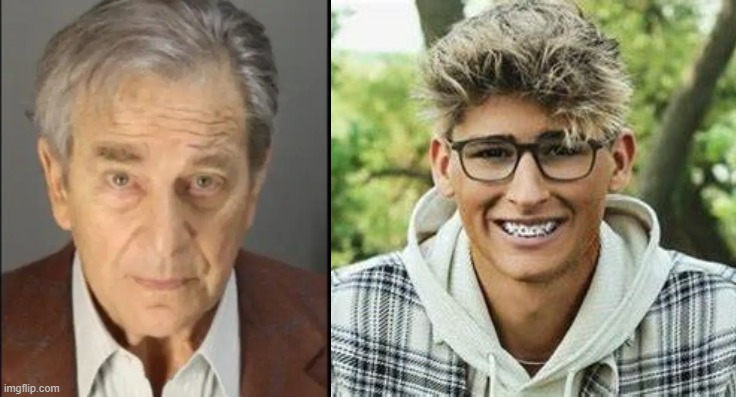 Those are the words of the democrat genius Debbie Dingell (D-MI). Those words were not uttered in a void. Many democrats were anxious to virtue signal subsequently the Paul Pelosi fracas. Honesty was not to be the guiding light.

“The violent assault on Paul Pelosi and the attempt to murder Speaker Pelosi is directly related to that Lie,” the Oscar-nominated director and actor wrote. As a result, Reiner claimed, “Donald Trump is 100% responsible for this and Jan.6” and “must be indicted and never be allowed to hold office.”

“You can’t condemn the violence unless you condemn those people who continue to argue the election was not real, that it’s being stolen, that all the malarkey that’s being put out there to undermine democracy,”

Amy Klobuchar, who never misses a chance to sound like a loon, said the rhetoric against Nancy Pelosi “…has gone viral and it went violent.”

No violence was visited on Nancy.

There were, of course, efforts to paint attacker David DePape as a right winger. That really didn’t work for a couple of reasons. First, no right winger will find him or herself in nude hippie commune in Berkeley. Secondly, DePape held radical left wing positions:

And, as I discovered yesterday, DePape lived with a notorious local nudist in a Berkeley home, complete with a Black Lives Matter sign in the window and an LGBT rainbow flag, emblazoned with a marijuana symbol, hanging from a tree. pic.twitter.com/qxNvgWXSaG

Third, the guy is a paranoid psychotic. He also might be an illegal alien. He’s nuts. There are still several questions many would like answered. Why did Pelosi confront DePape after calling 911? Why not barricade himself in the bathroom. It seems convenient that there was a hammer ballet between Pelosi and DePape which hit a crescendo only when the police arrived. What happened to the alarm system?

But none of this is why I am writing this post. While I feel badly for Pelosi and hope he fully recovers I am not especially bothered by the event. Why? For numerous reasons.

There have been multiple attacks on Republicans with devastating results. The GOP is way ahead in the loss column. Steve Scalise (R-LA) was shot. Rand Paul was severely injured in an assault. There was a murder attempt on Brett Kavanaugh. These events were not taken seriously by democrats. There was another tragic event in which democrats probably couldn’t even name the victim. His name was Cayler Ellingson. Just 18 years old, Joe Biden and Tim Ryan got him killed.

Let’s recall that Biden called Republicans a “clear and present danger” and a “threat to democracy.” Let’s also remember that Tim Ryan (D’OH) implored people to “kill and confront” Republicans. Shannon Brandt took those words to heart and killed young Ellingson, who Brandt believed was a “Republican extremist.” (Reminding Ryan of his words actually got me thrown off Twitter)

That should have awakened democrats from their partisan comatose state to lower the heat of the rhetoric, but alas, no. Instead, with the senile mendacious sexual predator at the helm, they continue to politicize everything. While feeding fiery hatred they demand the GOP be well mannered.

So we have a tale of two people. One is an 82 year old drunk driver worth $120 million who has a propensity to do stupid things aside from making himself wealthy from insider trading on information from his high-profile wife. He’s going to recover, but everyone has to feel sorry for him. Cayler Ellingson was 18, led a modest life and planned to go to college. He’s dead, yet few outside his hometown even know his name. His death wasn’t enough to stir left wing consciences. It makes me sick when I hear Debbie Dipstick say “someone is going to die.”

Someone did die. His name was Cayler.

Exit question: If Pelosi and DePape were struggling over a hammer, who let the cops in?

“Reminding Ryan of his words actually got me thrown off Twitter”

Clearly, that must have been “misinformation”.

Democrats openly demonize and call for violence against anyone that disagrees with them, but merely pointing out how loathsome Democrat policies are is putting lives in danger.

democrats are incapable of disagreement. The are in lockstep with their anti American views and they should be destroyed electorally so they cease to be a scourge on society

democrats are the enemy of Americans and America

How to handle ‘situations’: http://ripleyporch.blogspot.com/2022/11/what-would-i-have-done-at-3-am-if.html