What white liberals really want: legalize mothers’ freedom to euthanize their children at any time 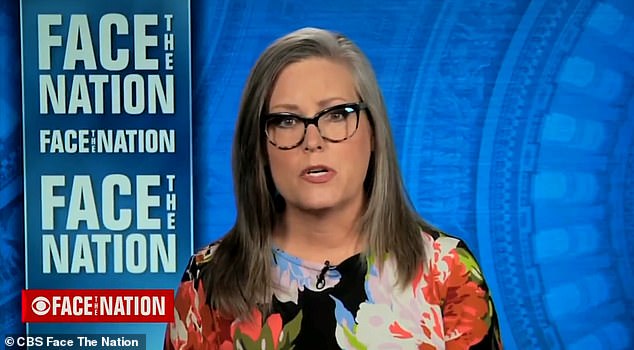 Katie Hobbs is the democrat candidate for Governor of Arizona. She says she wants no limits on when women can have an abortion, right up to birth.

The Democrat running for governor in Arizona next month said that she doesn’t support any limitations on abortion after Republicans proposed a nationwide ban after 15 weeks.

Arizona is one of the 13 with trigger laws, which effectively banned abortion in June when the Supreme Court overturned the landmark decision in Roe v. Wade.

An 1864 Arizona law is behind upheld and went into effect on September 24 that bans all abortions except for in the case where the mother’s health and life is put at risk by carrying the pregnancy to term.

But why stop there? Why not give democrats what they really want- the freedom for mothers to euthanize children whenever they choose. An internet search for “mother kills her children” yields 686,000,000 hits. This is obviously a popular thing with liberals. In April of this year Odette Lysse Joassaint was charged with the murder of her two children. She called 911 and said “Come get them, I don’t want them anymore”.

In May of this year in Los Angeles, Angela Flores was charged with killing three of her seven children. Clearly, these are not isolated events. This phenomenon, like most cultural aberrations, is largely the domain of white liberals, especially white liberal women- the same women who cannot even define “woman.”

democrats are always bitching about a loss of democracy. The Supreme Court democratized abortion, giving each state the power to decide what to do with abortion, which is how it should have been in the first place. That’s democracy.

I am no absolutist when it comes to abortion. I do favor exemptions for rape and incest, which is in most, if not all GOP proposals. Additionally, I think abortion should be drawn to a stop at the point of brain activity with exceptions for fetuses so impaired that they could not be expected to survive after birth.

Late term abortion is abhorrent. There is simply no difference between a baby one day before birth and the day of birth. The child is no less viable and terminating its life at that point is murder. Viability outside the womb is being pushed back all the time by medical progress.

I’ve had women argue that the unborn are not alive. As a doctor I find that utterly ignorant. There are five principles which ae generally accepted as defining life:

A fetus is alive. So is an embryo. That is the science. What they feel about it is irrelevant. If a fetus is NOT alive, then there is no reason to offer pre-natal care of any kind. Arguing that a baby is not a living being inside the uterus one day and is alive the next day outside the uterus is just stupid. It’s a psychological crutch meant to assuage guilt.

If you are against capital punishment but are pro-abortion you are insane.

Abortion has nothing to do with women’s health.

Pregnancy is not a disease.

Ever notice that if a woman wants a child, the life in-utero is called a baby? If it is not desired, it is called a fetus.

Abortion should not be used as birth control. Use all the contraceptives you wish. Use a morning after pill. That’s all good as far as I am concerned.

Anyone supporting abortion up to the day of birth is in my opinion not well mentally, and that includes Katie Hobbs. Any doctor terminating babies at birth are, IMO, psychopaths, no different from Dahmer or Gacey. If you can euthanize a baby on the day of its birth, there is no valid reason you should not be free to euthanize a baby the day after, the week after or the year after. That would be the ultimate in freeing women from what many liberals consider to be bondage. Planned Parenthood loves abortion as a revenue stream. It could make a lot more money opening euthanizing centers for children. That’s not really any different from what they do now.

We’re watching society be degraded day by day. Liberals are pushing to normalize mental illness and pedophilia now. Soon it will be bestiality and necrophilia. Some might find that extreme, but how extreme is it to force children to be exposed to male genitalia in drag queen shows, be subject to transgender grooming or have them to learn 57 genders in lieu of a STEM education?

Katie Hobbs, a terrible person unfit for any political office

I’m all for it. The women who actually want to do this should be sterilized. We don’t want these women breeding.

When you make an exception for rape and incest, every unwanted pregnancy will become a result of rape or incest. There are ways to make sure that a woman does not become pregnant when she is raped. The problem is the process. A report has to be made, then medical authorities can make sure that the victim doesn’t become pregnant. The part about making a report is repugnant to liberals.

The Democrat running for governor in Arizona next month said that she doesn’t support any limitations on abortion after Republicans proposed a nationwide ban after 15 weeks.

This was the brilliance of Graham’s proposal; it flushed out the Democrats’ real goal: abortion up to the moment of birth, for any reason, and even beyond. No reasonable limits or restrictions, just death to whatever hinders their lifestyle.

democrats routinely lie about what the limits Republicans seek on abortion.

Democrats always call limitation a “ban”. NO WHERE is abortion banned, only reasonably regulated. Even Roe called for restrictions, but while Democrats worship Roe v Wade, they ignore that reality. Abortion has gone from a rare necessity for some women who simply are not ready, for whatever reason, for a child to a cult they worship and crave. They brag about having abortions now.

I always try to draw out abortion advocates to see if they will admit there is some time before the moment of birth that life actually begins in the womb; they never have the guts to admit this undeniable fact. Apparently, life begins when you get your Social Security number. No doubt, if a child ever were to express a support for America and American values, they would be post-partum aborted, if possible.

-1
Reply
retire05
Reply to  Deplorable Me

One can’t fail to notice how Comrade Greggie is quick to jump on a story expressing why abortion should be the answer to all questions about inconvenient pregnancies. Remember the sensational story about the 10 year old that was impregnated and had to go to another state for an abortion after she was 16 weeks along? Well, paraphrasing what Paul Harvey used to say…where’s the rest of that story?

Seems the girl was not the only one pregnant by the rapist; her mother was also. And the rapist was not only living with the mother, the daughter but other children as well. And, just to make it even more of a story that the left didn’t want to finish reporting, he’s an illegal alien.

Although it was reported the illegal alien was in jail, what about the other children? Were they allowed to stay with their mother although they had been living with a rapist? Was the mother also illegal? Where the other children, or even the 10 year old girl, being trafficed by the rapist? By the mother? Comrade Greggie is totally silent on this case now that it no longer serves as an example of why he supports the death cult.

It cant be just a lifeless clump of cells supposedly the fetus knows its transgender.
Imagine the mental anguish of the unborn child during a misgender reveal party.

Brody: Transgender identity may form in the womb

The way progressives talk, you’d think they’d celebrate IF a black man paid for his girlfriend’s abortion!
Instead, just because he’s not a “progressive,” they try to demonize him for even the allegation of it.

Good Grief, Arizona Democrat Candidate Katie Hobbs is so Bad During Interview, CNN Did Not Provide Replay Video
This is the first time I have watched Ms. Hobbs during a broadcast election interview, and it does not come as a surprise to see CNN not upload the outcome onto their YouTube channel for additional attention and replay. Hobbs is a complete ideological idiot, and I don’t say that lightly. How this woman is even being considered to become a governor is beyond my comprehension.  Seriously, WATCH:

To provide proper context, here is Kari Lake. After this it is obvious why miss teen America 2022 does not want to debate Kari Lake.