America is being destroyed from within.  The Republic is being demolished by the Swamp, the borg of pernicious politicians, entrenched, politicized bureaucrats, media elites and academics who wield environmentalism, equity and inequity as truncheons to obliterate individual freedom, economic opportunity and the rule of law.  The recent episode of hypocrisy on Martha’s Vineyard demonstrates with crystal clarity the universe the elites of the Swamp create as they make laws that apply to peasants but no to the aristocracy.

Columns documenting the machinations of the Swamp are legion, but this is not one of them.  No, this piece is specifically about the destruction of the rule of law that the those elites have unleashed on said peasants, specifically as it relates to violent crime.

This past week New Orleans reclaimed the title of America’s deadliest city after seeing murders jump 141% over the last couple of years.  In New Orleans the murder rate is a staggering 52 per 100,000 people.  That compares to the national average of 6.9, the highest it’s been in a quarter century and the 50 per 100,000 of Venezuela, the most dangerous country in the world.

If New Orleans were an outlier it would be a shame, the fact that it’s not is a tragedy:  New York, Chicago, Portland, LA, San Francisco, Philadelphia and more. Big cities and small, crime is up across the country over the last two years, in most cases, dramatically.

We’ve always had crime in America.  Such is the price of freedom.  But what we are experiencing today is something altogether different.  It’s not just crime.  America can sometimes be a dangerous place.  Everyone knows working the midnight shift at a convenience store carries more risk than working the 9 AM shift at your local library, just as common sense tells you the odds of getting into a fight in a bar on a Saturday night are far higher than they are at church on Sunday morning.

And just to be clear, this is not Antifa thugs and BLM cultists burning down cities.  Protest, even violent protest has been part of American history since its founding and largely is event driven like Shay’s Rebellion, the Vietnam War protests, or the riots after the killing of MLK or the acquittal of the police in the Rodney King video.

No, this is something different.  It’s one thing to rage against the machine, it’s another to commit violence against citizens, particularly when they are unsuspecting innocents or compliant victims.  And this is the issue today and we see it taking place across the county, from urban jungles like New York City to Midwestern communities like Salt Lake City.

What America’s experiencing today is exponentially worse than the typical crime that America is used to, and the truth is, most of it – but far from all of it – is being perpetuated by young black men, although increasingly, by young black women as well.

Violence is being taken not only to a new level in terms of its frequency, but in the application as well.  It’s not taking place in dark corners or deserted parking lots, but rather right in the middle of regular hustle and bustle of American’s daily lives.  It’s taking place in broad daylight, in full view of video cameras – often with others videoing the carnage to share on social media.  Violent crime is taking place on main street USA, in schools, drugstores, fast food restaurants, subway platforms, high end retail stores, and of course homes.

We see large groups of young people blitzing stores and grabbing merchandise off shelves and running out with smiles on their faces.  We see “shoplifters” methodically clear store shelves of merchandise and simply stroll out the door, unconcerned about getting stopped or arrested and often assaulting employees along the way.

What’s more, there’s an element of violence that seems unprecedented in its scale.  Almost daily we see random innocent people on subways or on stairs or in restaurants getting shoved or kicked or punched. We see fast food workers attacked as customers come over or around counters and spark mayhem.  We see bus drivers attacked and shop owners beaten and cops spit on. Indeed we see countless instances where robbers beat or shoot victims even after they have taken whatever they were after.  We also read daily of innocents of all ages killed in the crossfire while sleeping in their beds, standing in a bar or sitting in their cars.

There also seems to be a racial element to this new crime wave with black perpetrators targeting a disproportionate number of white or Asian victims… but make no mistake, the single largest group of victims of this crime wave are black citizens.

The question is, why is all of this this happening?  What is it that has caused an increasing number of black Americans to believe that they can rob and beat and even kill their fellow citizens with impunity? There are no doubt countless contributing factors, from missing fathers to failing schools to social media, but those problems (at least the first two) have existed for quite some time. No, the reason for the sharp jump in violent crime and unhinged behavior on the part of large numbers of primarily young black Americans is the Democrat proposition that everything bad that happens to blacks is a consequence of racism and as such, they’re not responsible for their choices and therefore they should not be held accountable for their actions.

Ronald Reagan once said, “If you want more of something, subsidize it…” and that is exactly what the Democrats have been doing with violent crime.  While they are not yet directly paying criminals to attack their fellow citizens and rob local businesses, they are subsidizing crime nonetheless.

On the one hand George Soros backed Democrat prosecutors from coast to coast are demonstrating their pro criminal empowerment bonafides by refusing to seek bail for most arrestees, refusing to prosecute countless misdemeanors and simultaneously undercharging countless violent crimes as said misdemeanors. While on the other hand you have Democrats effectively decriminalizing an entire swath of crimes or eliminating bail for almost every offense.  Indeed, the lunatics running Illinois have just passed a law that eliminates bail for virtually every offense below 1st degree murder and prohibits police from arresting or removing trespassers caught in the act of burglarizing a home or business.  That means that if someone breaks into your house in the middle of the night and you call the police, if you’re lucky enough given the Democrat “Defund the police movement” that they respond while the trespasser is still there, they are literally not allowed to remove them from your home…

All of this is happening exactly when America’s cultural and political elites are telling young black Americans that the system is rigged against them, that they’re incapable of succeeding when playing by the rules, that most white people hate them and if they break the law there are no consequences to be had.  That is literally a recipe for the collapse of society.

Today in Democrat run America, it’s only the rights of criminals that matter, never the victims… and the fact is that most of the victims of this American renaissance of violence are, in fact, black Americans, the very people Democrats pretend to care about.  Democrats have leveraged the fictions of “systemic racism” and millions of “white supremacists” running around to accumulate power, and Americans of all races are paying the price.  But this is exactly what happens when politicians pursue policies of balkanization and victimization, setting groups of Americans against one another for the purposes of gaining power.  The Democrats thrive, their grifter partners thrive and America’s citizens suffer.

America was founded on the principle that all men were created equal in the eyes of God and in the laws of man. While the execution of those truths have been imperfect from the beginning, it has consistently improved for over 200 years, bringing Americans freedom and prosperity unmatched in human history, and that includes black Americans, who make up fully 8% of American millionaires.  Democrats, in half a generation have undone 200 years of progress and created a violent cage match between demographics in the public square, and the result has been a body blow to civil society, mayhem in cities, and blood on the streets, and most of it black.  But somehow black America continues to vote Democrat in Stalin like numbers. Perhaps they should reconsider…

Democrats — they were slave-owners then, and they are slave-owners now — use Black Americans to pick votes instead of picking cotton. They use them as slaves.

They can change their situation whenever they want to by simply checking a different box on the ballot. That’s not slavery.

They have been brainwashed for over 60 years, a ballot box change would help but to undo what has been done will take as many years.
Its nice to see you admit they need to get rid of democrat socialists by voting them out. 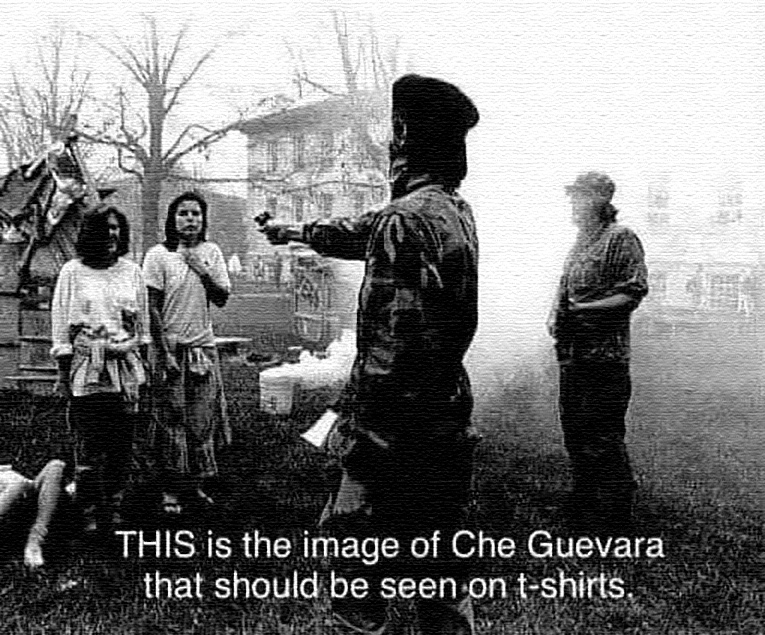 Haha. I baited you like the animal you are.

They can change their situation whenever they want to by simply checking a different box on the ballot.

Thank you for admitting that NOT voting for Democrats is what will “change their situation.”

Democrats have enslaved the minds of the Black Americans for decades. They are their voting cattle.

The cost of non-conformity is intentionally high in the Black Community; white Democrats have seen to that.

They label people as “uncle Toms” or “Black White Supremacists” for not voting for them.

Our current dictator, unelected Joe Biden, infamously spewed his racist hate when he told people “you ain’t black” if they don’t vote for him.

The democrats are still slave masters. Unfortunately too many black Americans have been lied to repeatedly and even worse have been intentionally under educated to keep them from becoming more individually informed.

Much like the democrats of the reconstruction south, they were opposed to former slaves learning to read as it would allow those freed black slavers to think for themselves.

About 6 years ago, we went to Chicago to see my grandson graduate from Navy boot camp. We went walking about downtown Chicago and took one of the “crime tours” they have. The tour visits all the top historical crime sites. The recurring theme is how organized crime operated with cooperation from City Hall and the Chicago Police. NYC had much the same relationship with the Mafia.

The conditions are the same now, except it isn’t organized crime that is the player; it is every petty punk thug that sees the opportunity of a compliant and complicit city government along with the state and federal government. The police, though, are not willing participants, on the take. They are ORDERED to allow crime to continue or shown how pointless it is to put their own lives at risk to bring in a criminal that will simply be released. Democrats and criminals at every level work hand in hand to make the taxpaying citizen’s life dangerous and miserable.

Everyone knew defunding the police would harm low income neighborhoods first and worst. But those who initiated this stupid concept didn’t really care; the one and only concern was to remove local authority and replace it with political commissars.

Probably after the upcoming elections, the power structure in many troubled cities will flip and corrections will be made, but the criminals will continue to test the system. It is an unfortunate and sad fact that it will take many of these criminals getting KILLED to change the culture. That is what this leftist stupidity will leave behind as its legacy.

Malcom X did,nt care too much for Democrats

https://pagesix.com/2022/10/07/sharon-osbourne-agrees-with-kanye-about-scam-black-lives-matter/
Sharon Osbourne wants her money back.
The former “The Talk” co-host agreed with Kanye West about Black Lives Matter being a “scam” when TMZ asked her about the rapper.
“Well, we gave $900,000 to [Black Lives Matter], and I’d like my money back….”