You don’t get to have it all ways, Zuckerberg 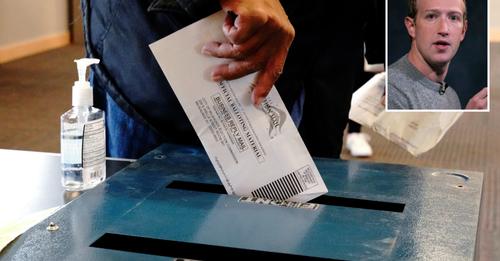 Lord John Acton once said ““Power tends to corrupt and absolute power corrupts absolutely.” I cannot be completely certain, but I think he was referring to Mark Zuckerberg. Money brings power and Zuckerberg has lot and lots of money.

When Facebook was created, it promised to allow free speech. It also had plenty of critics

The problem is that Facebook doesn’t offer free speech; it offers free amplification. No one would much care about anything you posted to Facebook, no matter how false or hateful, if people had to navigate to your particular page to read your rantings, as in the very early days of the site.

Eventually, power does corrupt. Over time, Facebook started cracking down on what it considered to be posts outside of the mysterious “Community Standards.”

Mark Zuckerberg offered a stalwart defense of liberal values on free speech last week, and it’s a sign of our illiberal times that progressives were his biggest critics. A Joe Biden spokesman accused the Facebook CEO of using “the Constitution as a shield for his company’s bottom line,” and pundits on Twitter raged at his refusal to censor ads for Donald Trump.

Mr. Zuckerberg’s offense was standing up for John Mill’s liberal marketplace of ideas that liberals used to stand for. At Georgetown University and in our pages Thursday, he committed Facebook to uphold a wide definition of free expression. This is good news with major implications for how information is distributed in the 21st century if Facebook honors this pledge.

No one outside of Facebook “fact checkers” really knows what they are. Today such murky standards are most often invoked to restrict the posts and opinions of conservatives. 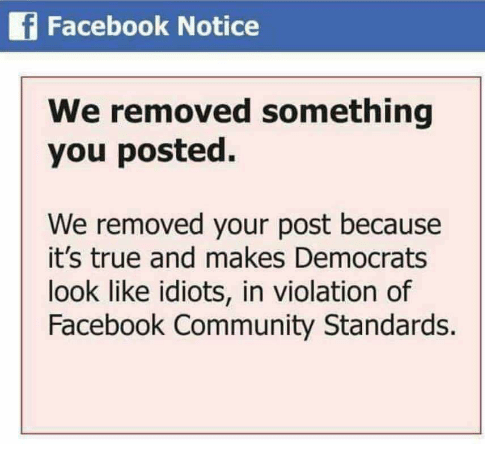 “A lot of people have egg on their face” for dismissing the COVID-19 lab leak theory, tweeted ABC News’ Jonathan Karl this week. “Some things may be true even if Donald Trump said them.”

“Media coverage of [the] lab leak was a debacle,” writes New York magazine’s Jonathan Chait, “and a major source of that failure was Groupthink cultivated on Twitter.”

Such bias is old news these days, and the Internet allows readers to seek other outlets. But one great threat to the free transmission of ideas remains: social media that routinely suppresses free speech. A prime culprit is Mark Zuckerberg’s Facebook, which has become the most effective suppressor of freedom of speech in American history.

That’s something it boasts about. In April 2020, Facebook reports slapping “warnings” on 50 million COVID-19 items and adds that 95 percent of readers don’t seek the original content. It boasts that it “reduces the distribution” of information rated as “false” by its “fact-checkers.”

Facebook purports to rely on international and national health agencies, like the China-dominated World Health Organization and the US’s Centers for Disease Control, with its laughable requirement that summer campers wear masks this year. Its ranks of fact-checkers are undoubtedly tilted toward recent graduates of woke universities attracted to its headquarters in the no-non-lefties-allowed San Francisco Bay area.

Facebook claims to use certain “algorithms” to monitor posts. As each national election nears, Facebook’s algorithms spring into hyper action and vigilance. Here’s where it all goes really wrong. Facebook heavily censored the NY Post’s 2020 story about the Hunter Biden laptop. Many, including me, saw their accounts warned and locked up for a while when posting about it. Zuckerberg blamed the FBI:

“Basically, the background here is the FBI, I think, basically came to us — some folks on our team — and was like, ‘Hey, just so you know, like, you should be on high alert,’” Zuckerberg said on Thursday’s episode of “The Joe Rogan Experience.”

Zuckerberg said the FBI added, “‘We thought that there was a lot of Russian propaganda in the 2016 election. We have it on notice that, basically, there’s about to be some kind of dump that’s similar to that. So just be vigilant.’”

Zuckerberg told Rogan, “We just kind of thought: Hey, look, if the FBI, which I still view is a legitimate institution in this country, it’s a very professional law enforcement — they come to us and tell us that we need to be on guard about something, then I want to take that seriously.”

He says he regrets it.

The tech billionaire and Meta CEO made the stunning claim during a wide-ranging, nearly three-hour interview in which he also admitted to podcaster Joe Rogan that he regretted the move and admitted that “it sucks.”

I don’t buy that for one second. Zuckerberg spent big on the 2020 election. He poured $419 million into select (i.e., democrat) NGO’s to shape the outcome.

A former federal election official on Thursday called the $400 million-plus that Mark Zuckerberg spent to help finance local elections a “carefully orchestrated attempt” to influence the 2020 vote — and recommended that all states ban private funding of election offices.

Hans von Spakovsky, a former Federal Election Commission member, said the billionaire Facebook founder’s donations to a pair of nonprofits that doled out the cash to nearly 2,500 counties in 49 states “violated fundamental principles of equal treatment of voters since it may have led to unequal opportunities to vote in different areas of a state.”

My reaction is that this was a carefully orchestrated attempt to convert official government election offices into get-out-the-vote operations for one political party and to insert political operatives into election offices in order to influence and manipulate the outcome of the election,” said von Spakovsky, a Republican who now runs the Heritage Foundation’s Election Law Reform Initiative.

He added: “All states should ban private funding of government election offices no matter the source.”

The Post’s publication of a report that said Zuckerberg effectively “bought” the 2020 election also sparked outrage from the New York State Republican Party, which retweeted a link to the paper’s front-page coverage.

Zuckerberg can’t have it all ways. He cannot be allowed on one hand to censor conservative voices on his platform yet on the other hand spend half a billion dollars trying to control the results of a national election. The former should stop, the latter has to be stopped.

Almost forgot. This got someone suspended- it was a link to a Daily Caller article. I don’t what the hell this even means. 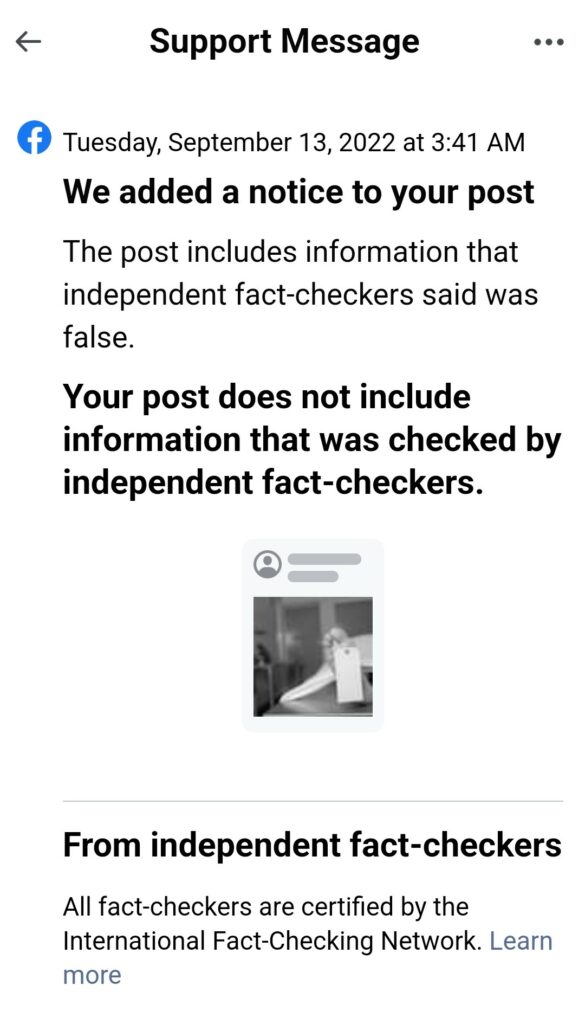 he also admitted to podcaster Joe Rogan that he regretted the move and admitted that “it sucks.”

It’s pretty easy to pretend to “regret” something after the horrific damage (idiot Biden destroying the nation) has been done. Personally, I doubt his sincerity.

When I see a “fact check”, I usually open it up and read it. Usually, it doesn’t address the actual point; all it does is slap a “FALSE” or “Partially True” label on something and hope no one reads their analysis. Someone posted about idiot Biden saying busing would turn our schools into “racial jungles” and got a stack of “fact checks” slapped on it. Reading them, they said, basically, “yeah, he said it. But he didn’t mean it THAT way.”

It’s also strange how it always goes only in one direction. I have recounted before how I tested their “standards”. When the story came out that Lancet had published a false story about hydroxychloroquine, I found and posted the CNN story covering the original article. Did that get a “fact check”? Was it deemed “false” or even “partially false”? Nope. No notice, no attention to it. Leftist lies are permissible, even encouraged since no retribution is possible.

Its all starting to come out in the wash