Some really great candidates you got there, dems 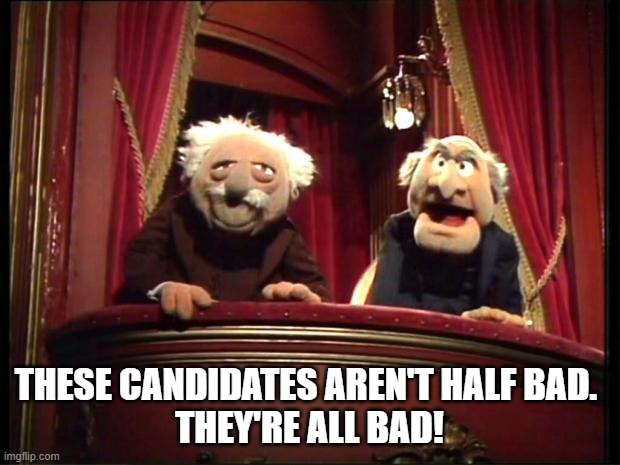 Led by an angry old man, the democrat party is scraping the bottom of the barrel for candidates this fall. Sure, they try to sound intelligent and moderate but they’re pretty much, as Biden might say, the dregs of society. Here’s a nice cross section of these sad choices.

Mandela Barnes is the Lt. Governor of Wisconsin and he is running for the Senate against Ron Johnson. Let’s see what he would bring to the Senate. Firstly, he’s a defundocrat. It pains him to see the police funded.

Mandela Barnes, Democrat nominee for Senate in Wisconsin: "It pains me" to see "larger chunk" of city budgets go toward funding the police pic.twitter.com/k37CSdHbVj

Barnes is an anarchist. Remember those riots in Wisconsin? They resulted in $50 million in damages. Barnes says they weren’t really riots at all.

Weeks after the violent riots of summer 2020, Wisconsin Democrat Senate candidate Mandela Barnes said they weren’t actually “riots” at all:

“It’s frustration. You can’t tell people how to be frustrated…more than damage, destruction, and rebellion, it is frustration.” pic.twitter.com/PRsfTSHSmY

Never you mind about all that damage. People were frustrated. They’re entitled to destroy.

Barnes is a Marxist. He said the founding of this nation was “awful.”

“Things were bad. Things were terrible. The founding of this nation? Awful.” pic.twitter.com/DQj2QlXZe6

This country has more than enough Marxists in the House. It does not need another Marxist to soil the Senate.

Krystle Matthews, from South Carolina.  is a democrat candidate for the US Senate against Tim Scott. She is a racist through and through.

She has been asked by democrats to withdraw from the race and resign, but refuses. She claims that it was “a blatant mischaracterization of what I said in context.”

Patty Murray is running for reelection as Senator from Washington state. She refuses to debate Tiffany Smiley, or even appear in a joint interview. I think I know why.

Murray demanded separate zoom interviews from the local media and they knuckled under to her. In return, Smiley went nuclear on that media.

The @EverettHerald asked the @MurrayCampaign and I to do a joint, in-person debate today.

Like she always does, my opponent refused. Sadly but predictably, the Herald caved to Murray’s demands for separate Zoom interviews.

Watch what happened next: pic.twitter.com/zUfaMFjEUm

democrat Katie Hobbs us running for Governor in the state of Arizona against Kari Lake. She refuses to debate Lake.

“Is there any scenario in which Secretary Hobbs will share the stage with Mrs. Lake?”

“I don’t think it’s a hypothetical question. Is there any scenario where she will share the stage?”

Again, I understand why. Lake would demolish Hobbs in a debate.

Karen Bass is currently a House democrat from South LA

She is running for Mayor of Los Angeles. Recently her home was allegedly burglarized by two white supremacists named Juan Espinoza and Patricio Munoz. Oddly, they took only the guns and not any cash or valuables. It’s all very curious.

John Fetterman is a Pennsylvania democrat running for the US Senate. He firmly believes in emptying the prisons. He says that won’t endanger anyone despite denying it. Having suffered a stroke earlier this year, Fetterman is not well.

He won’t debate his opponent, Mehmet Oz, because he would do poorly consequent to his disability.

Tim Ryan, Ohio democrat running for reelection to the US Senate, is a beauty. He said Republicans should be confronted and killed. He also says he’s bipartisan. Crazie Mazie Hirono only called for violence against Republicans.

Were I the GOP, I’d be focusing on these characters. They’re very appealing.

They are beyond bad.
I guess that’s why they are trying mightily to remove Republicans from the ballots.
The only way they can win is if they are unopposed.

Democrats just vote for the “d” (which could mean numerous things). They don’t care about competency, credibility, honesty or mental health, they just want a Democrat. Idiot Biden getting even ONE vote (much less the 30 million he really got) proves this.

They also all seem to follow idiot Biden’s pattern of hiding from the public so as to not reinforce why they should NOT be voted for.

Basically, a good rule of thumb is to not vote for ANY Democrat unless they openly disavow and denounce the entire Democrat agenda.

They want to incite the Right to violence. I hope no one falls for it.