The FBI must be defunded and dismantled 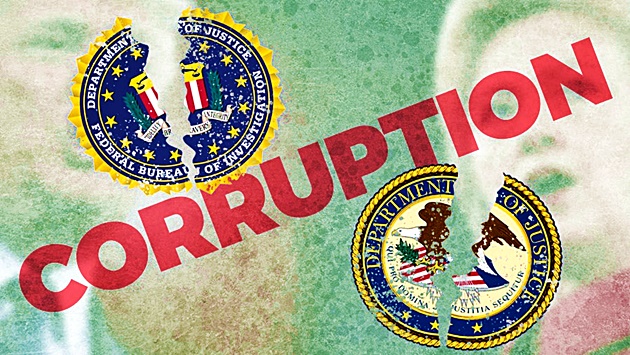 The FBI was at one time thought to be the premier law enforcement agency in the world. Sadly, it has become nothing more than a shield for the democrat party. It became egregious in 2016

We learned that in the final days of the 2016 presidential race, when the Clinton campaign came up with the Steele dossier, a collection of sensational and unsupported allegations about Trump and Russia, the FBI used the dossier to win approval to wiretap Carter Page, a low-level former Trump campaign adviser. Then we learned that also in 2016, the FBI used a confidential informant, a professor named Stefan Halper, to spy on Page and George Papadopoulos, another low-level Trump adviser. Then we learned that in 2016, the FBI sent an undercover agent — a woman who used the alias Azra Turk — to secretly record conversations with Papadopoulos.

The spying began in early 2016 as a robust opposition research tactic of the Hillary Clinton campaign and transformed into an “insurance policy” to handicap the Trump Administration after his unpredictable victory.

Clinesmith was so intent on spying on Carter Page, an unpaid advisor to the Trump campaign, that he lied to the secret FISA court and doctored an official document to misrepresent that Page had not cooperated with the CIA in past investigations involving Russian espionage.

DOJ Inspector General Michael Horowitz released a report in December 2019 that criticized the Justice Department and the FBI for at least 17 “significant errors and omissions” related to the FISA surveillance of former Trump campaign associate Carter Page, who was never charged with a crime and denied any wrongdoing, as well as the heavy reliance on British ex-spy Christopher Steele’s discredited Democratic-funded dossier to obtain the wiretap authority.

The FBI let Hillary Clinton walk despite agreeing that she had handled classified materials “recklessly.”

FBI agent Bill Preistapp opened Crossfire Hurricane without a predicate and put an openly anti-Trump hostile Peter Strzok in charge of it.

The FBI obtained Hunter Biden’s diary in 2019. They sat on it all through the 2020 election. The FBI colluded with Facebook to smother the Hunter Biden laptop truth. It fed lies to Facebook but it wants nothing to do with that.

The FBI on Friday did not deny it warned Facebook of the imminent “dump” of “Russian propaganda” before the story of Hunter Biden’s laptop broke in the 2020 election cycle.

The agency did, however, try and distance itself from the Facebook actions the bureau fueled. NBC News reported the FBI admitted the bureau did provide “companies with ‘foreign threat indicators’ to help protect their platforms and customers, but that it ‘cannot ask, or direct, companies to take action on information received.’”

I was twice suspended by Facebook for posting articles about the laptop.

And then we have SSA Timothy Thibault

The Justice Department’s watchdog said an FBI official handling sensitive criminal cases in the nation’s capital may have violated the law due to his partisan social media posts, many of which criticized then-President Donald Trump and then-Attorney General William Barr.

DOJ Inspector General Michael Horowitz revealed that Timothy Thibault, the FBI assistant special agent in charge at the Washington Field Office, may have broken the Hatch Act, an inconsistently enforced 1939 law that precludes most executive branch federal employees from engaging in electioneering and political activity.

The FBI put him in charge of the Trump raid. For a thorough analysis of how bad he is, go here. For instance

4. Gone unnoticed thus far is that the #whistleblowers reported Thibault and another official were “deeply involved” in initiating the “false-electors scheme” probe that @washingtonpost reported in the article linked above. pic.twitter.com/dBhOOMafEU

And then there’s Brian Auten, another member of the Washington Field Office

In addition, a key member of the Crossfire team – Supervisory Intelligence Analyst Brian Auten – has continued to be involved in politically sensitive investigations, including the ongoing federal probe of potentially incriminating content found on the abandoned laptop of President Biden’s son Hunter Biden, according to recent correspondence between the Senate Judiciary Committee and FBI Director Christopher Wray. FBI whistleblowers have alleged that Auten tried to falsely discredit derogatory evidence against Hunter Biden during the 2020 campaign by labeling it Russian “disinformation,” an assessment that caused investigative activity to cease.

Hunter Biden lied on his gun permit application. He is alleged to have been seen naked with underage young women on his laptop. Hunter Biden is an easy target for extortion and risk to national security. The FBI has no interest.

The FBI tipped the scales of the 2020 election. Despite that, the FBI refuses to answer for anything. Wray won’t act to undo the systemic corruption present in his agency. It is past time to defund and dismantle the agency and start over. It must not remain a weaponized arm of the DNC. 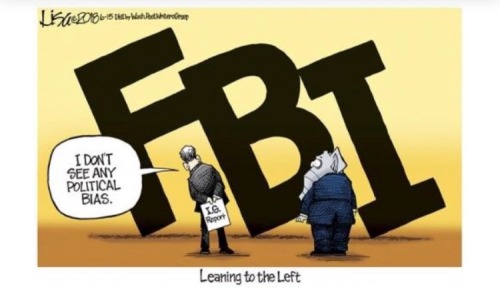 Unlike with the laptop, the FBI didn’t hesitate to leak and spread the false allegations they KNEW were false about “Russian collusion”. Funny how those things always seem to flow in only ONE direction.

The FBI on Friday did not deny it warned Facebook of the imminent “dump” of “Russian propaganda” before the story of Hunter Biden’s laptop broke in the 2020 election cycle.

Odd how they determined it was “Russian disinformation”. They forbade agents from examining it and eventually determined it actually WAS legitimate and authentic. Did they lie about their belief in the origin or were they so incompetent they didn’t know the difference? Either way, they PUT a goddamn CCP asset in the White House. Somehow, they thought that was better than a President that put American FIRST, ahead of all other considerations. That’s what idiot Biden considers radical and “semi-fascist”.

Never answer any question from any law enforcement agency … resist and then destroy them all .

After years of encouraging people to defund and resist the police, Democrats now are using this outrage with the FBI’s fascistic behavior as a J6th-style false flag.

They are intentionally conflating the FBI with law-enforcement, so they can say it’s “Republicans” who hate the police…after Democrats LITERALLY attacked police, defunded them, and killed people due to lack of law enforcement. As always, they seek to flip the script and accuse the Right of doing what they just did, on camera.

Which is why you’re probably posting. To see what people say.

The FBI is fine if they don’t rig elections, invent false charges, and decide who our presidents are over the will and the vote of the American people.

The dumbest false narrative about January 6th? That "if only Donald Trump had gone on TV earlier to tell them to stop" Check the video – not one of the protestors was carrying a TV set. No one in the Capitol had any way of seeing anything on TV. Next time, have proper security!

@Curt
Their entire argument of the responsibility for January 6th is based on stupidity.

The founders saw no need for such an institution, the limitless power of the DOJ with no restraints. I see Congress and Senate and executive, and I see military. I also dont see IRS nor the other endless alphabet agencies that put the Country into massive debt, hurry spend it or they will cut your budget. Could the FDA use its allotment to actually test the drugs that later we see in attorneys commercials call 1-800-bad drug? Well no they will just name cancer as a side effect, then its all ok. The FBI busted rigging FISA warrants, well it was simply a mistake? What happened to the “viva la resistance” leave out Carter Page was a CIA asset attorney at the DOJ?
A federal judge on Friday sentenced former FBI lawyer Kevin Clinesmith to a year of probation and 400 hours of community service. From a January piece in Washington Times.

The FBI and the ATF isn’t needed. All States have their own premier law enforcement arm/

Removing the FBI is playing into the communist manifesto…

Don’t be dependent upon federal actors.

1) Require federal agents be escorted by state and/or local police while engaging in activities within their jurisdiction(s). At least while performing searches & arrests. How can the agency depending on the “nothing to fear, nothing to hide” fallacy object to additional oversight?

2) Require federal agents from ANY branch to register with state authorities in order to carry a firearm in the line of duty, and notify local authorities prior to departing for their locale. No interference with their second amendment rights as it’s purely a limit on their voluntary employment choice to engage as an armed agent of the federal government, rather than wholesale upon any individual.

4) Mandate state-sponsored personal liability insurance for all federal agents who enter that state in any capacity, including airspace. Give profits to citizens as state-level tax-breaks/refunds. Egregious fines for failing to register/maintain current state-level policy with county/city authorities.

5) Tax ALL federally-owned aerial devices operating between 0-500ft AGL (it’s not federal airspace) for EVERY use and SEVERELY penalize INDIVIDUAL OPERATORS for failure to report/pay said taxes.

6) Petition for federal-tax sanctuary laws that only become active automatically, without state-level audits of the IRS (meaning no court-challenge until the ban on taxation begins, as there would be no injured party which could appeal before a court for remediation; that was the explanation for not examining claims of election fraud). The feds are just going to illegally give the money away anyway, so why bother giving it to them?

There’s no need for federal change, petition your state and local representatives. It’s time for elected officials to take a stand.

None of this works without leadership.

@Greg
Note he mentioned preserving individual freedoms, not trampling those of political opponents, the 2nd Amendment, honest elections, medical freedom, heavy taxation, socialism or any of the other tenets of the Democrat party.