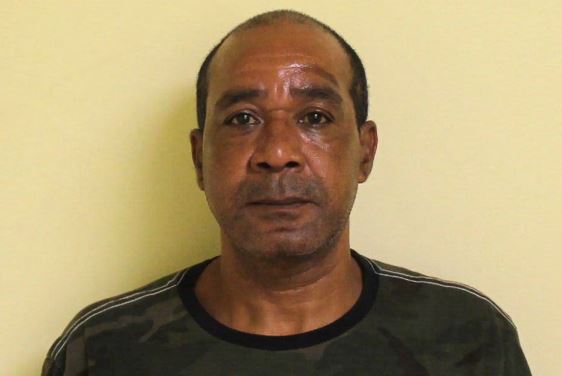 Today America lies in a coma in Jacobi Medical Center fighting for its life. Democrats put her there.

Jesus Cortez was sucker punched by lifetime criminal Van Phu Bui outside of a Bronx restaurant in a completely unprovoked attack.

He is the democrat party.

To say Bui is dangerous is a gross understatement.

Police then arrested Van Phu Bui, a 55-year-old on probation, and charged him with attempted murder, police said.

Bui was convicted of first-degree sexual abuse in the Bronx in 1995 and sentenced to six years of life imprisonment, according to state records. He was paroled in 2019 and is now on state records as a Level 3 sex offender — the most serious designation — for sexually abusing the 17-year-old girl in 1994.

His record of sexual assault is here. He confessed his crime to his parole officer.

Bui was arrested with a charge of attempted murder, but the Bronx DA’s office inexplicably chose to reduce his charges to assault and harassment, which are both misdemeanors and not subject to bail and he was cut loose.

Lifetime probation, a history of sexual assault, a level 3 sex offender and they cut him loose.

Contrast that treatment to that of Jose Alba. Alba was a bodega worker in Hamilton Heights when he was attacked by Austin Simon. In defense he stabbed Simon, who later died. Alba was stabbed by Austin’s girlfriend in the attack.

Alba was charged with murder and sent to Riker’s by Manhattan DA Alvin Bragg, who demanded $500,000 bail but was granted $250,000 bail. It might as well have been a billion dollars for Alba, who couldn’t afford any of it. Community uproar finally resulted in Alba seeing his charges dropped and he returned to his home in the Dominican Republic. These two cases exemplify democrat rule in this country and everything that’s wrong about it.

The innocent are destroyed and criminals are a protected class. Vote democrat and this will never end.

** NY Gov. Kathy Hochul ordered Bui rearrested but it was her stupid bail laws that allowed it in the first place. And then there’s an election coming up against Lee Zeldin. Otherwise, Bui would still be free to crack another skull or violate another little girl.

No bail, no consequences, 2 tiered system, defund the police, attack the police, lie about the police, prosecute the police. Then disarm the people, no self defense, attack castle and stand your ground.
Hell just ship MS 13 everywhere fly them by night and dump them. When the border states bus the same cry, but dont cry about the feds doing it.
Its an upside down clown world. Honk Honk.

All the democrats propose is disarm us all while Biden the Worst arms the IRS(Internal Robbery Service) and opens the south border to new Democrat Voters and Supporters Biden like Clinton and Obama is a Traitor as well as being a Liberal Democrat supported by a leftists propaganda we once called the M.S. Media

How vital and important are the Democrats’ lazy-ass crime policies to society? Well, every time there is public uproar (aka “we might lose some votes”), they can arbitrarily violate and ignore their own policies to do what is, actually, the RIGHT thing they should have done from the beginning. But, they aren’t smart enough or concerned enough about the public to change their proven stupid policies and go back to treating criminals like criminals instead of guaranteed supporters.

A victim of crime may or may not vote Democrats, but EVERY criminal will; Democrats keep them in business.

Democrats are the party of decline and death, whether by war, law, drugs, abortion or physical street violence.

[…] Flopping Aces has the Sunday Funnies. And the Voting Democrat equals fractured skull. […]

So, an easy bail policy is allowed BUT the gov can make herself look like a hero (too late for this victim) by being the one to put the perp behind bars.
Soros’ DA’s and Atty Gens are all for a lax policy that puts about 1/3rd of people in prison loose.
Question:
Who is paying the top flight law team who are defending that illegal alien who raped and impregnated a little girl when she was just 9.
She was the poster girl for the abortion rights people as she (needlessly, as it turned out) crossed state lines to get an abortion.
Who is covering that illegal’s bills?