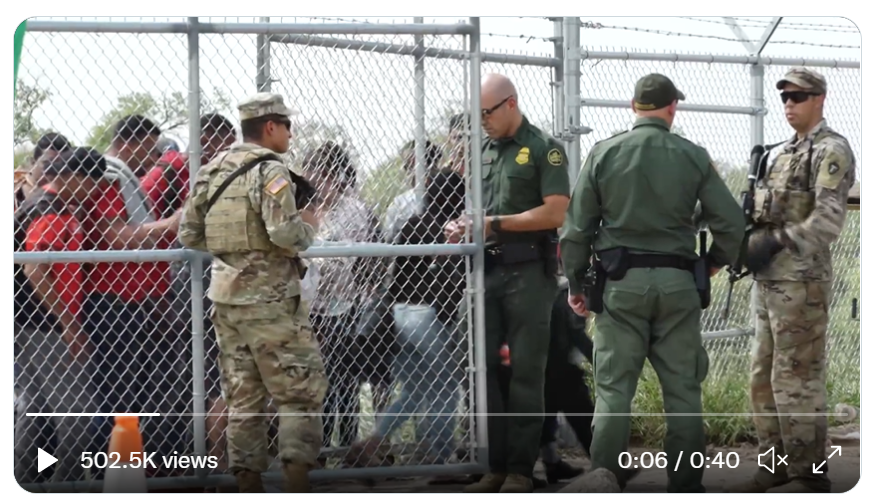 According to a source within U.S. Customs and Border Protection, a recent email addressed to all CBP personnel from Commissioner Chris Magnus warns of potential violence directed at law enforcement due to the “false perception that the U.S. Government in not working to maintain security along the US-Mexico border.”

Breitbart Texas reviewed the email circulated to all Border Patrol Agents and CBP staff. Magnus further states the “false perception” that the federal government is not working to maintain security along the border is fueling the potential for domestic extremist violence.

Some domestic violent extremists have expressed grievances related to their perception that the U.S. government is unwilling or unable to secure the U.S.-Mexico border and have called for violence to stem the flow of undocumented migrants to the United States. We assess that there is increased risk of domestic violent extremists using changes in border security-related policies and/or enforcement mechanisms to justify violence against individuals, such as minorities and law enforcement officials involved in the enforcement of border security.

Yeah, about that. They’re not doing their jobs. They’re doing the work of the mules, human traffickers and drug cartels

This was the moment Border Patrol arrived with the key and let the migrants in. The landowner allows both TX DPS/National Guard and Border Patrol to work here. The gate has always been left open in the past. TX is now closing it, & migrants have to wait for BP to be let in. pic.twitter.com/AR4S9Vn3qH

Apparently allowing illegals to flood the country is the new CBP job.

Biden has allowed an army of 2 million illegals to invade the country in 2021 with the total number thought to be 2.4 million. 90% of them never show up for hearings.

Biden will flood the country with millions of illegals and then promise them amnesty and citizenship if they promise to vote democrat. That’s the plan.

We are so screwed.

What are the officers supposed to do? I’m sure they are ORDERED to allow all illegal immigrants into the country. Too bad the National Guard didn’t contest the Border Patrol’s authority over the Guard. I don’t know how that would play out, but something needs to happen to stop this insanity.

At least Abbott sending the wetbacks to NYC and DC is drawing a little bit of national attention to the issue.

You know, when you watch that video, it’s like a representation of the turning over of the government from Trump to idiot Biden. The National Guard represents the Trump administration that has the border secured and blocking illegal immigrants from illegally entering the country. The Border Patrol represents the idiot Biden regime walking up and opening up the secure border, inviting the illegal immigrants in, criminals, drugs, sickness and all. The facts couldn’t get more explicit.