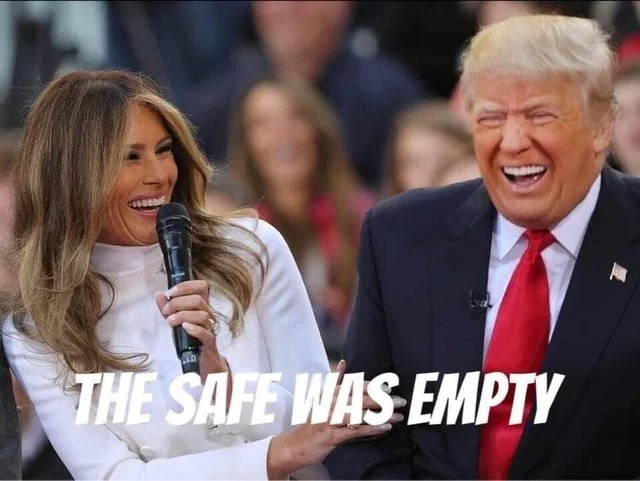 The FBI learned nothing from that fiasco.  In 2022, the FBI used the exact same playbook and executed an early morning raid on the Mar-a-Lago home of ex-president of the United States, Donald Trump. Trump did not answer the door because he has been staying in New Jersey for the past three months.  The FBI knew that he was gone and thus avoided a potential deadly gun battle with Trump’s battle hardened and loyal body guards.  That would have been an interesting turn of events but alas, the sneaky FBI waited for Mar-a-Lago to go dark and then launched Operation:  FIND ANYTHING RADICAL ON TRUMP (FART).  With visions of D-Day dancing in their heads, thirty armed FBI agents stormed the property.  Casualties were light and resistance was mimimal except the hard working dude mowing the lawn who wondered when the U.S. turned into a banana republic.

The Deep State really, really hates Trump with a vengeance. They are absolutely terrified that Donald will return in 2024 to finish what he started.  Trump is stronger, wiser and loves America.  He needs four more years to complete his quest of draining the swamp, purging all of the repulsive, corrupt, rancid, occupants and restoring our nation as the leader of the free world.

The FBI considered Operation FART a smashing success.  Apparently, Trump removed the tags from numerous mattresses which were immediately confiscated by the FBI for further analysis. The contents of Trump’s safe produced a treasure trove of incriminating artifacts.  Numerous packets of barbeque sauce, a LETS GO BRANDON t-shirt and a CD of Hillary’s concession speech in 2016 were tagged and bagged.

FBI agents spent 9 hours searching Trump’s home, including Melania’s closet in her bedroom and rooted through her underwear drawers, seeking incriminating evidence. Rummaging through Melania’s panties elated liberals but incensed millions of Americans who love the Trump family and loathe how the FBI has been politically weaponized.  It was just another debacle for the once admired and previously respected premier law enforcement agency.

This latest fiasco humiliated Trump’s family and disgraced all of the courageous and dedicated special agents who served with honor at the FBI.  Those past warriors for justice forged the FBI into a magnificent tool dedicated to maintain law and order. They are now mortified to watch the FBI rot from the top and become an object of ridicule by God fearing, Bible reading, Americans across the land.

Biden said that he wasn’t aware of the raid on Mar-a-Lago.  Joe is probably telling the truth for once in his political career.  Joe doesn’t even know he’s the president most of the time time.  He wanders around the White House in a confused state, wearing aviator glasses and fantasizing that he’s Maverick in the movie Top Gun. Immediately after the raid on Trump’s home, Joe and his family jumped on Air Force One and skedaddled to Kiowa Island, South Carolina.  Joe and Jill deserve a vacation to rest from their last vacation.  Biden can eat ice cream (no brain freeze there) and avoid admitting that someone else ordered Operation FART. Joe was never in the loop and staff members were probably explicitly warned, DON’T TELL THE BIG GUY!

The order to invade Mar-a-Lago definitely came from the White House.  On September 11, 2012, someone in the White House ordered a “stand down order” in Benghazi.  We will never know the identity of the coward behind the curtain who issued that “stand down order” or the dude who approved the Mar-a-Lago raid. Ironically, it could be the same person.

Looks like there’s a report claiming a Secret Service agent was an inside source.

Maybe they only gave 10% of the information about the upcoming raid to “the Big Guy”. That is, after all, his standard cut for sitting on his ass and doing nothing.