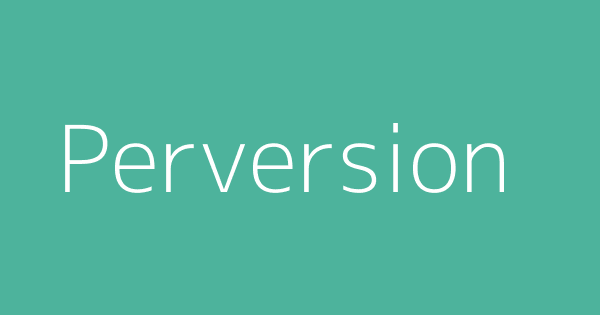 It’s no mistake that with the advent of the Biden regime the country is being immersed in demands for acceptance for heretofore unacceptable behaviors and beliefs. Led by the democrat party, the left is determined to break down society. We’re bigots if we think strange men being naked with young girls in showers is wrong. We’re bigots if we object to transexual groomers who want to pray on children. We’re bigots if we do not believe biologic males should compete in biologic women’s sports. Pedophilia is being mainstreamed and you can expect that to be followed by bestiality and then necrophilia.

The left tells us that we don’t care about women’s rights when they cannot define what a woman is. Truth is, they are erasing women from existence with such idiocy as the assertion that a man can give birth. They are erasing women when they allow trans women to dominate women’s sports and replace biologic women’s accomplishments with the names of trans women. They erase women when they cannot even define “woman.”

The demands for acceptance are becoming outrageous. There was a time that a woman only needed to say that she is “uncomfortable” to prevent sexual harassment in the workplace. Now being uncomfortable is bigoted.

A Maryland public school district’s “Gender Identity” guidelines calls for students who feel uncomfortable sharing a locker room with trans peers to be sent to counselinghttps://t.co/hudK1rFWti

“Nazi scum off our streets!”

Far-left protesters in Brighton, England gathered to oppose a small group protesting a Drag Queen Story Hour event for children at the Jubilee Library on Thursday. The City Council says it supports event because of diversity.pic.twitter.com/2a8eutU79j

An 80 year old grandma is banned from a YMCA because she objected to adult men being naked with young naked girls.

Female college age competitive swimmers are forced to change clothes with “women” with penises no matter how discomforted they are. Biologic women’s rights are subjugated to artificial women.

Families are fleeing Pennsylvania because boys are being “encouraged” to wear dresses during Pride Month.

This is a teacher… pic.twitter.com/AisGRR62cb

Want proof of grooming? Have a look but don’t tell the parents!

Second graders could easily be convinced to identify as goats. Here is more grooming in action.

You kids must pledge allegiance to the LGBTQ flag!

I am left to wonder if you don’t pledge allegiance to the LGBTQ flag how much that affects your grades.

Use my proper pronouns or be damned

They want to change policy to force others to gender them correctly or face consequences for misgendering pic.twitter.com/th5tiNiBLY

What I have learned in the last 18 months is just how infiltrated the profession of teaching is with perversion.

This thing wants all kids to transition because he did.

Biden Assistant Secretary for Health Rachel Levine: We need to “empower” KIDS to go on puberty blockers and get sex reassignment surgery. pic.twitter.com/CRPRaFYtzK

Get them early! They tell us now that babies can be transgender

A now-infamous LGBT NGO has been left scrambling to clarify one of its tweets claiming that babies can identify as being “trans”.

This thing will send you a picture of her excised breast.

TikToker laughs about dming photos to TERFS of “their” detached breasts from “their” double mastectomy pic.twitter.com/DRdMfo3LY0

Now for a wee bit of sanity

A federal judge has blocked a directive from President Joe Biden’s administration that allowed transgender workers and students to use school restrooms matching their gender identities.

Ever wonder why is all this upon us all at once and with such fervor? IMO it’s because pretty much all democrats are perverted and are closet pedophiles.

They want your children and it start from the top down. And speaking of that pervert, Biden threatened to hold school lunch money hostage to teaching kids to be transgender.

As Breitbart News reported, the U.S. Department of Agriculture (USDA) last month announced in order for schools to receive funds for student lunches, breakfasts, and other food items, they must comply with its interpretation of the ban on discrimination based on sex in Title IX of the Education Amendments of 1972 and other food-related programs, which includes sexual orientation and gender identity.

So who’s really running the show? I think you know. First let me remind you. Remember this?

“We’re five days away from the fundamental transformation of the United States.”

To mark @BarackObama’s birthday, the @ObamaFoundation created a special book full of letters from over 150 Obama campaign and Administration alumni who reflected on their transformational journey with him and how they are carrying the baton of change forward today. 💙 pic.twitter.com/CClkEE8K7r

” their transformational journey with him” 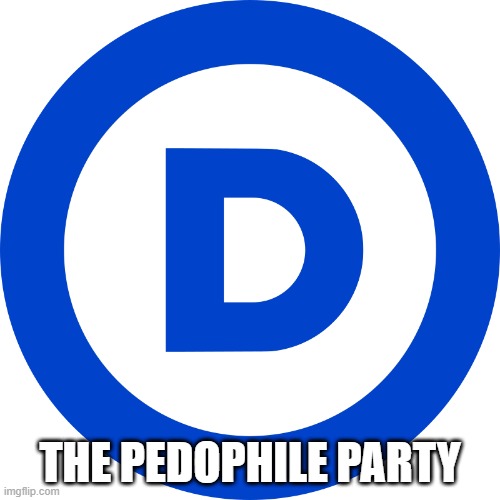 Obama is the most underachieving, ineffective President in my life time.

He was installed, and he was to be some Leftist version of a Reagan.

Luckily his “fundamental transformation” only affected about a third of the population, who is now being called out for their violent Atheism and utterly absurd notions of sexuality.

A peaceful divorce is needed. We should let these fools go fail on their own.

Gay leads to pedophilia. It’s not an opinion. It’s factually demonstrated in our society now.

Repealing gay marriage should be a social issue priority for all Americans.

Our women are simply out of control, and their faithful beta-cucks continue to enable it.

The NYT says Pizzagate was debunked…oh really? Elite pedophiles and their symbols and code words have been debunked?
Lets look at a woman who catered to elites perversions and was sent to prison, they have her client list under lock and key. The FBI has all the security footage under lock and key, not one of her powerful and rich customers has had to answer for their “purchases” Canada had its Epstien, France, hollywood, and a grand pervert was given knighthood in the UK. Its a cult and they are attempting to normalize this abomination, look at the law just passed in Californication.
https://www.breitbart.com/politics/2020/09/13/gov-gavin-newsom-signs-bill-reducing-penalties-for-sodomy-with-minors/
Newsom is a relative of Pelosi, Pelosis son cavorted with Hunter as seen on the laptop from hell.

Ever since Code Pink visited Gaza (to try to break the blockade allowing weapons into Gaza for use against Israel) the Left has been adopting more and more of Islam’s mores and morals and tactics.
Islam claims about one BILLION adherants.

In Islam a man may marry a prepubescent girl and even divorce her before she’s begun menstrating.
Men may have sex with other males AS LONG as those males are prepubescent.
Men may have sex with animals, too, as long as they kill the animal afterwards and SELL the meat rather than feed it to their own household.
Men may have multiple partners, including wives, temporary wives, sex slaves and children.
ALL of this is what the modern, secular Left is attempting to normalize.

Yep. The only thing the Leftherd rejects from Islam is the existence of Allah. They both also share deep-seated hypocrisies at the cores of their belief systems.

Wind the clock backwards 40 years, 60 years, 100 years, and posit any of the outrages above, and what do the “normal” people in any small town do, if their elected leaders and Sheriff /law enforcement did nothing about it? Well, first, the man naked amongst the town’s little girls dies, and is buried in an unmarked grave. Not tarred and feathered, not run out of town, he dies. The elected officials and LEO’s who did nothing, are out of a job AND run out of town the same day. That’s what a moral and law abiding people do.

These outrages will continue until they cannot, until they are stopped by force. Who will do it and when? I don’t know, but all it takes is one event, say, some man naked in a room by himself with MY granddaughter, to wind that clock back. Or, perhaps, some unconstitutional action by a partisan DOJ/FBI arresting MY son, son-in-law, daughter, etc., on false charges, or should I say, attempting such arrest. It WILL become personal for me, for you, for others, and then all hell will break lose. Because when it comes to home and family, I don’t play by the Democrat’s rules. The clock winds back a 100 years, and it’s just me against their perverts, and their bought LEO’s. We KNOW that there is no Constitutional justice or Bill of Rights for us normals. The Democrats have proven that all of that is already gone. Responding “lawfully”, playing by their partisan rules, will gain us nothing and lose us everything.

It will all stop soon, guaranteed, because it won’t just be me standing up, or you, or the guy down the street. It’ll be all of us, and the Democrats and their bought justice lawyers and law dogs, won’t have a f**king idea how to respond to that.

Is this some sort of surprise? Idiot Biden is a pervert, his daughter is a pervert (thanks to him), his son is a MASSIVE pervert, Bill Clinton is a pervert, Hillary is a pervert, Schiff is a pervert… the vast majority of the left are perverts. Making perversion mainstream allows them to operate in the light of day.