Want softer treatment in prison? Going trans may be for you. 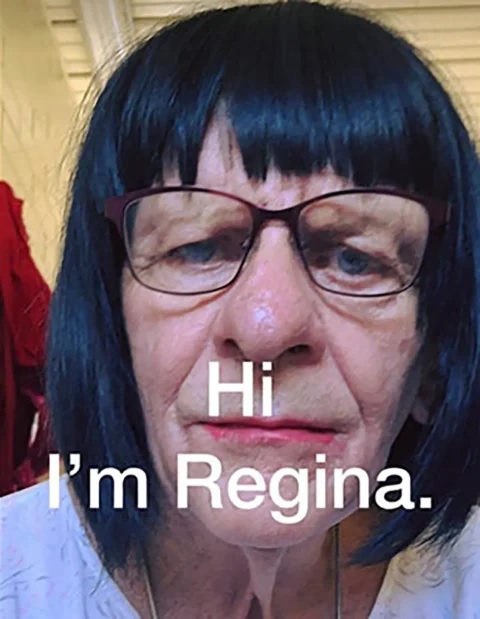 In 1963, Marcelin was arrested for shooting his then-girlfriend Jacqueline Bonds three times inside their Manhattan apartmet. He was sentenced to 20 years to life and was paroled in 1984. After his release, he went on to stab another female sexual partner to death, stuffing her corpse in a garbage bag and then dumping it on the street near Central Park.

He declared himself a lesbian and was transferred to the women’s facility in Riker’s Island.

A notorious Australian serial killer has begun a new life in which she identifies as a transgender woman, it was revealed Wednesday.

Reginald “Tex” Arthurell, 74, now goes by the name Regina Kaye and was photographed wearing women’s wigs in the first images to emerge of the convicted killer after she was sprung from prison in November, News.com.au reported.

Arthurell — who was convicted of murdering her fiancée while out on parole for two other killings — currently lives in western Sydney and has said she plans to undergo a sex change as soon as possible, the outlet reported.

She posted the photos of herself to a transgender community friendship page in which she wore three different colored wigs, including one in a dark brown bob which included the message, “Hi, I’m Regina,” the New Zealand Herald reported.

The all-time champion of using gender fluidity to your advantage has to be Bradley/Chelsea Manning. Manning was convicted of leaking US intelligence secrets in a major breach.

Bradley Manning was sentenced to 35 years in prison on Wednesday, after being convicted of espionage and other crimes related to the biggest intelligence breach in U.S. history.

The U.S. government had asked for “no less than 60 years” in prison for the 25-year-old Manning, along with a demotion in rank and a $100,000 fine, for passing classified documents to Wikileaks.

What’s a guy do when facing that time? One could try switching genders.

After Bradley Manning was sentenced to 35 years in prison for sending classified military documents to WikiLeaks, he announced he wants to begin hormone therapy as soon as possible to transition into a woman named Chelsea.

And by golly, it worked.

President Obama has commuted the sentence of Chelsea Manning, the former Army intelligence analyst who is serving 35 years for giving classified information to WikiLeaks, the White House announced Tuesday.

4 years for one of the worst breaches in US history.

Why don’t they just identify as someone who didn’t commit the crime? The left promotes mental illness.

Plover: you can’t be serious! Multiple conservatives who did nothing are or have spent time in the big house. Conrad Black comes to mind. Wether you commit a crime or not means nothing to a Democrat.