Forget January 6. This was a much larger crime 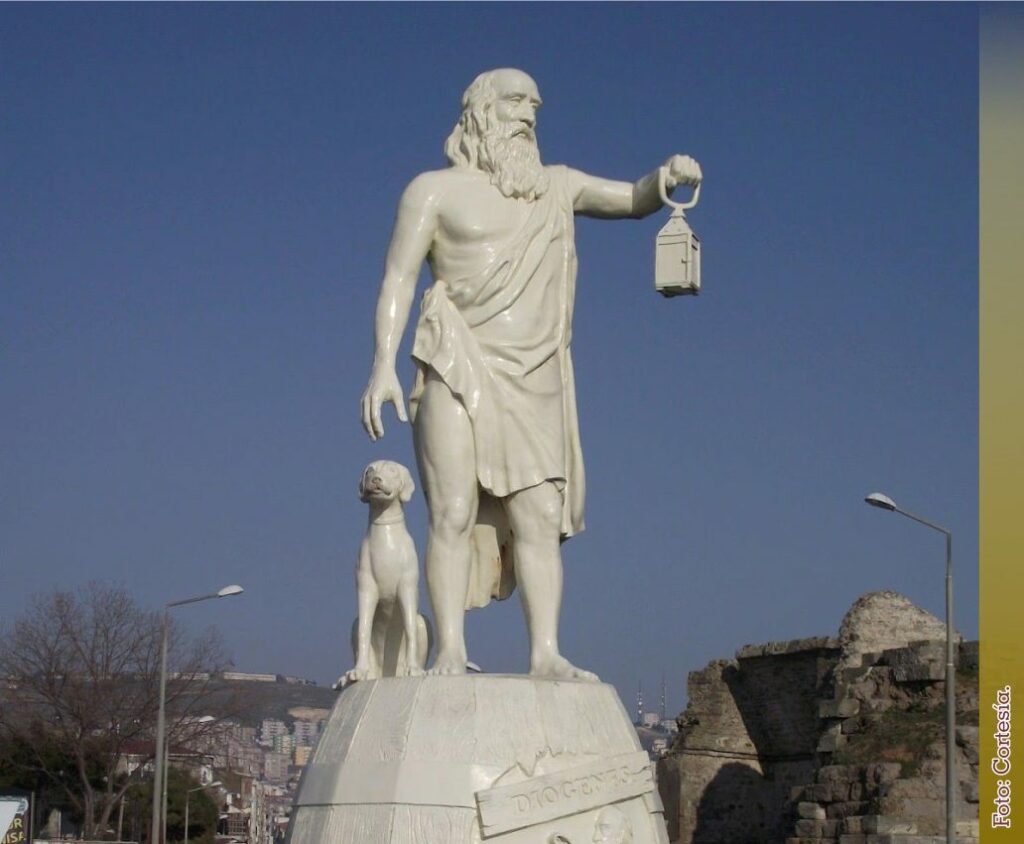 As you well know, claims of widespread election fraud in 2020 still persist and there are questions that need to be answered. There were a lot of irregularities. What was with the water main break in Georgia? Vote counting in some places was halted for a while. The vote in Georgia was paid for with Zuckerbucks. A number of key states did not require signature matching verification for mail-in ballots.

There was great criticism of Dinesh D’Souza’s movie “2000 Mules”, except that it wasn’t just criticized; it was utterly smothered. It was attacked and dismissed by Reuters and FactCheck.org. Reuters in particular was quick to discredit geotracking, which was good enough for the FBI to hunt down anyone near the Capitol on Jan 6. The left was anxious to kill the baby in the crib before the story could gain a proper audience.

I do think there is more to be learned here but there’s something else to consider. The same people who scream back the loudest at claims of election hijinks have something in common.

I’ve been ‘disappeared’ by Twitter, along with the vaccine-injured

New York Times columnist Paul Krugman recently claimed that Democrats “never” questioned President Trump’s legitimacy. And that, RealClearPolitics’ Carl M. Cannon snarks, is what happens to a Nobelist brain high on “hyper-partisanship.” In fact, “millions of Democrats” spent the past four years questioning “Trump’s legitimacy, as did numerous anti-Trump pundits and Obama-era US intelligence-community officials.” From the late Rep. John Lewis in 2017 (“I don’t see this president-elect as a legitimate president”) to Hillary Clinton in 2019 (Trump “knows he’s an illegitimate president”), denying Trump’s right to occupy the White House was a Democratic obsession. And, of course, Krugman did it, too. “Although the Royal Swedish Academy of Sciences hasn’t asked for its award back, a cynic might wonder if Krugman’s economics writing had the same level of intellectual rigor as his political commentary.”

In January 2017, Reps. Jamie Raskin, D-Md., Pramila Jayapal, D-Wash., Barbara Lee, D-Calif., Sheila Jackson Lee, D-Texas, Raúl Grijalva, D-Ariz., Maxine Waters, D-Calif., and Jim McGovern, D-Mass., all objected to electoral votes for Trump. Now nearly all of them have joined the chorus against those who objected to votes for Biden.

democrats have a long history of calling elections rigged.

But all that was just fine as long as democrats were making the accusation. Now questioning an election is a crime.

These are the people who tell us we’re stupid for questioning anything.

Was the 2020 election rigged? Yes, the election was rigged.

It was rigged by Adam Schiff, who said over and over that evidence of Russian collusion was in plain sight.

It was rigged by the liberal media in what Brit Hume called “the worst journalistic debacle of my lifetime.”

It was rigged by the New York Times, Washington Post, CNN, MSNBC, Buzzfeed and Mother Jones

A reckoning is hitting news organizations for years-old coverage of the 2017 Steele dossier, after the document’s primary source was charged with lying to the FBI.

Why it matters: It’s one of the most egregious journalistic errors in modern history, and the media’s response to its own mistakes has so far been tepid.

It was rigged by the 50 idiots who once were part of the elite intelligence apparatus of this country. A list of their names can be seen here. They include John Brennan, James Clapper, Leon Panetta and Michael Hayden. Brennan was a DNI and the others headed the CIA, which explains how damnably stupid our intelligence services can be. It’s frightening. Chuck Schumer knew they were going to come for Trump

“Let me tell you: You take on the intelligence community — they have six ways from Sunday at getting back at you,”

And they did, which tells you that these agencies are not working for the country at large. Not one has apologized.

The 2020 election was rigged by the FBI, who buried the Hunter Biden laptop story since 2019

The FBI and Justice Department have been accused by “highly credible whistleblowers” of burying “verified and verifiable” dirt on President Biden’s troubled son Hunter by incorrectly dismissing the intelligence as “disinformation,” according to Sen. Chuck Grassley.

The ranking member on the Senate Judiciary Committee made the explosive claims Monday in an official Senate letter to FBI Director Christopher Wray and Attorney General Merrick Garland.

He insisted the allegations were so serious, they would prove — if confirmed — that both offices were “institutionally corrupted to their very core.”

“If confirmed.”  SMH. The very fact that the FBI did nothing with the laptop is more than proof. It is confirmation. The fact that the hatchet-agent Timothy Thibault even still has a job at the FBI strongly suggests that this whole thing was sanctioned from the top. You’ll note that just as with Kevin Clinesmith, it is the lower-level minions who take the spear.

This is no less vile than anything done by the protesters of January 6. It was a broadside attack on democracy. So you’ll have to forgive me if I no longer believe anything any of “them” has to say.

They can “Stand out of my light.”

The “system” colluded to steal the election from Trump because he was executing the wishes of the American people, and not the agenda of the Deep State, the WEF, the banks, the tech companies, or any other unelected parasite that has compromised our democracy.

Trump’s legacy is now unbreakable , and it turn, it will break these tyrannical creeps and their plans one way or another.

Like Churchill, Trump appeared when his nation needed him most.

I’ll begin by stating, unequivocally, that those who rioted at the Capital need to be punished in accordance with their specific crimes. They (and all of us) should be more careful and cautious about being used by those who incite.

But, those there with the purpose of protesting a fraudulent election had a legitimate reason to do so. I firmly believe it was stolen, but, though it is long past the time to do it, thorough and honest investigations are needed to confirm the facts. At the very least, whatever fraud was committed needs to be identified, confirmed and steps taken to prevent it from ever happening again.

As you mentioned, State Farm Arena was merely the first major instance of election fraud (or an overt, obvious, serious, credible suspicion of it) which, to date, has NOT been explained other than, “What are you talking about? There WAS no water main break!” Well, duh.

The left has no credibility left. They themselves destroyed it all by, first, lying and then never expressing regret for lying or being wrong. The laptop is far more than some goggle-eyed turd claiming to have all the evidence needed hidden away… it is emails, texts, photos, videos, voice mails and data that if presented by the prosecution in any case would trigger an immediate plea deal by the defense to try and get the best deal possible short of full conviction.

That the Democrats simply look away and try to pretend it doesn’t exist and never happened tells us all we need to know about their credibility, integrity and corruption.

“If elections are conducted outside of the law, the people have not conferred their consent on the government. Such elections are unlawful, and their results are illegitimate.” — Justice Rebecca Grassl Bradley, writing for the Wisconsin Supreme Court majority in Teigen v. Wisconsin Elections Commission.

Note well as per Wisconsin’s Supreme Court, Donald Trump didn’t have to prove the existence or extent of fraud, only deviation from legislative schemes. Because – nota bene! – the votes’ unlawful nature is the proof.

Justice Bradley wrote, “(A)ll lawful voters … are injured when the institution charged with administering Wisconsin elections does not follow the law, leaving the results in question.”
Quotes source:

Vote fraud is beside the point when the rules for how the vote is conducted are changed ILLEGALLY.

Jan 6. rioter who carried gun to US Capitol and threatened Nancy Pelosi gets more than 7 years in prison—but what about the man who sent him?

Guy Reffitt will go to jail for more than 7 years for allegedly bringing a gun to Capitol grounds. He didn't fire a shot, assault anyone or enter the building.

Michael Byrd executed Ashli Babbitt inside the building. He not charged, still has his job and is a media hero.

This is a perfect example. An anonymous coward blabbering something about "democracy" which means nothing because he's gratified a woman was killed by a Capitol cop who got away with it. All because Trump.

Same DOJ that wanted terror enhancement against a J6er who never entered the building and assaulted no one “settled” claims filed by BLM protesters outside the White House in 2020 and demanded new policies for police.

Can’t make it up, folks. https://t.co/OHcKRvuG2B

Jan 6. rioter who carried gun to US Capitol and threatened Nancy Pelosi gets more than 7 years in prison—but what about the man who sent him?

He didn’t threaten anyone; Pelosi wasn’t even in the building.

They were there to express their support for Trump. The FBI assets incited them to riot. Trump incited nothing.