The King of the World 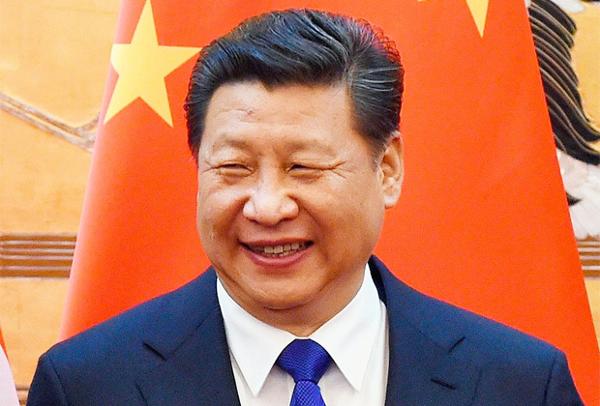 Biden gave a speech in 2011 in which he expressed his wish to have China integrated into the US:

“As a young member of a Foreign Relations Committee, I wrote and I said and I believed then what I believe now: That a rising China is a positive, positive development, not only for China but for America and the world writ large.”

“I hear these stories about how China is going to eat our lunch. Give me a break!,” Biden said, before adding, “they’re not bad folks. But guess what: they’re not competition for us.”

This gives us in an insight into Biden’s mind. He was already compromised. But that wasn’t all of it. Biden expressed the desire to share our technology with the CCP:

“The United States should undertake to make it easier for Chinese businesspeople to obtain visas to travel to the United States. It takes much too long for that to happen…Already, we have made thousands of new items available for export to China for exclusive civilian use that was not available before, and tens of thousands of more items will become available very soon. That’s a significant change in our export policy and a rejection of those voices in America that say we should not export that kind of technology too – for civilian use in – China. We disagree, and we’re changing.”

Xi Jinping’s investment in Biden absolutely struck gold when somehow a guy who never left his basement and promised to kneecap the US energy industry was elected.  Xi gleefully watched as the Joe Biden turned Afghanistan into a world class clusterf**k. He knew Biden is weak- a pretender without a real spine. Biden will do Xi’s bidding lest Xi expose Biden’s role in selling the office of VP for financial gain. Xi is extorting Biden. There’s no other explanation for Biden’s actions, which have all been in favor of China and the CCP.

Nancy Pelosi, the Speaker of the House, floated the notion of visiting Taiwan. China threatened to shoot down her aircraft. 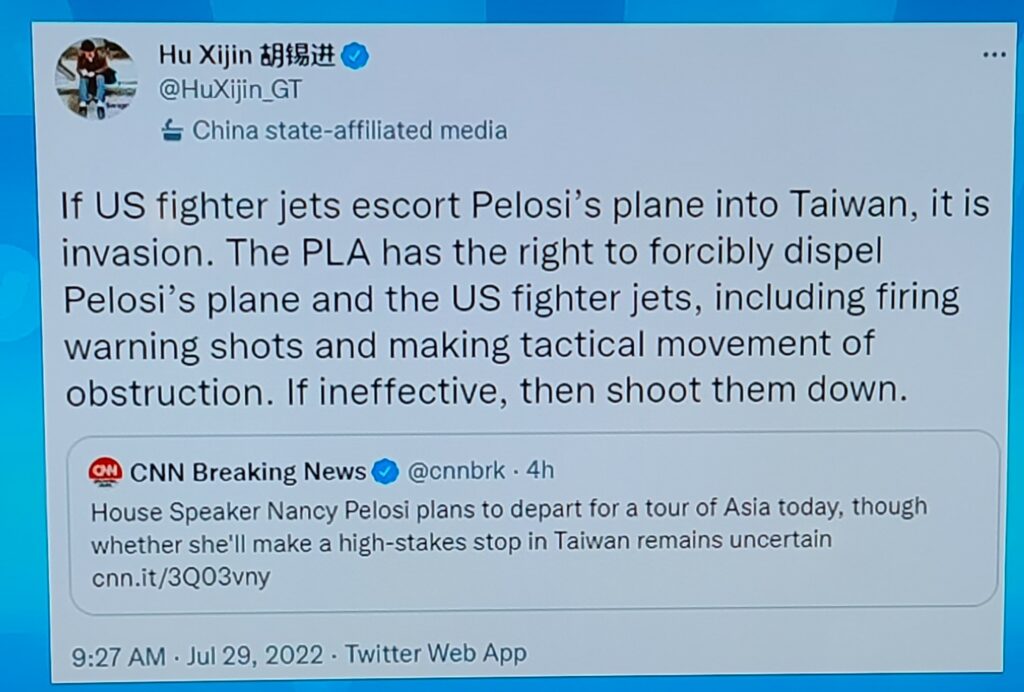 That’s pretty strong stuff. How did Biden respond to this overt threat?  That’s a trick question.

He did nothing. He’s done nothing but accommodate China. Biden claims to have spoken to Xi for two hours in which it is alleged that “Biden and Xi discussed “a range of issues,” including Taiwan, and the White House readout identified “climate change and health security” as areas where follow-up activity from U.S. and Chinese officials would be required.”

If Biden spoke to Xi about Taiwan, it was about Xi telling Biden what’s what.

Biden did not bring up the origins of COVID in the call. He also did not mention fentanyl. China is doing business with Mexican cartels to flood the US with fentanyl. Biden doesn’t even acknowledge it.

Biden opened the door for China to again steal US intellectual property.

Biden is watching China buy up farmland in the US- much of near to US military bases.

Biden is draining the Strategic Petroleum Reserve and selling it to Hunter’s Chinese company.

The green economy that Biden, House and Senate democrats keep pushing is a superhighway for American dollars to pour into China.

And it’s not just Biden. The current House leadership is also a CCP handmaiden

Senate Majority Leader Chuck Schumer (D., N.Y.) removed an anti-China security measure from a bill that invests billions of dollars in the U.S. technology sector, a move Republicans say would allow China to benefit from the spending bill and could kneecap the legislation.

The FBI seems under the control of China. It had the Hunter Biden laptop since 2019 but participated in the scheme to call it Russian disinformation to help elect China’s preferred candidate. Then we had those 50 filthy lying former intelligence officers telling us the laptop was Russian disinformation- including former Directors of the CIA- again to help elect China’s candidate.

They’ve all done the bidding of the Chinese Communist Party.

Xi is the King of the World